Back during the petitioning process when Phase 1 of HS2  was up in front of the parliamentary committee, HS2 Ltd made a number of promises. At the time, Stop HS2 was very clear exactly what would end up happening: any ‘assurances’ which they made would not be legally binding and given the track record of HS2 Ltd would end up being ignored; whilst ‘undertakings’ were legally enforceable and as a result, petitioners should aim to get undertakings, as anything else was worthless.

As things turn out, even ‘undertakings’ might not be so worthwhile, as HS2 Ltd has proven itself not to care too much about breaking various laws, or at least not providing evidence that they aren’t in not publishing legally required wildlife and water assessments, and of course their flagrant contempt for the 1973 Land Compensation Act, as displayed by their continual insistence on confiscating business properties without paying for them.

We will be covering the intention of HS2 Ltd to break both the Wildlife & Countryside Act 1981 and the Countryside & Rights of Way Act 2000 in our next article, but for now – and almost certainly of great interest to people on Phase 2a & 2b of HS2 who are being currently offered ‘assurances’ by HS2 Ltd – here’s what Luci Ryan of the Woodland Trust told an audience in Westminster last week: 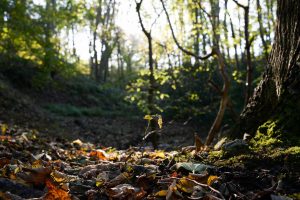 “The Woodland Trust is the UK’s largest woodland conservation charity. We own and manage over 1200 sites and one of our aims is for no further loss of ancient woodland. The Trust is not opposed to the concept of high speed rail as in theory it is a green form of transport. However, the current route of HS2 destroys at least 56ha of irreplaceable ancient woodland and the scheme will not be able to achieve its stated aim of no net loss to biodiversity.”

“So what are the major issues we have encountered so far?”

“In my experience HS2 Ltd. assumes that whatever they say will happen does happen. On a project this large, that is a very naïve approach to adopt. However, almost as soon as the enabling works on Phase 1 commenced it became apparent that things were going wrong. As a petitioner on HS2 you are offered assurances – non-binding agreements – to help put your concerns to rest. In total HS2 has issued just under 3,000 of these on Phase 1. Sixteen of these are to the Woodland Trust.”

“In late 2017, HS2 Ltd. breached at least three of these in regards to works at Newyear’s Green Covert ancient woodland in Ruislip. The breaches occurred because the contractors working on site were not even aware of the assurances because HS2 Ltd. legal team had removed them from the work package as they made it too wordy. As if this was not bad enough, it then transpired that HS2 Ltd. has no protocol in place to deal with breaches of assurance.”

“The Trust had to resort to threatening legal action in order to get to the bottom of what had happened. As a result of our experience the Trust has gained a commitment from HS2 Ltd. via the Phase 2a select committee that a protocol for dealing with breaches of assurance will be created and published. We are still waiting for this to happen.”

“HS2 employs a lot of people and staff turnover at HS2 Ltd. is high, leading to losses of institutional memory. I frequently find myself in the strange position of having to explain HS2 policy to new members of their staff. Before the Trust appeared at the House of Lords on Phase 1, nearly every single member of staff we had dealt with left.”

“The Trust is a large stakeholder in the HS2 process and if we find it difficult to get answers to our queries then individual landowners are going to struggle even more. HS2 also likes to send multiple people to meetings when maybe only one or two will do. We have never got to the bottom of why this is, although we suspect it is because there are so many new people.”

“Most memorably HS2 sent 12 people to see us at our office and yet only three of them spoke. I know farmers I deal with have similar stories of trying to cram HS2 staff into their kitchens. It’s unnecessary and I would suggest a waste of money. HS2 Ltd. has spent £2.5 million on train tickets in 2018 alone. This does not include contractor costs.” 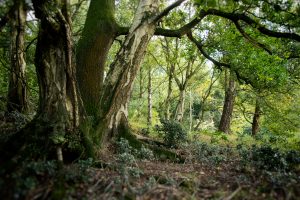 “Lack of protocols for dealing with stakeholders and high staff turnover affects the contractors as well. It is not unusual for contractors to contact the Trust directly because they have lost their regular HS2 contact and don’t know who their new ones are. This is not an efficient way to run a project.”

“So what can HS2 do? The good news is that I get to have monthly meetings with HS2 Ltd. so I do now have some consistency with staff I can contact. Although recent staff losses could potentially cause issues. The breach of assurances at Newyear’s Green Covert have resulted in a promise of a protocol which when delivered should make things easier for all stakeholders.”

“In addition, the Trust has secured service level agreements about the amount of notice we get relating to works affecting HS2. But again, I have found myself having to tell new members of HS2 staff about the existence of these agreements. This is not a professional way to conduct stakeholder engagement.”

“Despite this, the Trust generally has a good working relationship with HS2 Ltd. and we continue to meet on a monthly basis as well as attending the HS2 ministerial roundtable meetings.”

“However, I’m afraid to say that we remain entirely unconvinced that HS2 Ltd. is doing everything it can to avoid precious areas of irreplaceable habitat and as such we will continue to campaign hard for these changes to be made. Overall, too much of HS2 Ltd.’s activity remains alarmingly at odds with the Government’s wider ambitions for the environment.”

“So, in summary, a failure of governance, high staff turnover coupled with multiple contractors has resulted in institutional amnesia, which in turn has led to breaches of assurances. Unfortunately, nothing so far indicates to me that this will improve on Phases 2a and 2b.”