The Stop HS2 campaign has decried the route proposed for Phase 2b of HS2 is the “Most destructive and cheapest option”, as the proposed scheme is expected to displace more jobs than it creates, knock down over 1,000 homes and businesses, goes through 12 miles of flood risk areas, as well as 12 SSSIs, 12 conservation areas and 19 ancient woodlands. these impacts prompted the Woodland Trust to respond by saying “This is far worse than we were expecting”, whilst the National Trust commented that the “Plans laid out today do not yet appear to have taken our concerns on board.”

Earlier this year, it was announced that HS2 Phase 2b was being delayed for a year before being sent to Parliament.

The Environmental Statement for Phase 2b of HS2 contains a list of the impacts expected along the sections of HS2 proposed between Crewe to Manchester and Kinsgbury Junction in Warwickshire to Leeds. The previous Environmental Statements for HS2 have been heavily criticised for being inaccurate and ‘deliberately hard to follow’.

A consultation on the ES will now run until 21st December, prompting criticism that HS2 Ltd are deliberately trying to minimise the number of responses by setting the deadline on the last working day before Christmas Eve, when it is absolutely clear that a deadline of Wednesday 2nd January would give the public nearly an extra fortnight to respond but not cause HS2 Ltd any delays in beginning to assess the responses.

Impacts felt throughout the route of Phase 2b include;

• HS2 Ltd state the 8870 temporary jobs created in construction and supply chain have “The potential to result in improved income, employment status and self-esteem, and associated health benefits.”, but the 11,600 permanently displaced job are “Not considered to affect overall employment levels and associated levels of health and wellbeing across the population as a whole.”  HS2 Ltd estimate that a further 790 additional jobs could be lost through indirect effects.

• 58 million tonnes of landfill will be created by Phase 2b, 4 times the total annual amount of waste sent to landfill in the whole UK each year, with this route actually crossing 6 active landfill sites.

• HS2 Ltd state the route of the Proposed Scheme avoids flood zones wherever reasonably practicable, but goes through 12 miles (20km) of flood zones.

• 12 SSSIs and 19 Ancient Woodlands are known by HS2 to be directly affected by the scheme, with the Environmental Statement acknowledging there are likely to be more ancient woodland sites affected. Further sites indirectly affected.

• As well as sites directly affected by the route of HS2, there will be further disruption to both the conventional rail and road systems, which HS2 Ltd will assess at a later date.

• Over half of the 280km Phase 2b route will be on embankments (110km) and viaducts (39 km), making it visually intrusive into the landscape.

“With costs everywhere else along the HS2 route spiralling out of control, it is absolutely clear HS2 Ltd have gone for the most destructive, least cost option. The only reason anyone would ever decide to go through over 500 homes and over 500 businesses, along with 19 ancient woodlands and 12 SSSIs is because they don’t care about people, jobs or the environment, they only care about getting the costs down. Up to now, the only thing HS2 Ltd have been able to do effectively is burn money, and with this bargain-basement route, the people of the East Midlands, Yorkshire and Cheshire are set to pay the price.”

“A real concern for people losing their homes or businesses are HS2 Ltd’s actions on Phase 1.  Numerous people have found that HS2 Ltd have been refusing to pay for property  in a timely fashion. A recent National Audit Office report found that  in nearly half the cases they looked at, HS2 Ltd had taken more than three months to pay a penny to people whose property they had taken.

“HS2  is a hugely damaging project for the environment.  Across the Phase 2b route there are 12 SSSIs and at least 19 ancient woodlands directly affected.  And there are no environmental upsides to HS2.

“Time and again with HS2, the Government talk up jobs that might be created in the future, while ignoring job losses that are happening when businesses are lost to make way for HS2.  Potential benefits are spun by the government, but real consequences to the local economy now are brushed aside.” 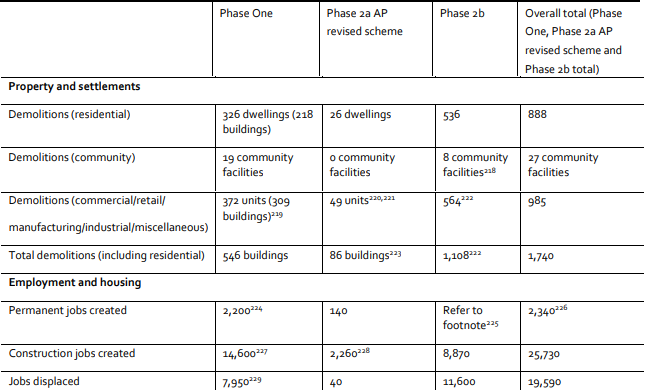 Discussing the deadline for the consultation ,Penny Gaines added,

“We also call on the government to extend the deadline from the last working day before Christmas Eve into the New Year.  It’s highly unlikely that anyone from HS2 Ltd will be working on the responses to the consultation in the week between Christmas and the New Year, but for individuals affected by HS2, these days in the Christmas break could give them a chance to review the many thousands of pages of consultation material. Extending the deadline would be an easy way for the government to show whether they are really interested in getting public input into the draft environmental statement, or if this is another box ticking exercise.” 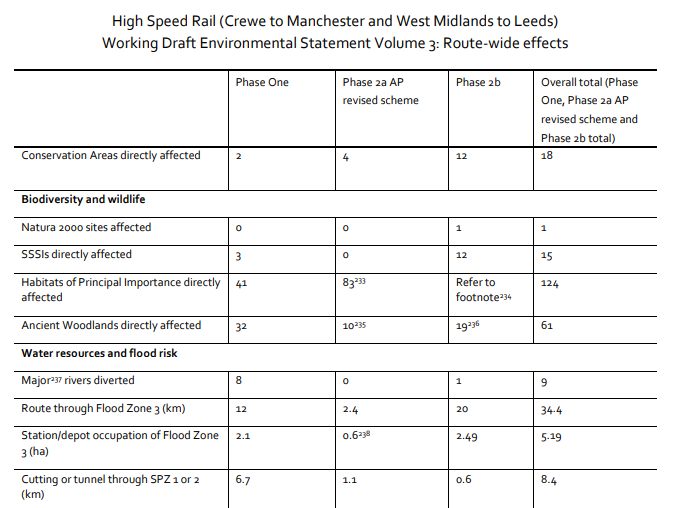