Whilst George Osborne is set to put HS2 on the election agenda today, he is almost certain to keep quiet about the fact Network Rail is gearing up to cancel planned upgrades to the existing network, but it does not seem they will announce them until after the election.

Private Eye (full article below) has reported on minutes from the board meeting of Network Rail in November, which stated;

“A further update would be brought to the Board in January, along with details of those items/projects that would be stopped or refused in order to live within the capital constraints.”

However, no such update was received in January, meaning the minutes of the March meeting which should detail the options for projects to cut, are unlikely to be published before the election.

Network Rail faces making cuts to upgrades to the existing network due to budget overspends. In 2010 electrification of the Great Western Line to Swansea was due to cost £600m, but now the budget to get only as far as Cardiff stands at £1860m. Midland Mainline electrification to Sheffield was put at £1180m in November, but just five months later, the cost is up to £1390m.

Whilst Mr Osborne is set to claim that Ed Balls would be betraying the North after he stated he wasn’t sure that Phase 2 of HS2 north of Birmingham should go ahead, he is less likely to mention that the current plans for Trans-Pennine electrification are on hold as Network Rail is ‘awaiting clarification’ of the projects from the Department for Transport.

Mr Osborne is expected to say:

“Ed Balls is now openly talking about cancelling £21bn of long term investment in the North and not going ahead with the second phase of HS2. That would be a huge blow to jobs in the north and the plans to build a Northern Powerhouse.”

“I am challenging the Shadow Chancellor to reverse his position immediately. After decades of the gap between the north and the south growing, it’s now starting to close. If that’s going to continue we must invest in projects like HS2. It would be a real blow to Yorkshire and the North West to tear up the plans, so that HS2 would never reach Manchester and Leeds. Even local Labour leaders here say that would be a disaster.”

“Outside of the Westminster Bubble, the only people who want HS2 are a handful of councillors, vested interest groups, and those who would be able to afford to travel on it as a business expense. The last set of opinion polls on HS2 showed only 24% of the public want it, yet out of touch politicians are not only wedded to this white elephant, but are misguided enough to think it is a vote winner.”  “If George Osborne thinks that anyone besides those with their snouts in a tax-payer funded trough thinks HS2 is what the public want at a time of austerity, then he is sorely mistaken. Upgrades to the existing rail network are what are desperately needed, but their costs are spiralling out of control and are set to be cut. The details of the projects under threat must how be published before the election, and that let voters everywhere know how serious politicians are about infrastructure spending.”

“Osborne might claim that HS2 will help the North, but he can hardly talk about tearing up plans.  The results of the Phase 2 consultation were supposed to have been made public last year, but this is being delayed for a year, meanwhile the part of HS2 south of Birmingham is continuing to be developed even though international evidence shows high speed rail boots the capital city more. “

“What’s more polls, show that more people are opposed to HS2 than in favour, even in the north. This government has used HS2 as a smokescreen to claim that they are trying to help the north.  Whichever government gets in after the election, they will have to make public the spending on HS2.  Rather than blindly follow the Conservative’s spending on this exorbitant white elephant, we call on the Labour party to scrutinise HS2 in a way that the Conservatives have refused.”

“In evidence to the House of Lords Economics Affairs Committee, northern leaders said that some were concerned that if HS2 was dropped, there would be no other spending in the north. But it wasn’t how they would chose to boost the north.  If Osbourne is so concerned, he should give the £50 billion that HS2 will cost to Northern council leaders to spend on whatever they want and see if HS2 is their top priority.” 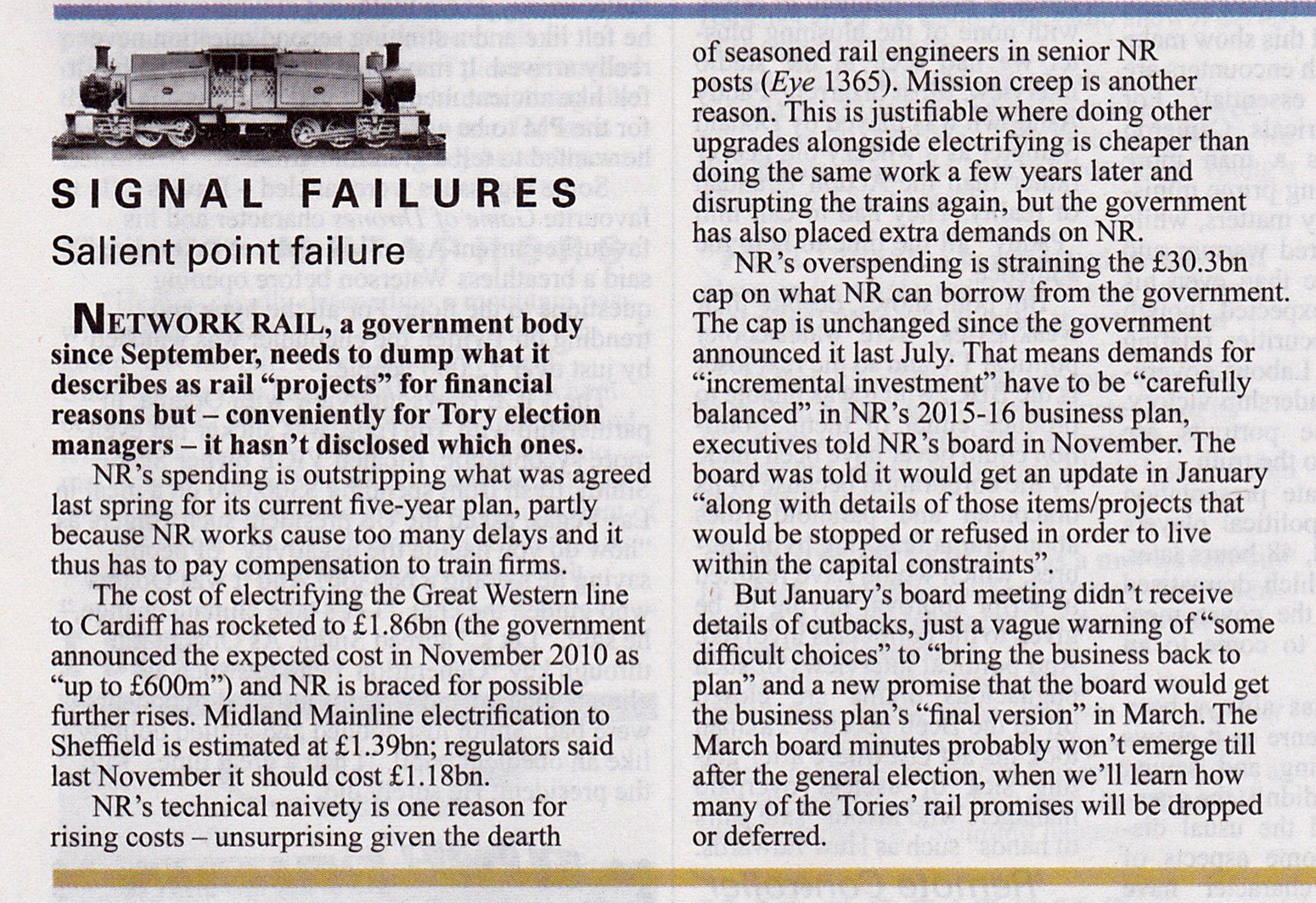