In March 2012, it was reported that Professor Andrew McNaughton, then the chief engineer at HS2 Ltd had told an audience in Derby that HS2 would lead to a new city being created around the proposed Birmingham Interchange station. While this idea was dismissed by politicians at the time, leading to an attempt at backtracking from McNaughton, last week the first set of plans for a ‘Garden City’ in the Meriden Gap which separates Birmingham and Coventry were announced by Solihull Council. 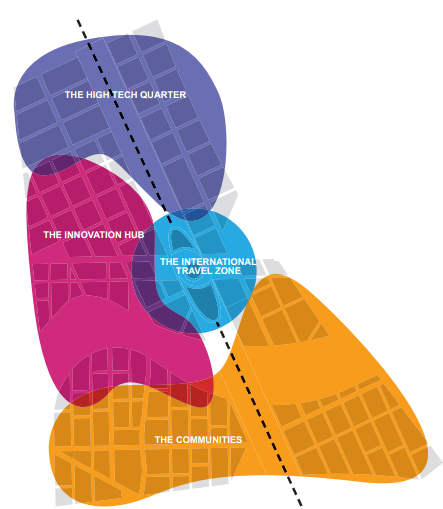 The start of development plans for the Meriden Gap

The Stop HS2 campaign believes these plans represent the first stage of planned green belt development around this station, and that this announcement may well be replicated in other areas where HS2 stations are planned to be sited.

In 2012, Meriden MP Caroline Spelman said of the idea for a new city:

“Like anyone who lives in the Meriden Gap, I too was appalled by the suggestion that a new city would be created in this precious lung of green space. I have asked HS2 for an explanation and they have categorically confirmed that there is no intention to create a new city in the green belt between Birmingham and Coventry.”

Solihull Councillor Jim Ryan described the suggestion of a vast urban sprawl as “totally bogus” and went on to say:

“The nutty professor should be placed in the stocks in Meriden so we can pelt some rotten cabbages at him. What this does do is focus our minds away from the real issue of the HS2.”

The public and political storm which ensued lead to McNaughton attempting to backtrack, and in April 2012 wrote to North Warwickshire MP Dan Byles, saying:

“At no point did I mention any new development in the Meriden Gap. I did speculate, based on experience from around the world, about the future development attractiveness of the area around the NEC bounded by the Airport and HS2, and at the centre of the motoring network.”

This statement seemed rather bizarre, because whilst he may not have mentioned the Meriden Gap by name, “The area around the NEC bounded by the Airport and HS2” is part of the Meriden Gap.

On July 10th 2014, Solihull Council announced it’s ’UK Central’ plans, which include a plan for ‘at least’ 2000 homes for 4000 people in the Meriden Gap, some way short of the potential for 100,000 houses which was reported in 2012. In 2012, it was speculated that the National Planning Policy Framework, coupled with an enterprise zone would facilitate development near the proposed Birmingham Interchange Station, and since then a clause has been inserted into the HS2 Hybrid Bill which allows for the compulsory purchase of any land if HS2 “gives rise to the opportunity for regeneration or development”.

“Since the start, we have said that HS2 is really a developers charter, and that top of the list for green belt development is the ‘Meriden Gap’ green belt which separates Birmingham and Coventry. People did all they could to deny this in 2012, but now we see the first plans on paper. For the moment amount of land to be taken by this garden city has been kept to a minimum, but we have no doubt that this is just the first stage in proposals for urban sprawl into the green belt.”

“Whether it is in Birmingham, Camden, Old Oak Common or the proposed station sites on Phase 2, the HS2 plans mark the start of a land grab and the Government wants to give itself the power to buy land anywhere where they say there is an opportunity for development. While HS2 itself will be a financial basket case which the taxpayer has to pick the bill up for, I am sure there will be a lot of developers licking their lips at the money to be made concreting over green belts in the future. Make no mistake, this is just the beginning.”