A judge has dismissed a case of aggravated trespass brought against two Stop HS2 protestors who last year had prevented HS2 Ltd from undertaking work, which they believe would pollute an aquifer that supplies water to London. This came the same day that Boris Johnson has said post-Brexit water supplies would be safe, with the site of potential contamination about half a mile from his Uxbridge constituency, which it supplies water to.

At Uxbridge Magistrates Court, District Judge Deborah Wright threw out the case against Sarah Green and Lora Hughes halfway through the allocated three days without even hearing from defence witnesses, because after a three-month adjournment the prosecution had failed to demonstrate that any offence had taken place.

The case was not helped by the fact prosecution witnesses contradicted each other, with HS2 Ltd land and property lawyer Claire Nash admitting maps presented to both this court and the high court previously were incorrect. Crucially for the protestors, the prosecution had accepted the defence evidence that the activities HS2 Ltd are engaged in at Colne Valley Park on the edge of London could seriously impact on the viability of water supplies to Greater London.

On December 11th 2018, Sarah Green and Lora Hughes had stopped HS2 Ltd from working at Harvil Road in Harfield, Green by climbing on top of a digger, Hughes by locking herself to it with a bicycle lock, because they were concerned that HS2 Ltd intended to drill through a chalk aquifer which supplies water to 3.2 million people. Drilling is still scheduled to take place in a pollution pathway from the Newyears Green Special Site of contamination. The protest lasted a couple of hours, with both women arrested and subsequently charged with aggravated trespass. HS2 Ltd have never published any assessment of the risk the project poses to water supplies, even though they have indemnified supplier Affinity Water against any loses caused by HS2 Ltd work.

The case had originally been brought to Uxbridge Magistrates Court on the 1st of April, with Hughes and Green charged with aggravated trespass, during which they had allegedly stopped HS2 Ltd ‘undertaking legal activities’. However, as their defence hinged on detailed legal arguments around their assertion that they had been preventing HS2 Ltd from undertaking activities which would be illegal under the water frameworks directive, the case was deferred to July 17-19th.

Surprisingly, the prosecution accepted the validity of written submissions, which included evidence presented to parliament from Affinity Water which stated that “HS2 works may significantly affect vital water resources and the resilience of supplies serving the area.” and  a statement from geologist Hayden Bailey that drilling (piling) could speed up the transit of pollutants into the chalk.

However, it was levels of incompetence that observers have become used to when it comes to the HS2 project that led to the case being dismissed. Claire Nash, the lead property lawyer for HS2 Ltd, said that a map which had been claimed to show land covered by an injunction at Colne Valley actually only showed the land owned by HS2 Ltd. She had first noticed this error when the map had been used to demonstrate land covered by an injunction at a case at the High Court earlier this year and alerted HS2 Ltd bosses. However this had not stopped the same map erroneously being used in court again at this hearing, to wrongly demonstrate the injuncted land prior to her evidence.

Prior to this, two witnesses appearing for HS2 Ltd had said the incident had taken place in two different places, both of which they incorrectly thought was in the land covered by the injunction. In addition, the CPS and HS2 Ltd had been informed long in advance that they would have to demonstrate that they had taken legal possession of the land at the time of the incident, but only managed to provide proof of possession to two of the three parcels of land which the incident is alleged to have taken place on. As such the judge ruled that she could not be sure beyond reasonable doubt that trespass took place and dismissed the case.

“HS2 must be prevented from destroying our drinking water sources and the chalk aquifer south of Harefield. With this court case we set out to do this and we have more work to do.”

“In this case the CPS did what HS2 Ltd never have, and fully accepted the defence evidence that HS2 pile driving in the Colne Valley could have a major impact on water supplies, and that the aquifer could be easily contaminated by known pollutants on this site.  We call on HS2 Ltd to immediately publish any assessments they have undertaken which would look at how their work would affect aquifers, and what the subsequent threats to water supplies and public health are. As Boris Johnson has pointed out today, water supplies need to stay safe and secure, yet right on his doorstep HS2 Ltd are treating them in a cavalier manner. This really has to be investigated properly, and like with everything to do with HS2, the public has a right to know the truth.” 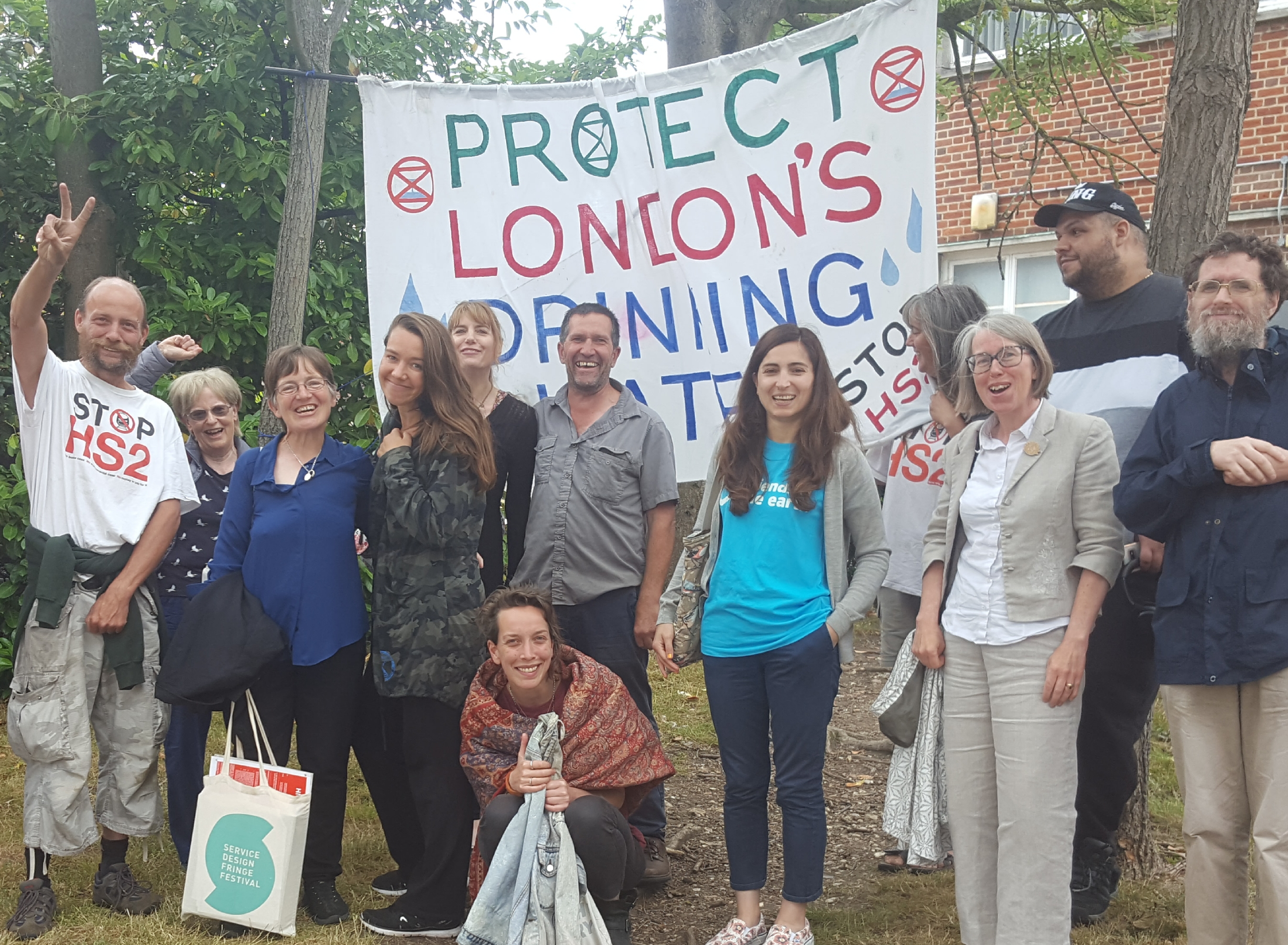 #ColneValley court case already suspended. #HS2 Ltd started by admitting their operations do put the #Chiltern aquifer at risk to try and disqualify the expert defence witness who came to say @HS2ltd is putting the aquifer and London’s water supply under risk. #StopHS2