Speaking to the Spectator, Transport Secretary Patrick McLoughlin has finally admitted that the HS2 Hybrid Bill will not be passed before the next general election, admitting that “I think one has to accept that perhaps through all its stages within the next 12 months is slightly ambitious,” he said. 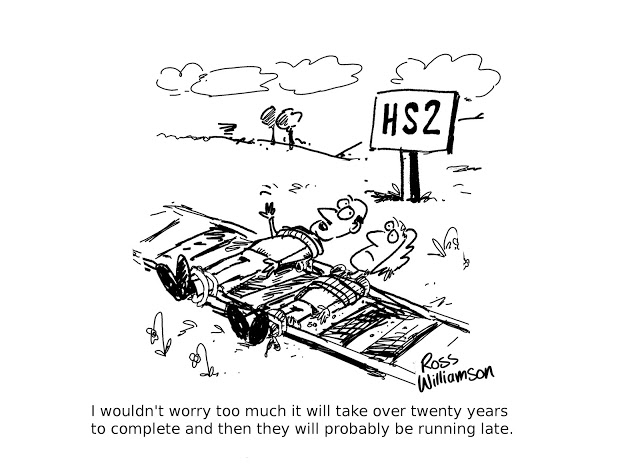 Continuing, the transport secretary said the legislation would have “started its parliamentary progress” by the time of the general election, but when asked if it would be completed he answered simply: “No”.

“Finally there is an acceptance from Government on one of the issues we have known for the last four years, the chance of getting the HS2 bill through before the next election are zero, and have always been. There have been over 20,000 responses to the Environmental Statement consultation, and the vast majority of those people will want to make petitions in Parliament. That process will take years, it was always going to take years, and it was always going to be that HS2 would be a major issue at the next election.”

“It has finally been admitted that HS2 will be an issue at the next general election, and politicians trying to justify the ridiculous levels of spending on HS2 will find that voters will not buy the spin and vote accordingly. Trying to justify HS2 to voters hit by cuts to public spending and needing infrastructure in their own areas will balk at the gross amount of money HS2 needs. It is clearly a vote loser, and those pushing it will lose votes.”

“Patrick McLoughlin has finally said publicly what the Government has known for some time – that they have no chance of getting the HS2 Hybrid Bill passed before the next general election.  With more and more people looking closely at the scheme, it’s becoming an electoral millstone.  Now that areas like Cornwall are campaigning against HS2, it’s time that the Government scraps the proposal and concentrates on the real transport needs of the country.

“All too often, HS2 Ltd has tried to crack on with a scheme that is really cracking up.  But recent Parliamentary committees showed this is a mistake, because Stop HS2 evidence meant that the Department for Transport was forced to extend the Environmental Statement consultation and so delay the second reading of the Hybrid Bill.”