“Currently, there are commuters in constant crush-hour conditions across the rail network, but instead of addressing those problems, out of touch politicians are promising to deliver HS2 for the business elite. Promising HS2 at this time is like building a Waitrose on rails that is of no use to the vast majority of commuters who are stood queuing in Aldi, all with the forlorn hope that someone will open another till.”

“When 72% of people say they want the HS2 money spent on the rest of the network, only 12% think it is value for money and 7% say they will never benefit from HS2, this only goes to prove that building HS2 is giving the country a Waitrose on rails, when the majority of people are queuing in Aldi.”

“Whilst about £4-5bn has been wasted so far on HS2 over ten years, we are now at the sharp end, and Government will soon have to decide whether or not to commit to spending around that amount every year for about 20 years on building HS2. That is a decision to give HS2 pretty much the entire rail infrastructure budget and accept that nothing else besides maintenance could be afforded for two decades, condemning commuters elsewhere to a cycle of continual crush-hour conditions.” 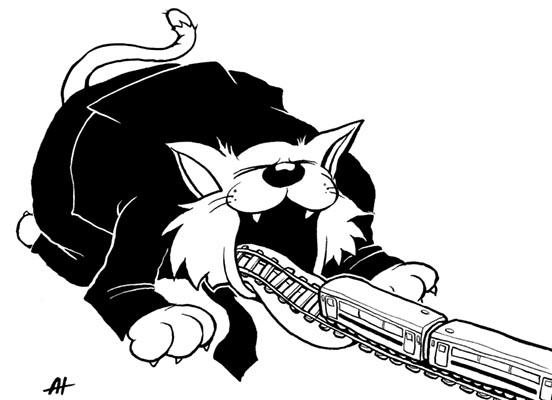 “It has been absolutely clear that HS2 has been out of control for a very long time, but instead of exercising scrutiny and control, we have seen the farcical spectacle of Government spending taxpayers money to lobby itself, to con people into supporting this Waitrose on rails.”

A ComRes poll commissioned to go alongside the Channel 4 Dispatches investigation “HS2: The Great Train Robbery”, has confirmed that there is little public support for HS2, with only 12% of respondents thinking HS2 is value for money and 72% of over 2000 respondent s believing the money would be better spent on the rest of the rail network.

With it being reported that the cabinet is divided over whether or not HS2 should go ahead, just 20% of respondents said that it should not be scrapped, and 7% of people were of the opinion that HS2 would ever benefit them in any way.

This is just the latest poll in which the public have shown a significant thumbs down to the project, and comes at a time when HS2 is more likely of being cancelled than it ever has been.

“The next few months are crunch time for HS2.  Yes, the Government has spent a lot of money already, but this is nothing compared to the ongoing spending that will be required for building HS2.  As this poll shows, the general public aren’t impressed by the justifications made for HS2, and think the money would be better spent on other railways, such as Northern Powerhouse Rail or commuter trains.”

“Given the huge budget for HS2 which far exceeds any other government project, and the doubts about the whole project, it is time to scrap HS2 in its entirety.”