Two firms which supply the crisis hit HS2 and Crossrail projects have admitted they ran a cartel, so they could artificially inflate prices and corner the market for pre cast concrete products.  Following an investigation by the Competition and Markets Authority, Derbyshire-based Stanton Bonna Concrete Ltd and Somerset-based CPM Group Ltd, have admitted that they held regular secret meetings over a period of seven years to control the market for pre-cast concrete drainage products.

The purpose of the cartel was to hike up prices and fend off competition, and operated from 2006 to 2013, during which time the cartel had fulfilled its’ purpose, increasing the companies’ market share from 50% to 90%. 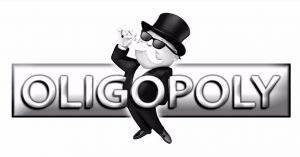 Last year, CPM Group was acquired by Marshalls, which new HS2 Ltd Chairman Allan Cook was Deputy Chair of from 2010 to 2015. A third company, the Northern Irish FP McCann, is also under investigation by the Competition and Markets Authority, but has not admitted to any wrongdoing.

Both Stanton Bonna and CPM will now face fines, the level of which will be set when the CMA investigation has concluded. By admitting they broke the law and operated an illegal cartel, Stanton Bonna and CPM will both pay a reduced fine. In September last year Barry Cooper, CEO of  Stanton Bonna Concrete was sentenced to 2 years’ imprisonment suspended for 2 years and disqualified from acting as a company director for 7 years, after pleading guilty to a criminal cartel offence under section 188 of the Enterprise Act 2002.

Around 70,000 sleepers have been manufactured for Crossrail by Stanton Bonna Concrete Rail, and whilst construction has not started on HS2, the enabling works which are underway include installing exactly the sort of drainage infrastructure the cartel was concerned with.

“HS2 only exists because firms with a vested interest in building it lobbied for it to be built. Right from the start HS2 has been an incestuous jobs-for-the-boys gravy train, and now we see that not even the law gets in the way of some companies desperate to not only get their slice of the pie, but get someone else’s slice and overcharge for it too. Recently, HS2 Ltd sneaked out a report that showed HS2 will cost two and a half times what high speed rail projects cost in other parts of the world, and with practices like this going on, it is hardly a surprise. This is just the latest in a long list of scandals surrounding HS2, the whole thing stinks and things will only get worse if politicians do not see sense and cancel it before it is too late.”

‘If HS2 goes ahead, it will be the most expensive railway in the history of the world. And this case shows part of the reason why: price fixing and other dubious practises by the suppliers.  There already are question marks over the ability and willingness of people working for HS2 to look out for taxpayers’ interests when you have examples like the new chair of HS2 Ltd having been chair of Atkins and deputy-chair of Marshalls.”

“In spite of the huge costs of HS2, features that would benefit local people affected by HS2 are being ignored and dropped.  For example, road bridges over the railway are being designed without cycle lanes and HS2 have allowed trees they planted to die within a few months.”