Last week the Conservative Home website conducted a survey asking for opinions on policies which could form part of the Tory manifesto. The published results of this survey show that HS2 is the least favourite policy amongst Conservative Party Members, with it coming rock bottom, 34th out of 34.

1,469 party members responded to the survey and were asked to give the policies a ranking from 1-10, with ‘Continuing with HS2’ averaging 2.96, just squeezing out ‘Spending at least 0.7 per cent of GNP on overseas aid’ on 2.97 for last place. 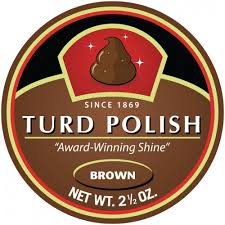 The polish is wearing off HS2

Conservative Home we quick to point out that the results did not match the stereotype of the older, home-owning, self-interested Tory, with strong support for housebuilding and a low importance placed on the pensions triple lock as examples of this. Additionally, there was overall support for the other infrastructure projects mentioned in the survey, and the specific suggestion of ‘Spending £100 billion on infrastructure during the coming Parliament.’ received a positive score of 5.82.

These results are in line with public opinion polls which have seen increasing opposition to HS2 over recent years.

“Over the years, public opposition to HS2 has increased showing that the public have not been conned by the HS2 spin, and this survey firmly shows that Conservative Party members haven’t been fooled either. The only people who seem to think HS2 is a good idea are politicians who think it might be a vote winner, but this result shows exactly the opposite, scrapping HS2 is what people want.”

“The General Election gives Mrs May and Mr Corbyn the chance to break free from the shackles of previous manifestos and blind support for HS2. We implore them to see sense and remove any commitment to HS2 from their manifestos, before billions of pounds are syphoned off by the contractors who have lobbied for this white elephant.”

“The results of the ConservativeHome poll show a clear lack of enthusiasm for HS2, coming in last place of a long list of options.  But this should be no surprise, as poll after poll have shown HS2 is not wanted.”

“Looking in more depth at the alternatives polled, the respondents aren’t against infrastructure spending or building new homes.  But there are a lot of other ways of spending the £55 billion allocated to HS2, not just the alternatives in the poll of nuclear power stations and schools.  Other ideas include expanding digital 4G coverage, the infrastructure needed for driverless cars and building a cycling network.”

The full list of survey responses is below, ranked by score out of ten: