After the recent disaster with the West Coast Mainline Franchise, Transport Secretary Patrick McLouglin said today (Monday) he will be ‘cracking on’ with HS2, despite the plans relying on many of the same flawed figures and methodologies. In a speech at Conservative Party Conference which was almost identical to the rhetoric heard from Philip Hammond two years ago, he spoke of ‘freeing up capacity’, without mentioning that this was code for £7.7bn worth of cuts to the existing network which will see fewer London-bound trains at 13 stations and slower services at 16 stations.

The speech covered mitigation and compensation, issues which have been spoken about for over two years with little action taking place. Other familiar topics, such as wishing to emulate the Victorians, not being able not to afford to do it but potentially spending more money on links to Scotland, and freeing up capacity on existing lines were mentioned.

What has only recently become apparent due to Freedom of Information requests is the scale of the service cuts ‘freeing up capacity’ will entail. Whilst the £7.7bn value of the cuts was available in the London West Midlands Appraisal Sheets which were released in the August update to the business case, only following the release of the “Demand and Appraisal Report, HS2 London – West Midlands.”, has it been revealed which existing stations will have fewer trains or longer journey times to London by train on existing routes.

Tables detailing the service cuts are below.

“Today at Tory Conference was ‘Groundhog Day’, Patrick McLoughlin came up with nothing but rhetoric and we have heard all these tired arguments before. Especially after the figures and methodologies from the Department for Transport were trashed last week, I can’t believe they are still talking about the Victorians without realising almost all the Victorian railway builders went bust. They still haven’t realised that we do not live in the Victorian age and there are more important infrastructure investments we need for our modern age if we are going to compete. McLoughlin has completely swept what happened last week under the carpet and whilst suggesting the project will cost more than £33bn with them looking at links to Scotland, he is saying we cannot afford not to do it, what planet are these people on and when are they going to start realising they will be found out in December when we go to court?”

“Like McLoughlin did today, proponents of HS2 have long said that HS2 will free up capacity. We have always know that this is code for ‘losing the train services you already have’, and it is only now, not through the DfT and HS2 Ltd operating in an open and transparent manner, but by squeezing the information out of them through freedom of information request, that we can see the scale of the cuts people will face. The Government are saying HS2 is for all of the country, but are being completely devious in not mentioning where the accompanying cuts needed to help pay for HS2 will fall. I am sure there are plenty of Mr McLoughlins own constituents who will not be happy with potential cuts in services to Derby and Chesterfield.”

“Today, Patrick McLoughlin announced his intention to rush ahead with the massively expensive HS2 proposal, a project that will cost over £33 billion. But it is less than a week since Patrick McLoughlin was making late night phone calls to the bosses of First Group and Virgin, to say that his department had got the sums wrong on rail projections for the West Coast Main Line franchsie.  Those mistakes in the Department for Transport are costing the taxpayer well over £40 million.  HS2 will be many times more expensive, with a price tag of £33billion and yet it appears McLoughlin wants to race ahead without even having a chance to thoroughly check whether this project uses similar assumptions.  We’ve seen that HS1 – a project that was under development when McLoughlin was a junior minister in the DfT – got the sums wrong on passenger forecasts, but that doesn’t seem to matter to a minister who is intent on dashing ahead with the HS2 vanity project.

“In his desire to copy the Victorians of nearly two centuries ago, McLoughlin seems to have ignored the fact that we now live in a completely different world to them.  If people today want to spend less time in travel, they use digital technologies and avoid the need for travel at all.  Like the last two Secretaries of State for Transport, McLoughlin seems unaware that videoconferencing can reduce travel times to nothing, not just Scotland but from anywhere in the world.  Investing in broadband infrastructure is the real 21st solution.”

“For the third time in nine months a Conservative Secretary of State has promised a proper compensation package. But ministerial waffle is not the same thing as action to end the blight which is wrecking so many communities. Many loyal Tory voters will today again be wondering why they are being treated with such contempt by a Conservative-led Government.”

“We were told two years ago by Philip Hammond that there would a compensation for people impacted. We’ve been waiting for 2 years and they can’t sort out a sensible scheme.  It’s smacks of incompetence on their part and disdain for the people affected, bordering on contempt.  They keep on saying they want to get it right, how many years do they need?” 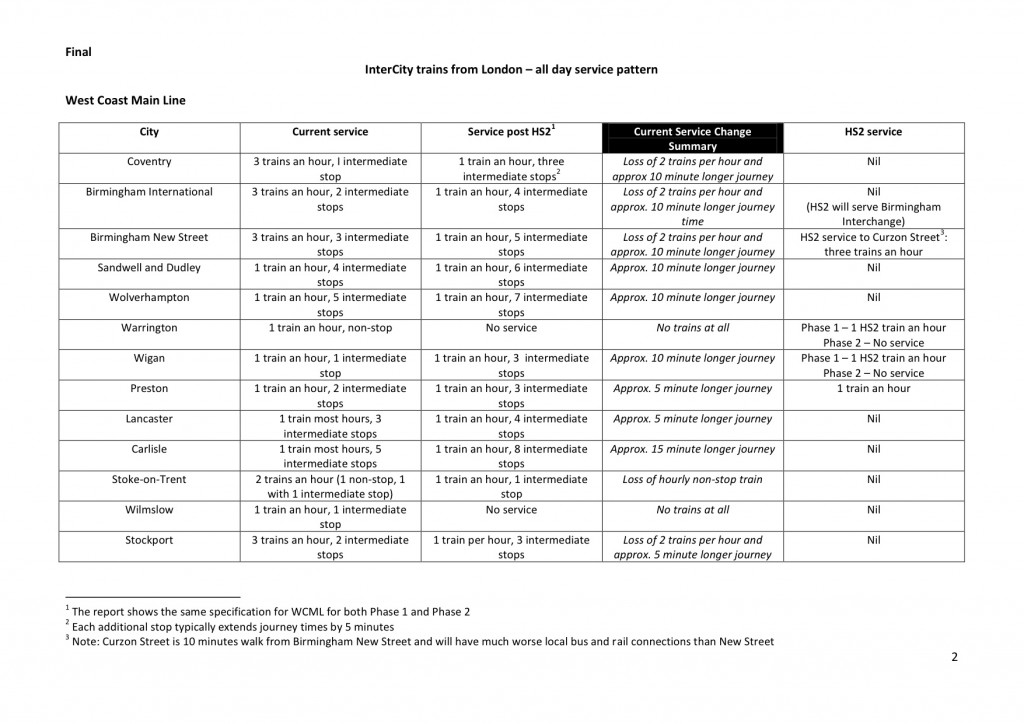