This is a guest post from Ealing against HS2, shows pictures they took on the 16th July. 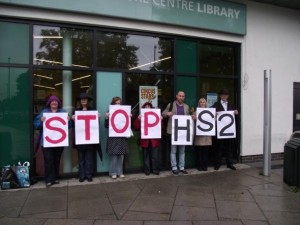 Northolt residents braved heavy rain to say “No” to the proposed high speed rail link. They stood outside Northolt Library which faces an uncertain future under HS2. 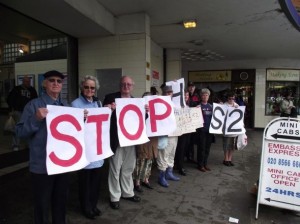 Greenford Station is very close to one of the bridges that would be replaced under HS2. HS2 Ltd were unable to say what impact construction work would have on local transport links and commuters. 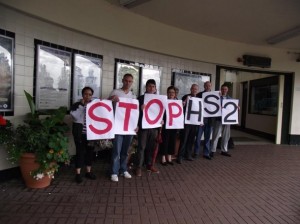 The residents of Perivale have campaigned for two years about the potential problems of HS2 which really will be in their back yard. 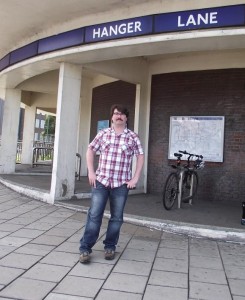