Stop HS2 have launched a myth-busting factsheet for MPs and peers to counter much of the spin that has been surrounding the HS2 project. Key points include:

“Much of the case for HS2 has relied on getting politicians to believe and repeat fact-free bombastic rhetoric and wishful thinking, but with this white elephant truly on its last legs we have not only seen increasingly more desperate claims being made, but also the clear and plentiful negatives about the project are being dismissed by HS2 Ltd and its supporters with an almost sociopathic arrogance.”

“The facts of the matter are simple, there was never an assessment of what was needed for UK transport infrastructure. Instead, people with vested commercial interests in seeing the Government commit to building the most expensive railway in the history of the world lobbied hard, and got what they wanted. All the problems with HS2 stem from this point, and that is why as the costs have skyrocketed, the lobbying from those realising just how much gravy there is on this train has intensified. It has always been the case that more benefits can be delivered to more people, more quickly, more sustainably and for significantly less money than HS2 by investing in the short distance journeys within regions that the vast majority of people take every day, it is just a shame it has taken ten years for politicians to start accepting that truth.”

“There are a lot of misconceptions flying around about HS2.  Some of these are just misunderstandings, or are based on out of date information, some of them are being suggested by the kinds of people who are lobbying for HS2.  What we wanted to do was to put together a myth-busting briefing for Members of Parliament, especially new MPs, so they had all the latest information.  Of course, it is not just for people in Parliament, it is for everyone who is interested in finding out the truth about the downsides of HS2.”

The Stop HS2 Myth-Buster can be found here 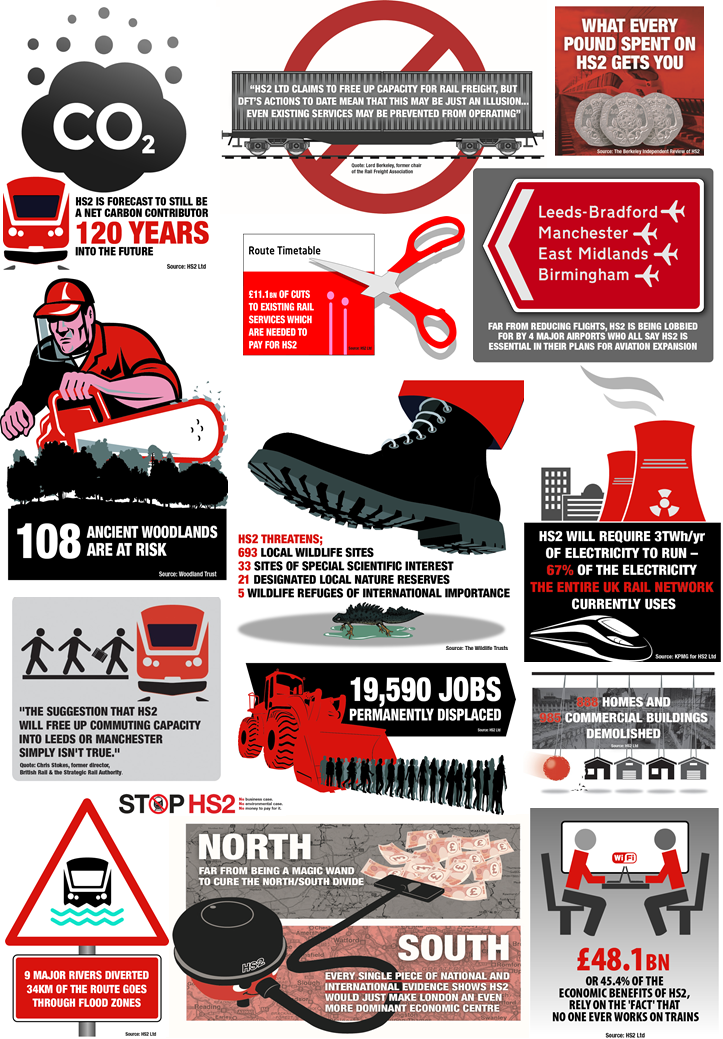