Today (31st January 2017), as the House of Lords prepares to debate the third reading of the HS2 Phase 1 Hybrid Bill, campaign groups including TaxPayers’ Alliance, Friends of the Earth and Greenpeace have launched an advertising campaign aimed at MPs who would still have to approve the Bill, following Government amendments in the Lords. 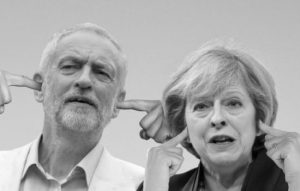 The advert aims to draw attention to the economic, environmental and human costs of HS2 and the fact that only 1% of the public say HS2 is their top spending priority. It is also stated that HS2 is likely to draw economic activity away from the North of England, there are far less expensive ways of providing the capacity and connectivity needed in our rail network, and that Government have ignored expert opinions and stronger plans to improve our rail network.

The campaigns will are asking for one final time for people to contact their MPs to stop HS2 via http://www.foe.co.uk/go/hs2.

“From start to finish, HS2 has been a vanity project, driven by vested interests seeking to rake in billions of taxpayers pounds building it, and politicians so blinded by the idea of leaving a legacy that they point blank refuse to accept any of the facts concerning this white elephant. Every argument supporting HS2 has simply been made up to make it seem like it is a good idea, whilst the reality is there have always been better ways of delivering capacity and economic benefits to more people more quickly for less money, which would be kinder to the environment and cost less to run. There is still time for Parliament to see sense sense and cancel this enormous boondoggle.”

The HS2 Phase 1 Bill has its third reading in the House of Lords today.  However, with another Bill and a debate timetabled to follow, it seems the Government are planning to rush it though.  This however would be in keeping with the Commons Third reading, when the actual debate lasted for 37 minutes, at approximately £1.5 billion per minute.

You can watch whats going on in the House of Lords main chamber here.

We will be watching and tweeting – follow @StopHS2. And we’ll also be tweeting as @Penny_Gaines and @JoeRukin.