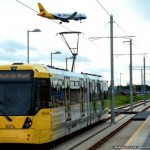 Last week’s announcement by the Government on airport expansion removes the central argument that sparked the case for HS2.

The high-speed rail project came out of the Labour Government in the aftermath of its decision not to proceed with a third runway at Heathrow.

Along came the 2010 General Election and to many people’s amazement the Coalition Government picked up the batton and ran with it. With its Heathrow spur and direct link between HS1/HS2 it was a “breakfast in Birmingham, lunch in Brussels” kind of a world. How we marvelled.

Except on this momentous day, there is no longer either a Heathrow spur or direct HS1/HS2 connection. Speed as a justification has also be jettisoned from the train.

We are left with a £56bn project that gives us additional capacity, but not where it’s most needed; that will exacerbate the North-South divide rather than rebalance the national economy; and will cause unimaginable environmental damage from a route designed to deliver speed above capacity.

And it terms of value for money we now have a Secretary of State on the footplate who stated on Sunday that the project will never become too expensive.

So the third runway is back on the agenda and all the while the shiny train speeds through taxpayers’ money with not a red signal in sight.

Fasten your seatbelts it’s going to be a bumpy night.