The Parliamentary and Health Service Ombudsman, Dame Judy Mellor, has today published a report into complaints made about HS2 Ltds failure to deal properly with residents. Overall, the Ombudsman considers that HS2 Ltd’s actions were not open, accountable, or customer focused. The report also concludes that several of the ways HS2 Ltd dealt with a small community constituted maladministration, which included an attempt to blackmail a resident into dropping the complaint which led to this report.

Dame Judy has specifically said she wants Parliament to hold HS2 Ltd to account to ensure it has learnt from this case, as well as ordering HS2 Ltd to apologise and pay compensation to the families ranging between £750 and £4,000. In her report, Dame Judy used the words ‘maladministration’ or ‘maladministrative’ 26 times, concluding: 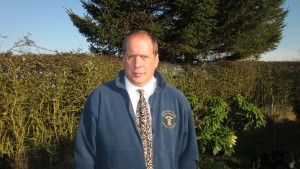 “I found that overall HS2 Ltd’s actions fell below the reasonable standards we would expect, so much so that they constituted maladministration.”

The report concerns the hamlet of Flats Grave Lane and Knox Lane in Staffordshire, which would be destroyed if HS2 goes ahead. The community proposed that instead of taking compensation, the hamlet could be rebuilt elsewhere, meaning they could stay together. Despite what HS2 Ltd are claiming, they did not ask HS2 Ltd to do it for them, merely assist in terms of administration and funding. The PHSO found that whilst HS2 Ltd had encouraged the community to work with them, and the community had attempted to do so, they had been completely strung along. The report concluded that the community:

“Spent considerable time and effort drawing up proposals, but over the course of two years HS2 Ltd repeatedly failed to communicate their views on the proposals within agreed deadlines, cancelled meetings at the last minute and postponed other meetings, giving the families false hope that their plans would be considered, when in fact no feedback was ever given and it is not clear if the proposals were fully considered at all.”

Possibly the most serious count of maladministration related to HS2 Ltd attempting to blackmail a resident, Mr Jonathan Loescher, telling him they would only proceed with the relocation plan if he dropped his complaint to the PHSO.

Whilst this report is into the specific failings regarding one community, people up and down the HS2 line will feel that it applies to them, recognising the high-handed and dismissive way they were dealt with by HS2 Ltd, who saw community engagement as an inconvenient requirement, which became no more than a box-ticking exercise.

Other points from the report include:

“This report lays bare the fact a culture of disinterest, deception, maladministration, blackmail, and unaccountability is endemic in the way HS2 Ltd treats human beings as an unfortunate inconvenience to be strung along and ignored, with so-called ‘community engagement’ being nothing more than a box-ticking excercise. Even now HS2 Ltd are trying to spin their way out of this, claiming the community asked them to complete the proposed relocation for them, which they did not, and claiming the everything is now sorted with the appointment of a ‘Residents Commissioner’, who reports directly to the Chief Executive of HS2 Ltd and is not allowed to talk to residents.”

“Whilst the Ombudsmans’ report is concerned with only one community, it could have been written about any of the places HS2 is planned to go through. HS2 Ltd has systematically failed to listen the communities along the line or to treat them like human beings. Getting feedback on mitigation proposals has been like getting blood out of a stone, and as the Ombudsman has concluded in this case, it is not clear if any of the proposals put forward by communities anywhere have ever been considered at all.”

“The report calls for Parliament to hold HS2 Ltd to account as a result of maladministration, which we feel is endemic within the organisation, but as many of these issues are well known by MPs, we will not hold our breath.”

“The culture of how HS2 Ltd treats those affected by the scheme is endemic right to the very top of the organisation. Four members of the HS2 board were aware of, and involved in, the details of our predicament and proposals, but nothing was done to rectify the issues raised in the 23 formal complaints. It is bad enough having your community, home and livelihood destroyed by a project such as this but the poor treatment we received at the hands of HS2 Ltd in addition was simply unacceptable.”

“We hope that through this report lessons will be learned and systems be put in place to ensure that HS2 Ltd is held properly accountable for the way it treats affected communities in future. We believe that these issues stem from a lack of any effective independent systems of accountability for how HS2 Ltd treats those communities affected by the HS2 scheme.”

“This is a national disgrace. We understand that a semi-autonomous and semi-commercial organisation like HS2 Ltd has been charged with building the railway as quickly and cheaply as possible. This should not, however, be at the expense of the proper treatment of affected communities who have lost all normal property rights. Unfortunately, there is a direct conflict with treating affected communities with the appropriate standards of care. This model of managing national infrastructure projects is therefore fundamentally flawed and needs to be looked at again by Government.”

“Despite HS2 Ltd encouraging those affected by the project to work with them to come up with solutions, these families were made to feel as though their proposal had simply disappeared into a black hole, leaving them with no option but to accept compensation for their homes and abandon any hope of them staying together as a community.”

“The ordeal these families have endured highlights the dire consequences of public sector organisations getting it wrong and not communicating effectively with people.”