Protected wildlife, established woodlands and rare wetlands in Denham Country Park (DCP) and surrounding areas of Buckinghamshire are being decimated by HS2 Ltd as the government rushes to ‘get HS2 done’ while threatening peaceful protesters with arrest 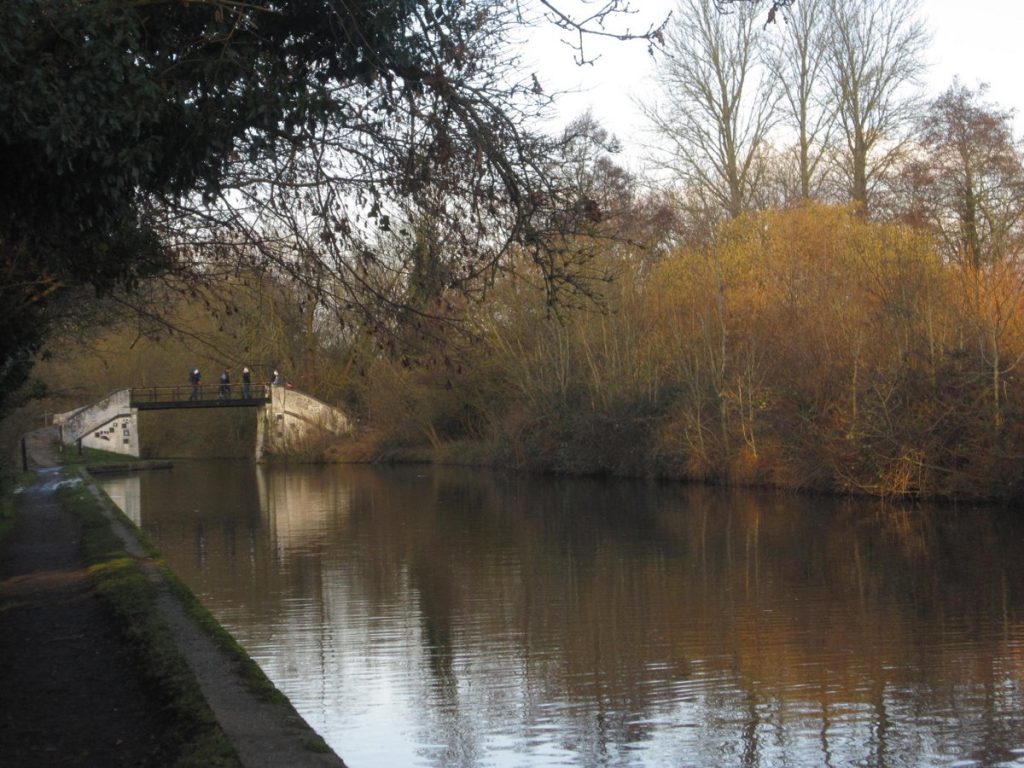 Denham Country Park, where HS2 is currently doing their ‘enabling’ works of removing vegetation, including habitats for protected species

Despite former pledges to delay non-essential works to clear vital woodlands and protected habitats for HS2 until 2020, the government is now hurrying to get what it refers to as ‘enabling’ preparatory works done at Denham Country Park (DCP) and other sites ahead of any official approval of the completed Oakervee Review, publication of which has now been postponed until 2020 following the general election. Ostensibly, this is to facilitate quicker resumption of the full-scale works once the review has been passed.

As a result, HS2 Ltd is currently cutting down ancient trees, destroying wetlands and woodlands, and disturbing habitats of many legally protected, rare, endangered wildlife species unique to the UK. These include water voles (on which the character of Wind in the Willows’ ‘Ratty’ is based), stag beetles, eels, great crested newts, harvest mice, hazel dormice, barn owls, snipes, teals, polecats, hedgehogs, muntjac deer (non-native but protected under the Deer Act 1991), common shrews, lapwings, European badgers and several species of bat – Leisler’s, Natterers’, Serotine and Brandt’s – also the exceedingly rare Bechstein’s bat, known to inhabit woods near Great Missenden where works are scheduled to commence.

Why these highly destructive works – described by members of the Green party as ecocide – are being pushed through despite being slammed by the review’s deputy chair, Lord Berkeley, and repeated warnings from external environmental advisers such as Matthew Frith of the London Wildlife Trust, is as yet unclear, although according to a leaked report, the work was given the go-ahead under Boris Johnson’s leadership.

This comes as devastating news for many of the increasingly environmentally aware public who are opposed to the scheme, not only because of the spiralling, out-of-control costs and further projected delays of the contentious high-speed railway project, but because of the additional problems this raises for the UK’s future as catastrophic climate challenges increase. The decimation of tree cover in the areas HS2 will pass through will not only magnify carbon emissions, but will also erase much-needed flood defences strategic to protecting homes and livelihoods as rising sea levels cause UK rivers and tributaries to swell.

Further distressing developments have ensued as HS2 Ltd has employed members of the Thames Valley Police (TVP) and Metropolitan Police forces – diverting a supposedly reduced task force paid for by public taxes away from protecting the public from serious crime – to safeguard works against interference by environmental protestors.

After a few days of an apparently mild and amicable stand-off between protesters and HS2 staff near the canal separating Bucks County Council-owned land from that owned by Hillingdon borough, police arrived and began threatening, intimidating, assaulting and arresting protesters who were attempting peaceful non-violent direct actions in protest of the works. Several arrests and threats of arrests have been made in the past few days, with evidence of police harassment and brutality towards protestors who were simply attempting to save the habitats from further destruction. 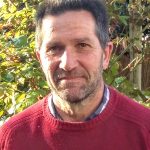 Green Party member Mark Keir, who was arrested for protesting at DCP

Green party member Mark Keir, who is a contender for Mr Johnson’s seat in Uxbridge, is among those arrested on more than one occasion while participating in the protest, and possibly specifically targeted by police. Keir was tried at court last week and released on bail on condition he did not approach within 10 metres of an HS2 gate, however he was re-arrested on Wednesday 3 December immediately after he walked along the canal in the public park to record a live video on Facebook of the areas to be destroyed by HS2. He was taken to High Wycombe police station and was due to appear in court again on Thursday, 4 December.

At present, anyone suspected of ‘aggravated trespassing’ – even in a public environment such as DCP – in the areas where HS2 workmen are engaged in their ‘enabling’ work of ‘strimming’ (e.g. stripping woodland ‘vegetation’, including rare and valuable wetland plants, which provide habitats for many of the threatened wildlife species listed above) is likely to be threatened and/or forcefully removed. Once the strimming work is completed, HS2 will proceed to fell trees, whether or not they are found to host hibernating bats or other endangered species. This will certainly have a negative impact on visitors to the park, which is often used to provide environmental education to schools and children living near London.

Although several other environmental activists, Green party members, wildlife scientists and concerned members of the public have witnessed and recorded photographic and video evidence of HS2 damaging habitats while working in the Colne Valley area’s Sites of Specific Scientific Interest (SSSI) and other sites such as Harvil Road in Harefield, and have questioned why these activities are going ahead without evidence of any lawful licences or proper mitigation, they have received little or no response from the relevant authorities under government body Natural England – and what evidence was initially supplied under Freedom of Information (FOI) requests has either been minimal, vague or inconclusive. Rebecca Lee of Natural England (NE) promised to send the evidence immediately, however instead only sent an automated email stating the information requested would be sent within the standard 20 days – unfortunately preventing any timely intercession for the threatened animals.

Suspiciously, it is only as a result of recent persistent questioning from activists that HS2 has suddenly – as of yesterday – altered its information to include some elements of NE licensing to disturb bat roosts in trees and buildings. However, it appears the licences HS2 has apply only to great crested newts, bats and badgers; there are no licences for other legally protected species such as water voles, whose unique cylindrical droppings and waterway burrow structures have been clearly seen along the canal area where HS2 is presently working. The NE licences are also generic, whole-route licences rather than including any site-specific mitigation or provision. 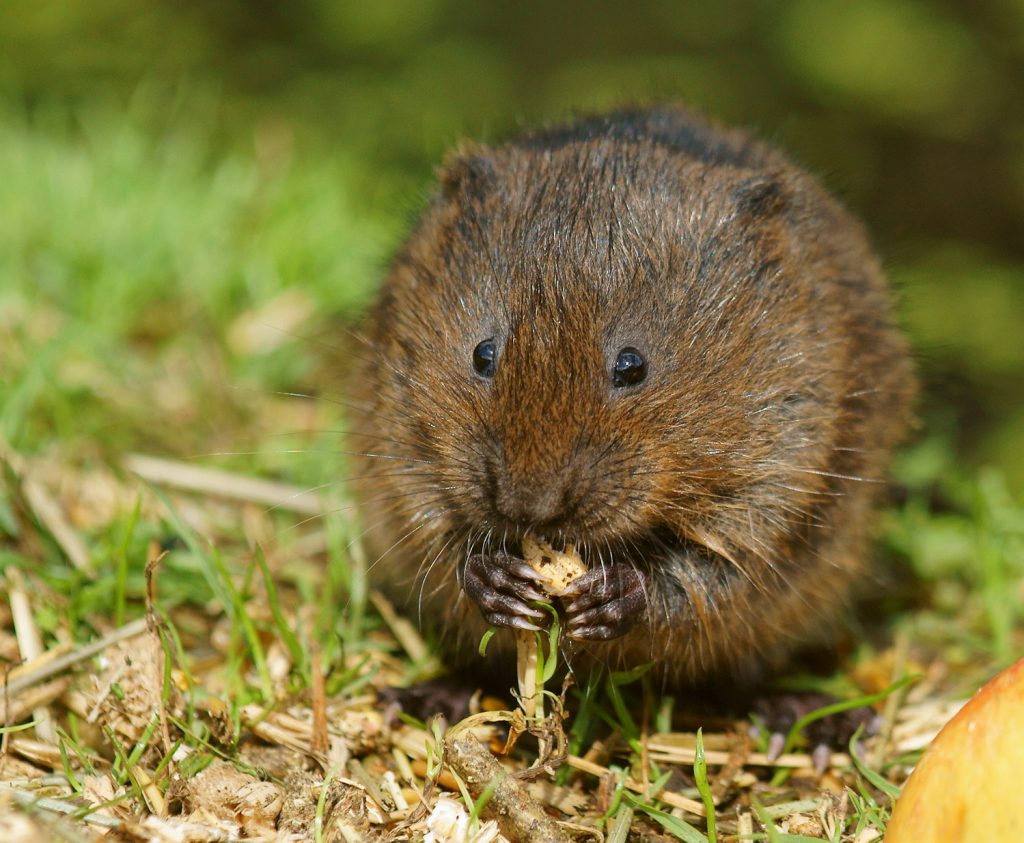 The rare, endangered and protected water vole, which is known to inhabit areas of the park where HS2 is currently working

Further, as there is no evidence, as per HS2’s public pledge, of any appropriate mitigation being done on behalf of these protected species in advance of the works, such lack of open information, transparency or willingness to substantiate works with evidence to concerned members of the public gives the appearance of illegal, questionable and underhanded doings.

Sgt Ludovici further intimated that the police are in fact unaware of any actual UK, European or international wildlife laws, which are clearly displayed on the Wildlife Trust’s website. While HS2 apparently had substantial input from knowledgeable ecologists earlier on in the planning stages, no such persons were actively present during the works to advise on the proper treatment of affected animals. According to the Bat Conservation Trust’s consultation notes, they had advised HS2 to take great care not to disturb hibernating bats, however HS2 workmen were observed yesterday removing ivy from tree holes where it is known hibernating bats are likely to roost.

Buckinghamshire County Council Parks Manager Andrew Fowler explained that although they had petitioned HS2 Ltd to halt the works until after the Oakervee report had been published, the Government had rejected their petition. He said: “We are against HS2 also, but there is nothing we can do – our hands are tied.” While Mr Fowler has agreed that having a knowledgeable wildlife expert on site to advise and assist the HS2 workmen with mitigation efforts would be of some help in protecting the affected wildlife, it is unknown whether he or Bucks CC, who own and manage the park, will ramp up efforts to ensure this takes place.

A dead swan found last week within the park’s vicinity was removed by charity Swan Rescue, who promised to undertake an autopsy, but later claimed they were unable to follow up concerns of its death being caused by water pollution because it would have to go through the Department for Environment, Food and Rural Affairs (DEFRA). The charity said DEFRA would be unlikely to investigate until multiple swan or other waterfowl deaths had occurred – by which time it would be too late to prevent.

Whether the actions described above are being done knowingly or out of ignorance, as the government is determined to proceed with these highly destructive ‘enabling’ works, the result will be a gross, unwarranted and irreplaceable loss of precious, diverse and rare wildlife and richly biodiverse habitats – and sadly, once they are gone, they cannot be restored, and will be lost forever to future generations.

Jane Cahane is a freelance journalist and editor, and was formerly editor-in-chief of The Investigative Journal