HS2 has been accused of unethical behaviour and deliberately trying to prevent “red list” birds (species of highest conservation priority) from nesting by sending captive hawks into ancient woodlands, with the RSPB encouraging the public (letter below) to report HS2 Ltd to the police for the crimes they are intending to commit. The RSPB has also said that we can’t afford developers like HS2 “playing Russian roulette with our wildlife” and that “their efforts to try to stop birds nesting simply won’t work. It is perfectly possible to build new railway lines in a way that minimises damage and delivers a net gain for wildlife rather than a loss”. In the Channel 4 News piece below, the Woodland Trust asks “why would you deliberately prevent birds from nesting?” and says the environment that is now paying the cost because of HS2 Ltd’s failures to stay within budget and on schedule. 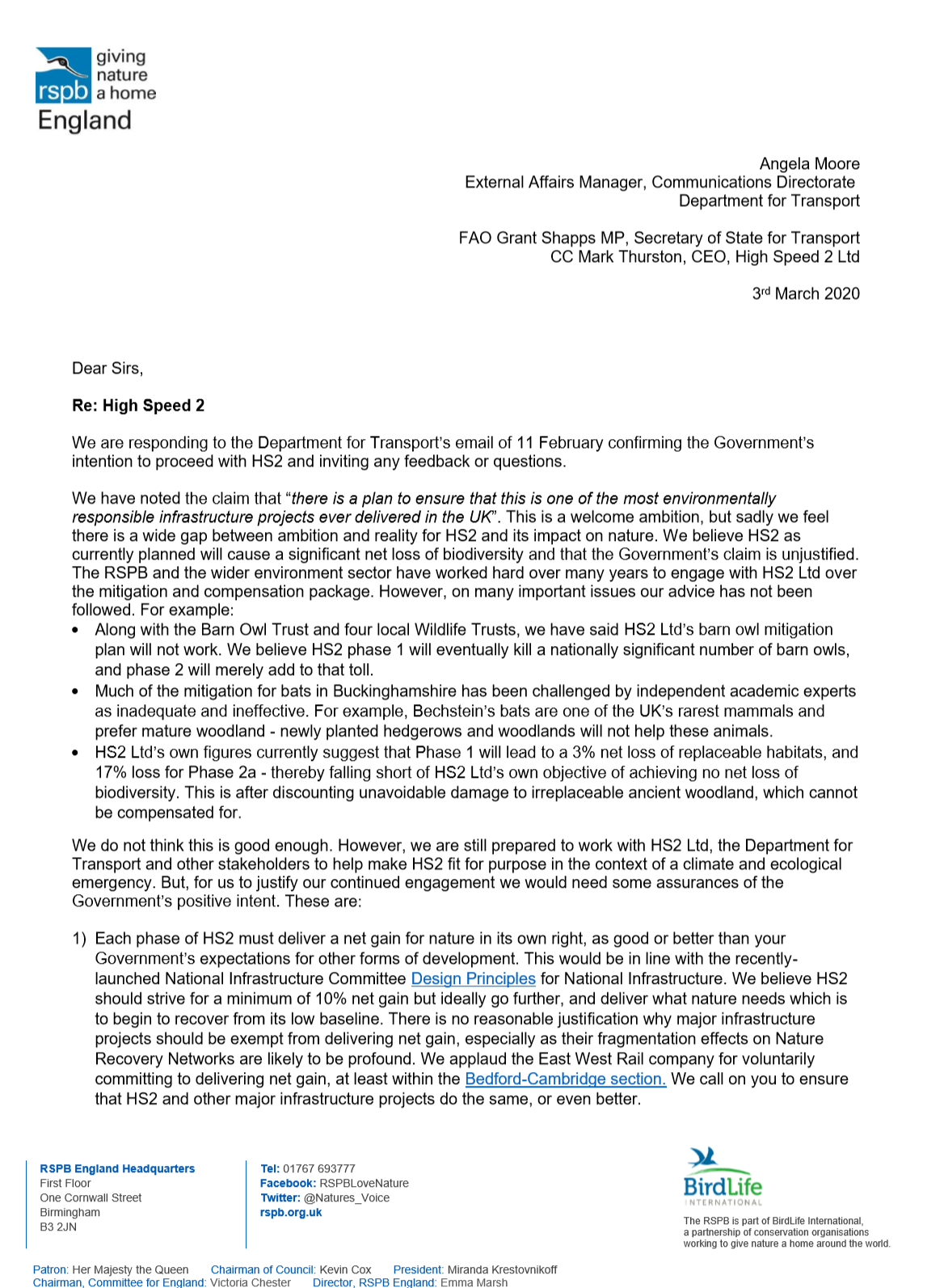 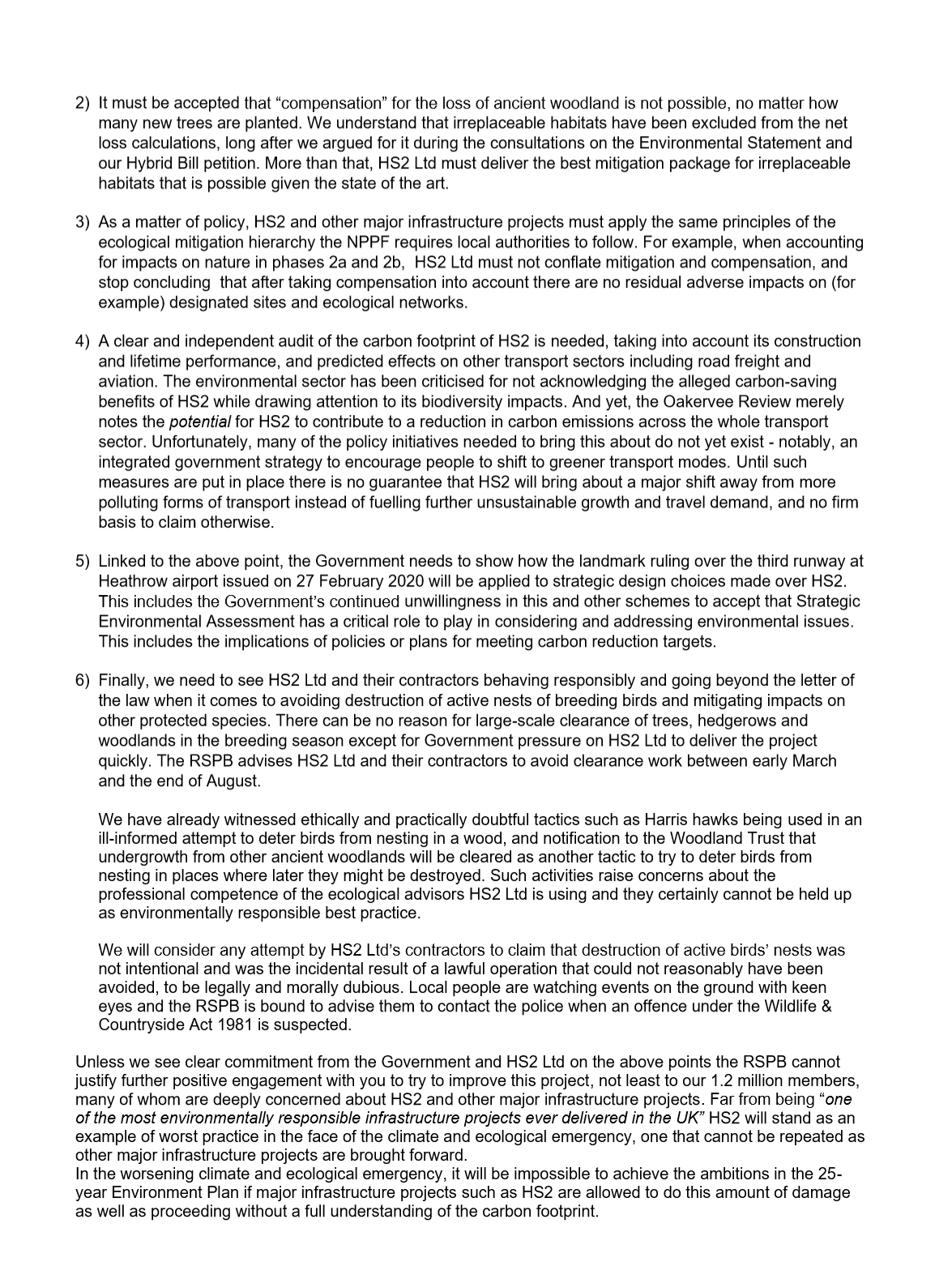