This was originally published here.

People from right across the central Chilterns trekked through the snow and ice to Chequers on Sunday. Parents, children and dogs braved hazardous to take presents to the Prime Minister. The group leader, Councillor Shirley Judges from Great Missenden, explained: ‘Mr Cameron has said that the government will go ahead with HS2, at a cost of at least £25 billion [Ed: now double that, at £50bn]. They are spending £750 million on it now, at a time when transport projects, rail improvements, the health and education services and support for families are all being cut.’ 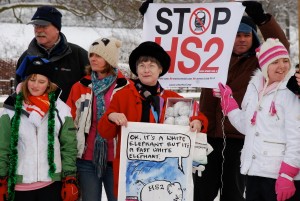 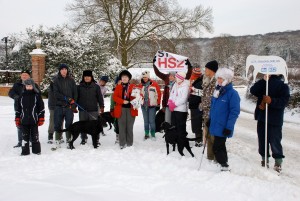