In a letter sent to Alison Munro, Chief Executive, HS2 Ltd and local MPs whose constituencies border the line, representatives of more than 30 community groups on Phase 1 (London to Birmingham) highlight that their views have been totally ignored by HS2 Ltd’s consultations on the local impact of the £50 billion line. 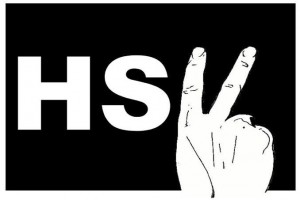 The prevailing attitude of HS2 Ltd to local communities

Early in 2012 HS2 Ltd set up 26 Community Forums along the proposed route of Phase 1 of the line with the supposed objective of involving local communities in the detail design of the line and discussing options for mitigating its impact on the local environment.  At the time HS2Ltd stated that: ‘Community Forums are intended to provide an opportunity for local representatives to raise issues of importance to them and to reach consensus on preferred mitigations for HS2 Ltd.’

Eighteen months later HS2 Ltd has announced that these Forums will now be discontinued, leaving communities utterly frustrated at the lack of any proper response to their proposals to reduce the impact of the proposed line.

“No objective criteria have been provided in the Community Forums on how proposed changes to the route of the line or mitigation measures will be judged. No detail has been provided around why proposals have been rejected. Clearly the whole process was just a cynical box ticking exercise.”

“Here in Middleton we are still waiting for HS2 Ltd’s response to our community’s proposals to reduce the impact of HS2 locally – we submitted these proposals two and a half years ago!”

“The Community Forum process has been insulting and patronising to the home owners impacted and blighted by this white elephant. There are 486,000 blighted properties with one kilometre of the line and the total loss in value is £12 billion and only two percent are covered by proposed compensation.”

The full letter to Munro is detailed below together with examples of specific frustrations faced by local communities.

COMMUNITY FORUMS, AND THE PROCESS OF ASSESSING AND EVALUATING PROPOSALS FOR MITIGATION

We are writing to you on behalf of Phase 1Action Groups to express our extreme concern and disappointment that this process – which we were initially led to believe would be consistent, open and transparent – has proved in practice to be nothing of the kind.

At early meetings we were collectively assured that proposals would be objectively evaluated against a defined list of criteria, copies of which were circulated at our meetings. We were further promised that the values and weightings assigned to these criteria, together with costs and benefits and the methodology deployed to evaluate options would be shared.

After many meetings and repeated pressure from communities virtually none of this information has been forthcoming. Some Forums have recently received information on some costs, but even these have often proved to be unclear and in some cases contradictory or implausible. None of us have received any information on relative benefits, let alone how costs and benefits are weighted to compare alternatives.

We are now close to the time when the Hybrid Bill is to be presented and yet there has been virtually no progress on these absolutely critical issues. We believe that at best this indicates that HS2Ltd have been highly unprofessional in their dealings with local communities, and at worst duplicitous, in that the process of community involvement has so far proved to be little other than a ‘fig leaf’.

We therefore believe that it is perfectly reasonable to ask that the whole timetable be put back until we have had a proper opportunity to be involved in an open and transparent evaluation process which is no more than we were originally promised.

Sent on behalf of the following community representatives:

EXAMPLES OF THE PROBLEMS AND FRUSTRATIONS EXPERIENCED BY LOCAL COMMUNITIES

‘The Chilterns Conservation Board has attended meetings of the Amersham and Chalfont Forum, the Central Chilterns Forum and the Wendover Forum. We have been very disappointed in the effectiveness of the fora and deeply frustrated by the unwillingness of the HS2 Ltd staff to engage in any discussion of impacts and options. They have achieved virtually nothing other than to undermine confidence in the process and HS2 Ltd as a government body.’

‘Ever since participating in these Community Forums our situation in Ickenham has got worse year by year – excluding Heathrow spurs, we will have 9 years of construction with 1000’s of lorry movements per day and all tunnel waste dumped in our local area. HS2 Ltd demonstrating their care for the community, could not even spell the name Ickenham correctly at last meeting. ‘

‘We submitted our original mitigation on 19th June 2012 with an addendum dated 8th November 2012, sent in hard copy on 20th November 2012 followed by email on 21st November 2012. We have had no substantive feedback on our specific proposals (one of which, the alignment of Drayton Lane, was logged at a Community Forum 19th June 2012 – yet HS2’s dangerous road layout proposal remains unchanged).’

Our suggestion of the North Chord of the Delta Junction going over the sewage farm was rejected on price (£180 million). I asked him where this figure came from and he did not know but stated that was the figure the “engineers” came up with.

So for the last 2 years at least HS2 Ltd have been playing lip service to us and never had any intention of listening to any proposal made by any action group in Warwickshire.

We formally complained to Alison Munro (Chief Executive of HS2Ltd) in April of this year and in her reply we were told to expect the response to our mitigation proposals by the middle of June, this, of course, did not happen and we are still waiting. These proposals were originally submitted three years ago.

‘Our Community Forum (CF) would not wish to be associated with any suggestion by HS2 Ltd that the CFs collectively have been the mutually beneficial success that HS2 Ltd  are or have been portraying to MP’s and Ministers.   In fact the groups I represent, to date have derived no beneficial mitigation whatsoever and furthermore should HS2 Ltd go as far as making any representations as to the beneficial effects of CFs in general, Ladbroke and Southam Community Forum would wish to be specifically  disassociated from such comment and claims“