Stop HS2 Action Groups in Staffordshire are planning two protest walks in September, on Sunday 8th and Saturday 28th September. This Sunday, there will be a ten mile walk following the proposed route of HS2 through South Staffordshire, which culminates in a fundraising balloon race.

Campaigner Anthony Sutton, from Colton, said: “There are many people in these villages whose farms will be destroyed by the scheme, it will be impossible for them to operate. We hope that the march, along paths not normally open to the public, will really open people’s eyes as to the beautiful countryside that this idiotic plan is going to destroy.”

Sunday’s march will start at Woodend Farm in Kings Bromley at noon and pass through Pipe Ridware, Blithbury and Stockwell Heath, reaching The Greyhound pub in Colton at around 6.30pm. 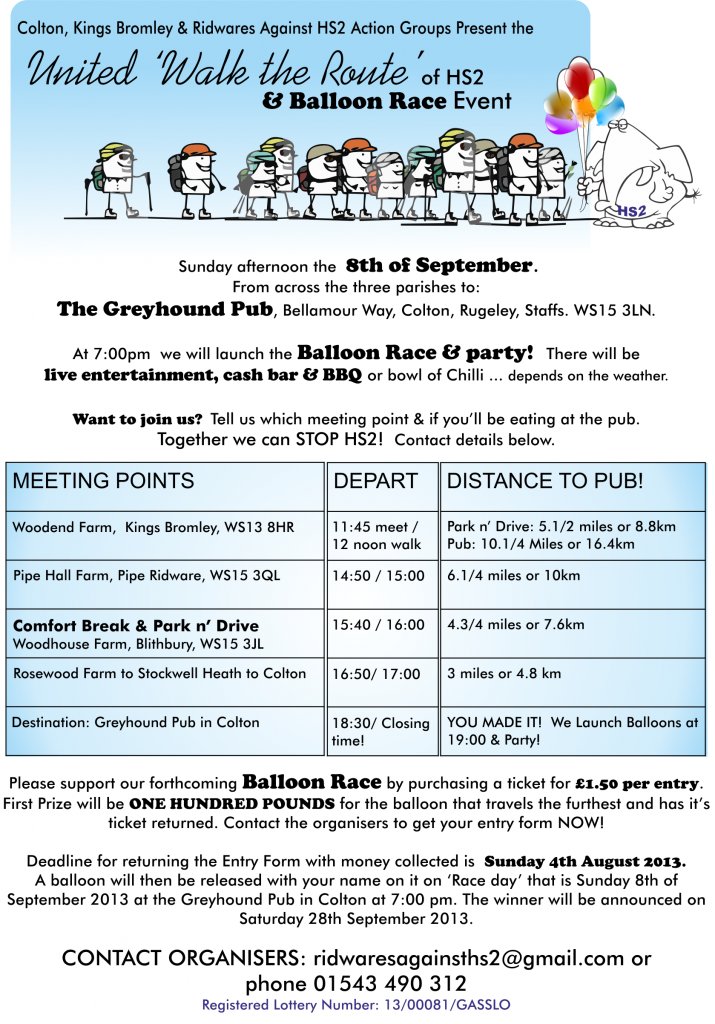 On Saturday 28th September, campaigners will have a Stop Hs2 stand and display in Market Square in Stafford from 9.00am until 4.00pm, with a protest walk starting at 11.00am in Tipping Street. Then we will set off on our walk along Staffords main street walking from the junction of Mill Street to the end of Gaolgate Street, then retreating to our stand in Market Square.  The aim is to raise public awareness of HS2 and it’s cost.  We will also be handing out anti HS2 literature during the day.