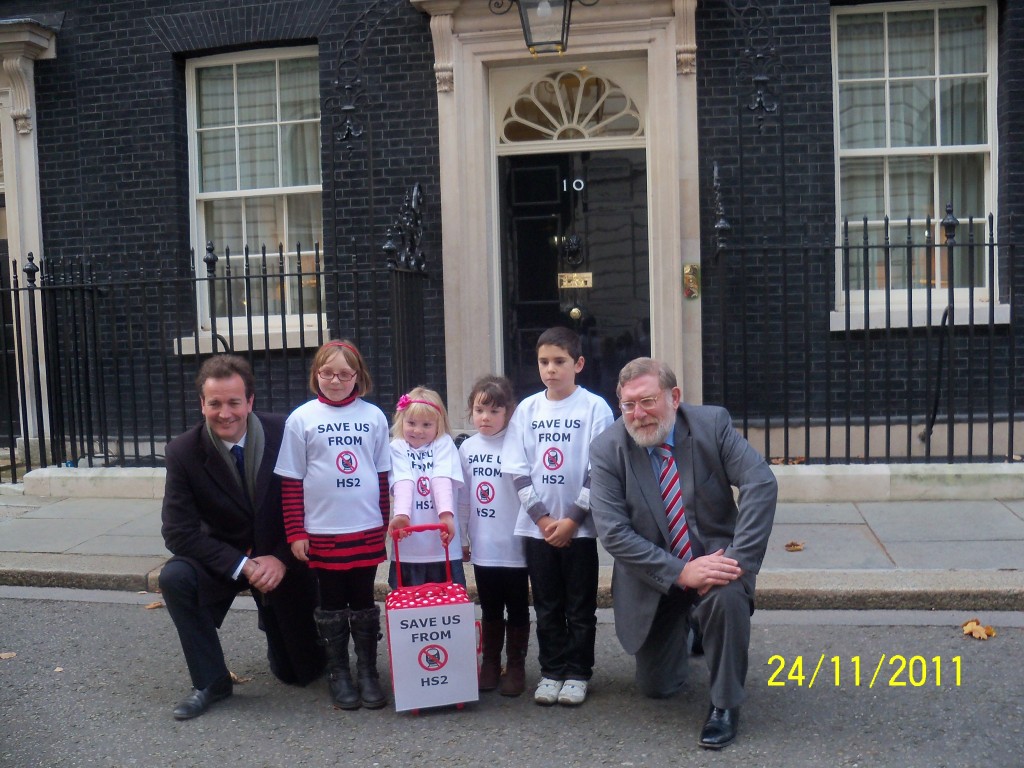 Max, age 9, said: ”I want to send a message to the Prime Minister to say it’s not fair that children can’t have a say about HS2. It’s children that will be affected the most by it. It’s my house, my school, my scout hut and my play park that will be spoiled”

Eve, age 6, says: ”We don’t want HS2, we don’t need it so why do we have to have it?” If everybody knew how bad HS2 was they wouldn’t want it either. I wouldn’t like it because I won’t be able to get to sleep because of the noise and my pet rabbit will scared of it.”

Hundreds of children who could be affected by the proposed HS2 line have signed the petition to say “SAVE US FROM HS2”. The petition states “We Don’t Like It. We Don’t Want It. We Don’t Need It”. This petition was designed for children who wanted to get involved in the Stop HS2 campaign and main petition which gathered 108,000 signatures before being handed into Downing Street last month. 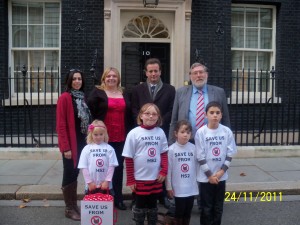 We have been amazed and humbled by children’s grasp of the facts about HS2, their understanding of the issues it will create, and the issues it will not help to solve. Local children understand just how much their neighbourhoods and environment could be affected if HS2 is built.

In Hillingdon alone green land will be taken; 6 schools will be affected by their proximity to the line and many more will be affected by noise and construction chaos; playing fields will be lost; a Scout Hut will be lost; and Hillingdon Outdoor Activities Centre (which thousands of London children use each year) will be destroyed. And of course, there is the land-take from many modest family gardens and demolition of family homes (privately owned and social housing).

The government have chosen not to tunnel HS2 in densely populated areas in Ealing and Hillingdon. This means some children (including the 4 delivering the petition) face the possibility of living and sleeping less than 20 metres from 576 high speed trains a day. Their schools are also within metres of the line. So they would get no respite from the noise of the trains from 5am to midnight. Plus they will have to live through the construction, which HS2 Ltd. has confirmed may involve taking gardens for years for building work and equipment.

On top of all that, all of Britain’s children face a lifetime of paying for the HS2 line costing at least £32 billion of tax-payers money, and subsidising it for the rest of their lives when it is likely that less than 3% of the population will ever use it.

email
Tags: News
News
2 comments to “Children’s SAVE US FROM HS2 Petition delivered to Number 10.”