Currently, HS2 Ltd are conducting an consultation on their Environmental Statement concerning phase 2b of their proposed scheme between Crewe and Manchester.  The consultation ends on 31st of March Consultation and a document highlighting common issues produced by Stop HS2 North can be found here. While many people in communities impacted by HS2 south of Manchester are aware of some of the impacts of HS2, there are still large numbers of people in Manchester itself who will be impacted not only by the tunnel from Manchester Airport to Piccadilly station, but by the suburban routes which HS2 plan to use, who do not know what is coming.

However, even people who know a lot about HS2 in their area should pay close attention to the Environmental Statement as there are always surprises in HS2 documents, and responses to this consultation can also form the basis of a Parliamentary Petition later this year.

As there always are when it comes to HS2, there are some exceptionally bizarre ideas which demonstrate how little HS2 know about the areas they want to take, even when they are marked on the map. Without doubt, the best one has to be wanting to put one the vent shafts for their tunnel, along with the hard-standing construction compound for it, on land that was deliberately flooded a fortnight ago by the Environment Agency to prevent more than 3000 homes from flooding. What could possibly go wrong!? 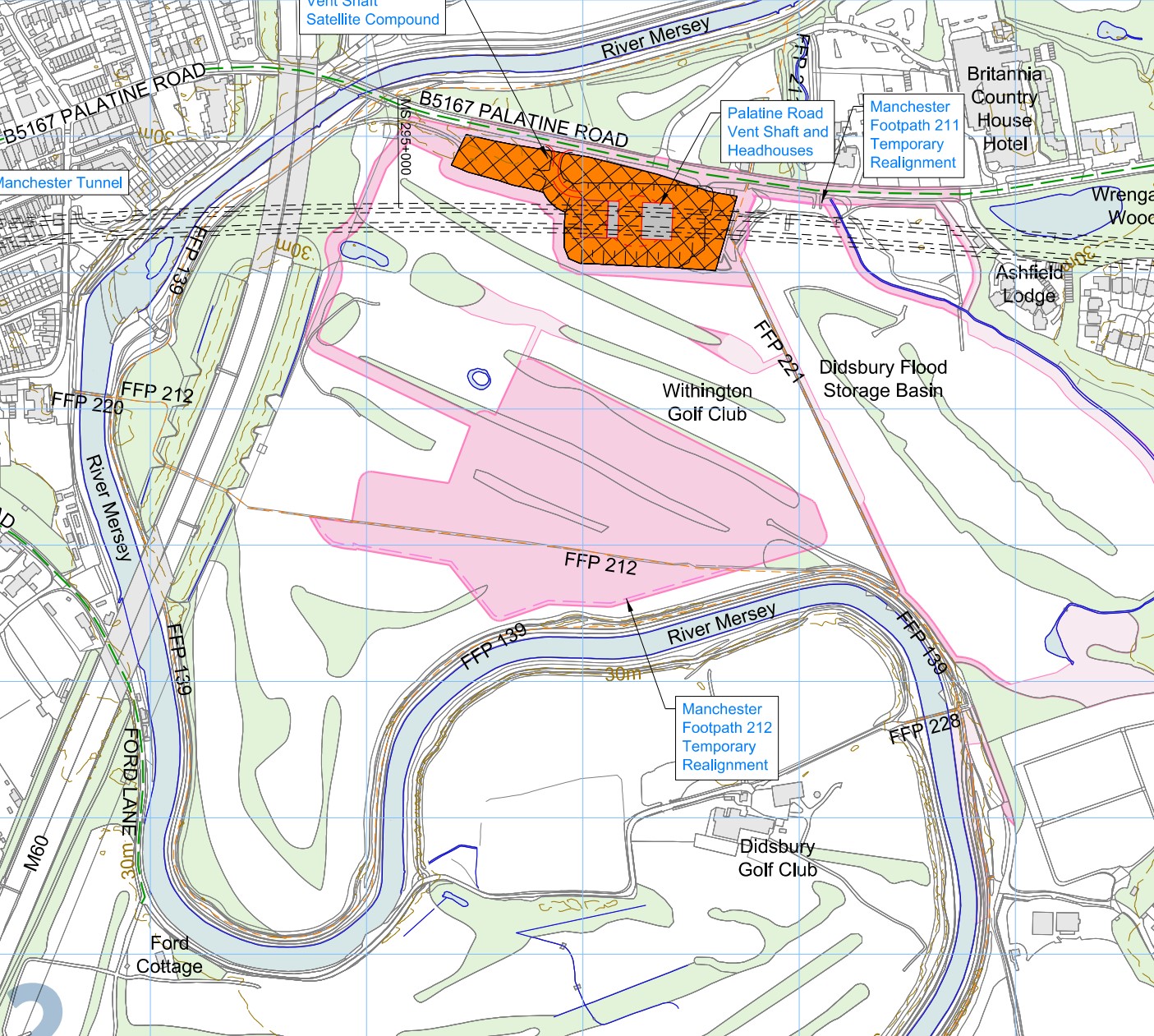 Didsbury Flood Storage Basin? Yeah, sounds like the perfect place to put an air vent for a tunnel……. 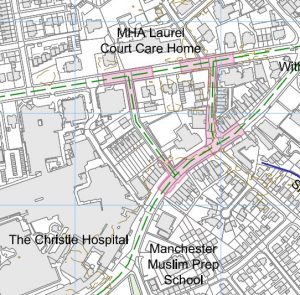 As they did with Phase 1 London, HS2 have decided that the best place to put another one of their vent shafts is next to a Primary School, this time Birchfields Primary School. Manchester City fans might be surprised to know that Alan Turing Way and Ashton New Road will be HS2 construction routes, but the bigger surprise is maybe that HS2 Ltd have proposed that they might take possession of random road junctions along the construction vehicle route near the Christie Hospital.

But of course the biggest upheaval, something that not even the supporters of HS2 want is what they are planning for Piccadilly Station. Even serial HS2 supporters Manchester City Council will oppose the plans as they have realised something which is a key theme from HS2, that it intends to increase car travel in getting to the stations, as of course HS2 is for the sort of person who would never consider getting on a bus!

The maps  for what HS2 plan in Manchester (Davenport to Ardwick) can be found here, with the plans for Piccadilly here. All of the maps for HS2 Phase 2b can be found here, and the full suite of consultation documents are on this link.

We encourage you to access the consultation documents and respond by 31st March 2022. The document highlighting common issues produced by Stop HS2 North can be found here and your consultation response can also be the basis of a Parliamentary Petition, which would be the next stage of the process where you or your representative can raise issues with a committee of MPs looking into the details of what HS2 Ltd are proposing.

Please Look at your area in detail; consider the impact on your street, your business or farm, the school your children attend, the footpaths you walk, the route to work or your doctor’s surgery, where you play football. What is the likely impact during construction and afterwards? How many lorries will be running daily outside your home or business or near your local school? Will HS2 be able to get their construction traffic down the roads they want to? These are just some of the things you might want to comment on.

You can let them know what you think by completing the consultation documents accessible below:

You can contact Stop HS2 North at StopHS2North@protonmail.com and we will do our best to help, but first off look at the document highlighting common issues.