While there has been a lot of hype and build up to the Westminster Hall debate due to take place on HS2 on the 13th of September 2021 at around 6pm, maybe there should have been a bit more honesty as to what a Westminster Hall debate actually is. Westminster Hall – or the debating room off it – is a side room, a committee chamber, the room above the cafe next to where visitors enter parliament. If enough MPs come to fill the seats, there will only be about 50 of them tops, with about half that many members of the public being able to get in to watch, and the only vote that will take place will be a vote to accept that a debate took place. 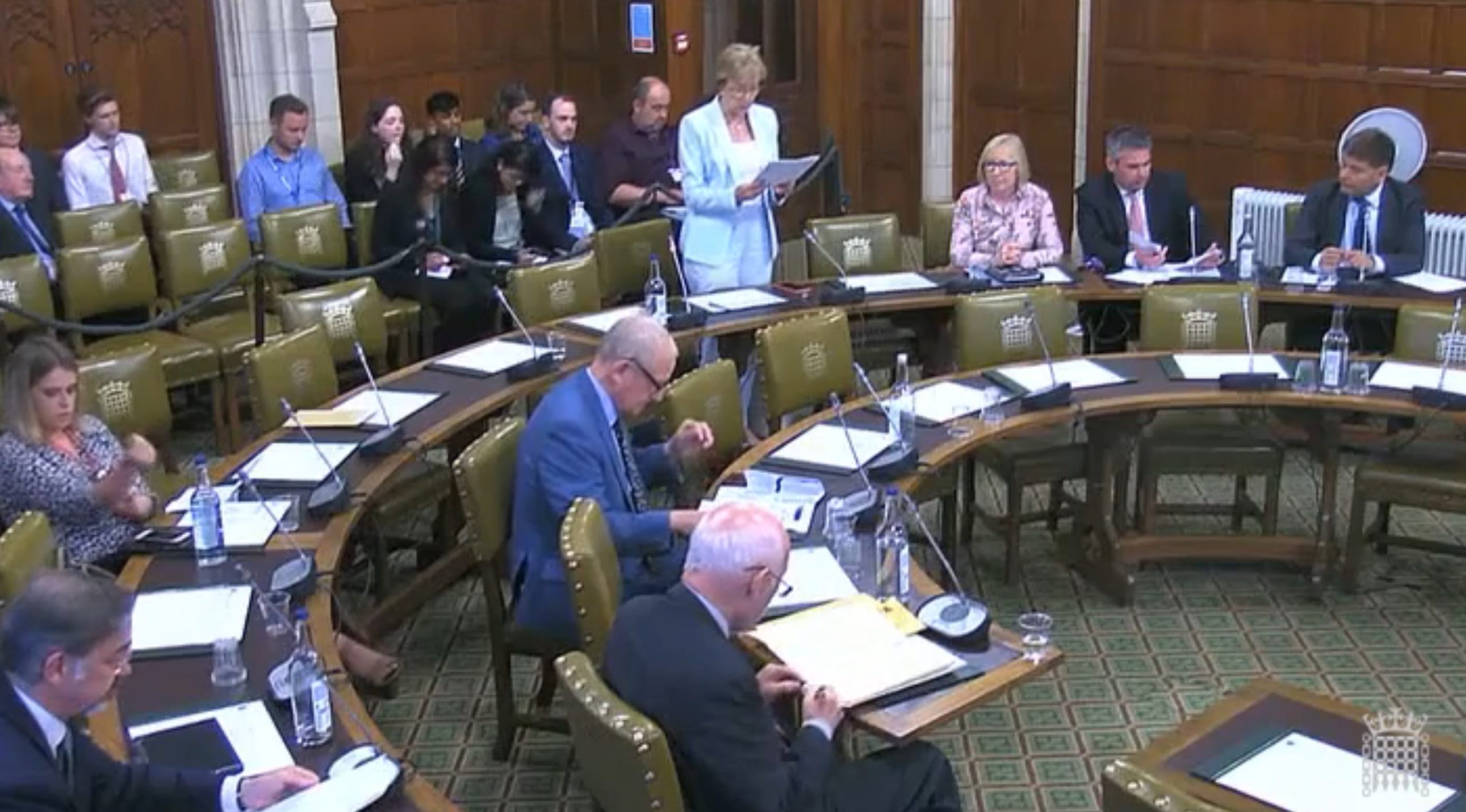 Westminster Hall debate on HS2 on Wednesday the 10th of July 2019. Andrea Leadsom MP who secured the debate is stood up in blue with other MPs in front of her. The people behind are members of the public – I am the one with the sleeves rolled up, sat right behind her.

For some reason, the Parliament TV embed function is down as this is being written, but the 2019 debate can be viewed here in full and the transcript is here. At the 2019 debate, and very much not for the first time, not all the MPs who wanted to speak got the chance, which has been a common theme for all the debates on HS2, even the ones which had votes attached to them.

Maybe the thing that will come as the greatest shock to the uninitiated will be that this won’t be along party lines, in fact in the past there have always been more duped Labour cheerleading MPs than Tory, but a lot of those seats changed in the last election, so it will be interesting to see how many Tories now will suggest that the highly-likely cancellation of HS2 Phase 2b East will be a ‘Betrayal of the North’, despite the fact that this is what building HS2 and dragging more economic activity to London at the expense of sustainable local transport projects is the real betrayal, not just of the North, but the Midlands too.

Perhaps the thing to draw most attention to about the 2019 Westminster Hall debate on HS2 are the closing remarks of then HS2 Minister Nus Ghani, in which she said: “I stand here to state confidently that the budget is £55.7 billion and that the timetable is 2026 and 2033.”. The thing is, as the Public Accounts Committee later confirmed, this was a deliberate lie. Ghani knew full well that HS2 Ltd had admitted that HS2 could not be delivered on time or on budget, but the very deliberate decision had been made that although they knew HS2 would cost tens of billions more than the budget, until they officially changed the budget they could say that “The budget is £55.7bn”, because that wasn’t a lie until they officially changed the budget. At one point during the debate, Ghani who most certainly knew I was Stop HS2 Campaign Manager turned and smirked at me, because she knew exactly what she was doing thinking it was all just so funny and she was just so clever.

That one of many things that demonstrates the level of shameless duplicity that  has run through the HS2 project from the start, just like “Blackpool” runs through a stick of rock: break it at any point and you’ll see lies.