When people living on the new Nursery Fields housing development off Atherstone Road in Measham first heard rumours that the HS2 line was to be re-routed to run just past their new housing estate, they were flabbergasted. They became even angrier when they were finally able to phone the HS2 help line, only to be told that the house they were phoning from did not exist. 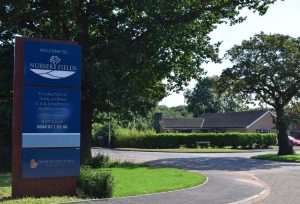 The reason why it took them time to phone up the helpline was because HS2 Ltd didn’t know their houses exist, they had not had an official letter informing them of the change in the preferred route.

Unbeknown to them, they were living on a ghost estate.

Now, 24 days later, they still have not had their official letter from HS2, informing them that a sixteen week consultation period has started.

Mr Bedford in Potters Way said that he has not yet had any official communication from HS2, whilst Mr Lindup in Dennis Way is one of the people who contacted the HS2 help line, only to be told that his house did not exist.

“I only found out about this on 10th December. I was looking for people whom both the ITV News and BBC News could interview prior to our public meeting. The public meeting is to decide on whether a group should be formed to lodge objections to the new ‘East’ route around Measham, which the Minister for Transport is minded to approve.”

“Now, it seems a lot of new Measham residents, who are directly affected by the re-routing of HS2 in this area, are being denied the opportunity to participate in this consultation. For them, officially, the clock has yet to start ticking and they and their houses do not exist.”

“I’ve urged the residents I’ve met to write an urgent letter to their local MP, Mr Andrew Bridgen, asking him to raise this matter with the Secretary of State for Transport the Rt. Hon Chris Grayling MP, as a matter of urgency, asking the Minister to stop the clock on this consultation and to only restart the 16 week period once it’s confirmed that these residents have had their official letters informing them of the re-routing of the line in the Measham area.” 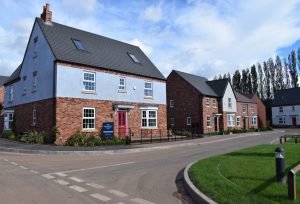 “This would also allow checks to be made on whether any other ‘ghosts’ exist along the route, houses or new developments that were not on the maps HS2 produced for this consultation and the people involved have, therefore, not been consulted.”

“I hope this would include a close check HS2 Ltd will make of the aerial photos that were apparently taken on behalf of HS2 Ltd back in late summer and early autumn. A close scrutiny of these  shots should have revealed to HS2 that the Nursery Field development was underway in Measham.”

Mr Leary went on to say,

“I hope that one of the first acts undertaken by the group that will, I’m sure, be formed on Tuesday night, will be to write a similar letter to our MP, Mr Bridgen, asking him to urge the Government to suspend this consultation and re- start it from the beginning, once a thorough review of who should have been consulted has been undertaken.”

“This, after all, is not the first sign of incompetence from HS2 Ltd, who were recently accused of ‘Institutional Incompetence’ by the CLA / Country Landowners Association to a House of Lords Select Committee and, in November, sent notices to residents of a block of flats in Camden that the block was to be demolished, only to find that the notice had gone to the wrong address.”

The meeting on whether to form a group that will write an objection to this new route, will be meeting, from 7.30, on Tuesday 13/12/16, in St Laurence Church, High Street, Measham.