On 31 October a group of 54 people with extensive experience in transport planning and regional economics asked to meet the Secretary of State for Transport, Chris Grayling, to express their concerns about HS2 and to propose a review.

The request has been ignored.

On 16th November, Mr Grayling endorsed Phase 2 of the project.  His proposals perpetuate the flaws:

The letter in full is below:

We are a group of academics and transport professionals who have serious doubts about HS2. We have read the transcript of your interview with Andrew Neil on the Sunday Politics programme and a letter that the Prime Minister wrote to the leader of Camden Council (both are attached). We consider that the arguments for HS2 in these documents are mistaken, and we believe that our concerns are shared by many professional engineers, economists, planners and railway managers. We are therefore writing to request a meeting with you to explain those concerns. 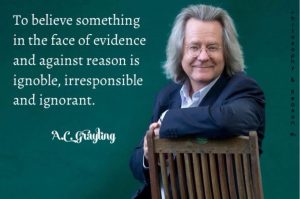 Perhaps Chris Grayling should be listening to his namesake?

Both you and the Prime Minister stressed the need for extra capacity. You said that HS2 was needed to make space on the rest of the rail network for freight and for suburban and express services. We have evidence, however, that though extra capacity is needed on some parts of the rail system, it is not needed on this route; that HS2 would not help rail freight; and that so far from doing much to improve passenger services on the rest of the network, HS2 would create serious difficulties. We note that HS2 Ltd have refused to publish a credible timetable of future services.

The Prime Minister also said that HS2 was “a once-in-a-lifetime opportunity to rebalance our country’s economy”. We agree that Britain’s economy is unbalanced and believe that reviving the economy of the north of England is a task deserving high priority. But we do not believe that HS2 is a good way of tackling it – in fact HS2 is more likely to make the problem worse.

We have major concerns about the effect of HS2 on the environment. It will not reduce carbon emissions from transport, although that claim figured prominently in the case originally put forward, and it will do serious and lasting damage to the terrestrial environment, including some of England’s most precious countryside. Finally, we do not think that the huge cost of this project can be justified, and we have serious doubts about the appraisal on which the promoter’s claim of a favourable benefit-cost ratio rests.

These are the points that we hope to develop at a meeting with you, along with alternatives that could achieve considerably more at less cost. Our arguments are expanded in two other attached documents, namely the report of an academic workshop and a technical note on timetable planning.

We look forward to your reply.