A recent written Parliamentary answer shows that they still don’t know how to use any space freed up on the West Coast Main Line after HS2 is built.  It makes you wonder how they decided that a ultra-high speed railway with stations in only two cities was the best option – especially when it will cost 10% more than a conventional railway. 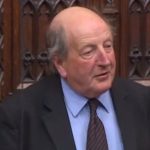 HS2 Phase 1 will add significant additional capacity to the London to West Midlands rail corridor, and this provides an opportunity for the industry to evaluate how best to make use of the released capacity on the southern section of the West Coast Main Line. Network Rail continues to develop the evidence base to support the Capacity Plus study. Train operating companies and freight operating companies, passenger transport executives and local authorities and High Speed 2 Ltd are supporting Network Rail in its ongoing work. Network Rail will use this work to inform the Initial Industry Advice for Control Period 6 which is expected to be published by the end of 2016.

email
Tags: News
News
One comment to “They’re still not sure what to do with it”