The recent Commons debate on the Great Western Railway routes highlighted the enormous disparity between infrastructure investment in the regions and HS2. 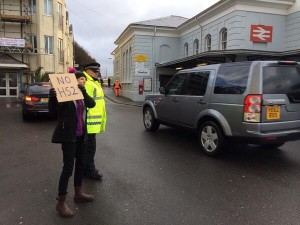 The latest gross cost for HS2, including Barnett formula payments, is £61.3bn. This means that the contribution from taxpayers across the region’s 22 parliamentary constituencies will be just over £2bn.

Even the most fervent supporters of HS2 will be hard pressed to say what the taxpayers of Cornwall, Devon and Somerset will get for their money.

Indeed, it is not just a case of missing out on the benefits of HS2.

A government-funded report published by consultants KPMG in September, 2013 forecast that some local economies would actually be worse off.

Whatsapp
Tags: News
News
One comment to “HS2 and the South West”