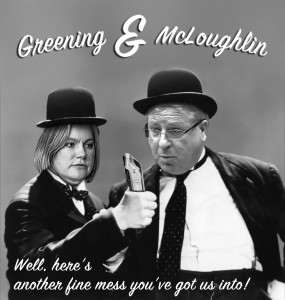 Originally published on 51M to mark the fourth anniversary of the announcement of the decision to build HS2.  The Secretary of State who made the decision was Justine Greening: she made her name protesting at the Third Runway at Heathrow. She’s since been demoted, and the Third Runway is back on the agenda…

It is far from certain that this milestone will be marked let alone celebrated by supporters, but the fact remains that the decision to proceed was made on 12 January, 2012.

So, what have we learned since then?

First and foremost, that the price tag is even more gigantic now. At the time of the announcement the cost was put at £33bn. The current figure, at 2015 prices, is £61.3bn, including rolling stock and Barnett formula payments. Over the lifetime of the project the bill, including inflation, will pass £70bn, possibly £80bn.

Allied to this, it is also apparent that Sir David Higgins, the man brought in, not just to deliver HS2 on time and on budget but actually to reduce the total spend, has so far failed to achieve Patrick McLoughlin’s brief. Although parts of the scheme, such as a HS1/HS2 link and the Heathrow spur have been dropped, the cost continues relentlessly on its upward trajectory.

Back in 2012 we thought the project was about speed but by the following autumn we learnt that HS2 was about capacity. Surprisingly, despite this fundamental shift in its primary role, the route, based on the need for straight lines, remains as originally proposed.

Confirmation of the specific route for phase 2, from Birmingham to Leeds/Manchester, continues to be delayed. One must assume that HS2 Ltd engineers are having problems. The devastating floods at the end of 2014 are the source of further concerns. Parts of the proposed route have been under water and there is also possibility that the flood proofing measures for the high-speed line may increase the flooding in surrounding areas.

Design difficulties are not just confined to the North.

Bringing HS2 into Euston has proved immensely challenging. Current plans will cost £2.25bn. This sum does not include increasing underground capacity serving the station needed once phase 2 is operational. Improvements to the underground would cost up to £9bn; a Crossrail 2 solution would cost up to £32bn at 2014 prices.

While the cornerstone of the scheme’s primary aim changed from speed to capacity, the allied objective was to redress the North-South divide. Given the line is being built from south to north, the earliest such a rebalancing can begin to have any discernible impact is after 2033. Until then the principal beneficiary will be London.

The business case supporting HS2 has always been weak. One trend supporters have clung to has been the ongoing rise in the numbers using the railways. Overcrowding is most pronounced on the commuter services surrounding our great cities. In this context, no-one would ever suggest that HS2 represents a cost-effective solution. Indeed, going for HS2 means that much cheaper schemes representing significantly better value for money, that can be delivered much sooner, are not being considered.

Back in 2012 it must have been the hope of those behind the scheme that bodies, other than those with a vested interest, would come out in favour of HS2. Alas, endorsements have been few and far between. Parliamentary groups such as the Public Accounts Committee, the Treasury Select Committee and the Lords Economic Affairs Committee have expressed serious reservations. With respect to their Lordships, it is astonishing that after more than three years their Committee concluded that the case for HS2 has not been made. 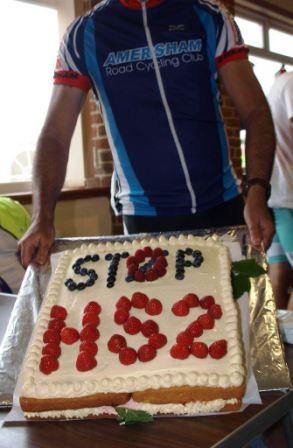 Throughout the four year period the fundamental viability of HS2 remains uncertain. Each year the Cabinet Office’s Major Projects Authority has carried out an assessment of the project. Every review has concluded: ‘successful delivery of the project was in doubt, with major risks or issues apparent in a number of key areas. Urgent action was needed to ensure these are addressed.’

So, in the unlikely event of the anniversary being marked with a cake and all the trimmings, as Patrick McLoughlin blows out the four candles (with apologies to Ronnie Barker), might he conclude that HS2 is looking less like a colossally expensive vanity project than it did four years ago…absolutely not. As year five begins, it is still a case of – keep calm and carry on spending.