From Cubbington goes national on HS2 and the Environment.

Regular readers of my blogs will know that I never miss an opportunity to mention Cubbington’s champion veteran pear tree (for example, see Another walk in the woods, posted 29 May 2011). I am sure that you will understand therefore that I was absolutely delighted to learn that our tree had been shortlisted, along with nine others, for the England’s Tree of the Year Competition 2015 organised by the Woodland Trust. Details of the competition, the reasons the Cubbington tree was nominated and recent events concerning the tree have been excellently summarised in a blog posted by Joe Rukin on the Stop HS2 website, so I won’t bore you by repeating all that here, but I would like to give my personal perspective on why I think it is important that anyone who shares my concerns about the damage that HS2 would inflict on our natural environment joins me in voting for the Cubbington tree. 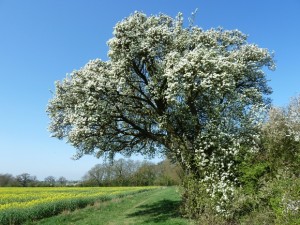 Although the Cubbington tree is a fairly old specimen of its species – estimates put it at between 200 and 300 years, so we generally say 250 years – it is almost a sapling compared to one of the magnificent trees that it finds itself in competition with; this rival is an oak that could be as much as 1,200 years old, so it might have been about the same age as our tree is now when William the Conqueror was lording it over the Anglo-Saxons. Our veteran pear is also up against trees of great historical significance, such as the sycamore under which the Tolpuddle Martyrs are said to have assembled to form their trade union.

So why do I think that an upstart plant from a village in Warwickshire that has no particular claim to historical fame – except that it is thought that a group of men involved in the gunpowder plot, including ringleader Robert Catesby, passed through when fleeing from London after the arrest of Guy Fawkes – should be worthy of your vote? 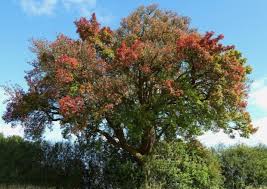 The one feature that singles the Cubbington tree out from the opposition is that it appears to be the only one of the bunch that is under threat of destruction from development. Also it is associated with many others, outside and within woodlands, that are under similar threat from the planned development of HS2. This means that a vote for our tree is far more significant than expressing a preference for the qualities of the tree alone; the tree can serve as a potent symbol for the cataclysmic damage that HS2 would inflict on our natural environment. What we hope that every vote for our tree will be is a signal to the Government that says, “What on earth are you thinking of?”.

Our local community has been down the route of making our case that the pear tree and nearby ancient woodland should be saved from HS2 by petitioning the HS2 Phase 1 hybrid Bill and presenting to the Select Committee in January this year. Judging by the contents of the Committee’s First Special Report of Session 2014–15 its Members were totally unmoved by our pleadings. So we really need to take our case for the pear tree, as representative of all the trees that HS2 would kill, to the people of this fair land; I see the England’s Tree of the Year competition as a valuable first brick in the wall of publicity that we must build in order to drive our campaign home. 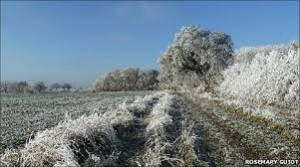 By just being in the competition our tree will receive some valuable attention, and we are doing our best to maximise the publicity that this will engender. However, winning would really allow us to ramp up the publicity and truly sock it to the forces of evil that are hovering around our tree and countless others.

So please, please vote for Cubbington’s veteran pear tree before the closing date of midnight on 11th October 2015.