The Government likes to claim “the debate about whether to build HS2 is over” and its just now a case of building the tracks. Even Jeremy Corbyn seems to have been caught up in their spin.

Except this claim is not true. While HS2 supporters claim that HS2 Phase 1 will receive Royal Assent at the end of next year, this is not a given. The HS2 Hybrid Bill needs to finish the petitioning stage before going to a vote. But the second reading required the heavy hand of the Conserative Whips Office to get through: John McDonnell, now Shadow Chancellor, voted against, Corbyn and many other Labour MPs abstained. What’s more Jeremy Corbyn voted against the high speed rail paving bill, dubbed at the time the “blank cheque bill”. 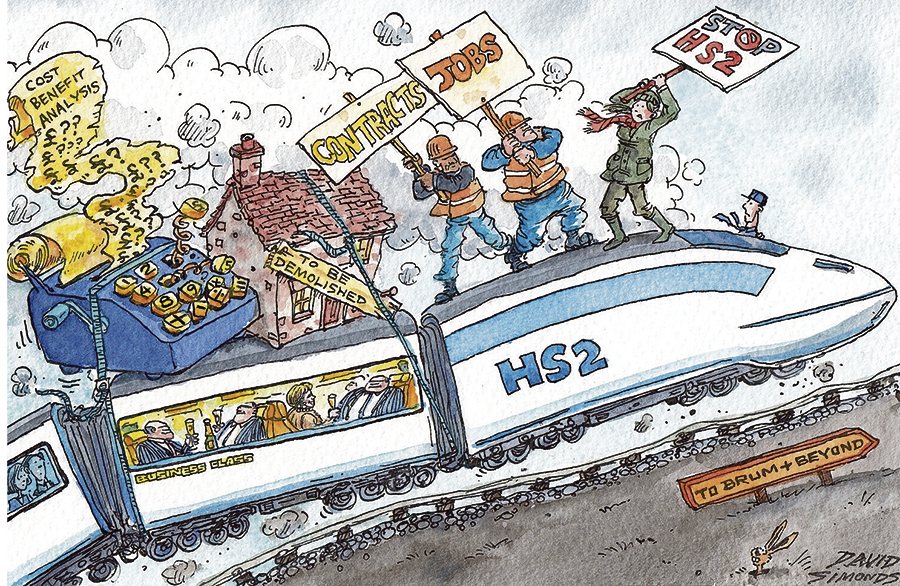 With the third reading due at the end of 2016, there is plenty of time for HS2 to come off the rails. The current bill is just for the route to Birmingham, with stations further north to be included in the Phase 2 bill. But the Phase 2 consultation finished in January 2014, and was supposed to be announced in the autumn of 2014. This was pushed back to autumn 2015, and now the Government say they are planning to “make an announcement on how it will take Phase Two forward later this year.” A veteran MP like Corbyn will know that is Westminster code, for “we’ll let you know how we’ve re-written the timetable later”.

There are problems with the Phase 2 route, problems HS2 Ltd have been unable to solve for over a year. And originally, HS2 was going to include Liverpool but that was dropped long ago. With so much uncertainty, MPs of Northern seats will be wondering what’s happening.

What’s more, that there is a choice between conventional rail upgrades and HS2 is becoming more obvious. The Government used to be able to claim that it could do both, but the pausing of existing electrification programs and the Hendy review shows they were wrong.

This is before you look at the current plans at Euston. When you have a Government minister saying that they might not open the main London terminus for HS2 when the railway opens, as Robert Goodwill told the Telegraph recently, you know that delays are likely.

However much proponents of HS2 bluster, there are plenty of reasons for former supporters of HS2 to vote against at third reading.

HS2 has a long way to travel before it is a certainty.

Whatsapp
Tags: News
News
12 comments to “There is no certainty over HS2, Jeremy”