Just to let you know Stop HS2 will be at the Labour Party Conference in Brighton, which starts today. We’ll be at Stand 100, and it would be great to see you there.

The Stop Hs2 elephant will be outside some of the time – please take pictures of her.

Meanwhile heres the other seaside town she was at yesterday – outside the Green Party conference in Bournemouth: 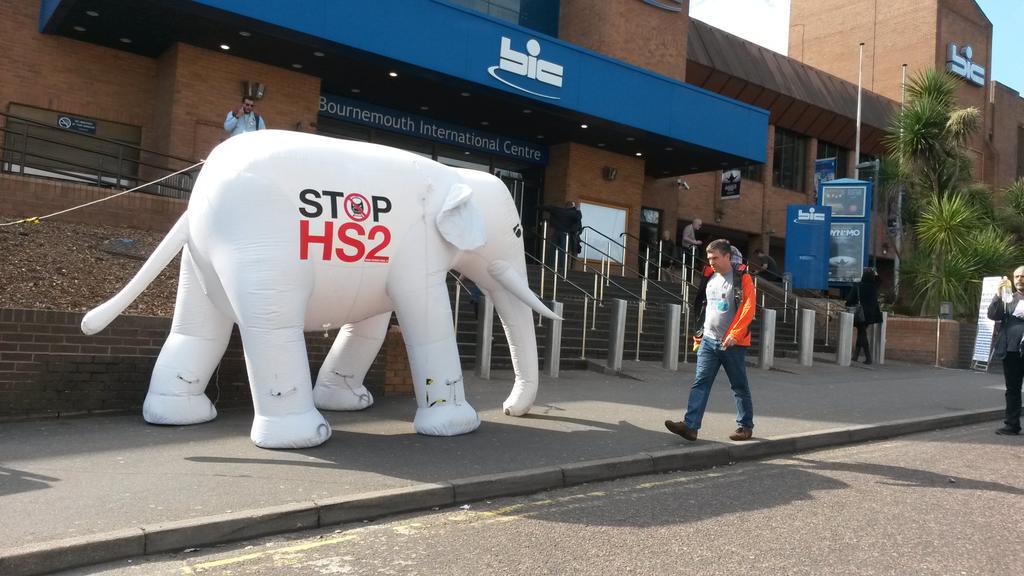