Yesterday, we received something very unusual, and email from Ben Ruse, the lead spokesman from HS2 Ltd. While Stop HS2 has criticised HS2 Ltd on a pretty much continual basis for the last four and a half years, complaints about our coverage from them have until now amounted to a very round number.

In his email, Mr Ruse said:

“I noticed on your latest post on StopHS2.org (re: “HS2 campaigners urged to respond to consultation before land take increases”) that you say: “Despite there having been no forewarning to affected individuals and existing petitioners against the HS2 Hybrid Bill, HS2 Ltd will publish ‘additional provisions’, which will make changes to the HS2 proposal along Phase 1…””

“I wanted to point out that this is not true. In fact, we’ve had several contact periods dating back to May:

“At the same time, we also wrote to all the relevant MPs of areas whose constituencies are affected by AP (September 2014), affected Councils (Chief Executives and Officers) and affected Parish Councils.”

“As you can see, it was a reasonably comprehensive contact programme. I hope it is understood that route changes, amendments and improvements are inevitable and we understand the need to inform people of such.”

“It is simply not true to say there’s been no forewarning.”

So given all of that, were we right to say there had been no forewarning? Well for the vast majority of petitioners the answer remains yes, absolutely yes. Ignoring the fact that after four and half years, HS2 Ltd still don’t know who all the landowners are, the simple fact is that the landowners affected by HS2, who at least where the majority of land is concerned are farmers, represent a small percentage of all of the petitioners. The official HS2 Ltd version of events doesn’t exactly tally with what we’ve been told. One landowner told Stop HS2:

“Contractors came out over the summer. They just had a look at the river and they said nothing about any changes to the route. That is all the contact we’ve had since petitioning.”

The question is whether or not there has been any forewarning to affected individuals and existing petitioners, and at the heart of the problem is the complete inability of HS2 Ltd to do what could politely be described as the simple things, or more rightly things that would be blindingly obvious to a five year-old.

Earlier in the year, almost 2,000 petitions against the HS2 Hybrid Bill were submitted. Now if you were going to make changes to HS2 which could affect those petitions, what would you do? Who would you think needed contacting?

Well yes, HS2 Ltd have a complete list of contacts, either email or postal, for all of the petitioners against the Bill. Surely if there are to be changes which affect their petitions, the obvious answer would be to contact them all directly? Instead, HS2 Ltd seem to have assumed some divine hierarchy of information dissemination exists, whereby if they tell local councils and MPs, then HS2 Ltd have done their job, and it is up to those privileged  enough to have been ordained worthy of receiving the word of HS2 Ltd to spread the gospel amongst the plebiscite. 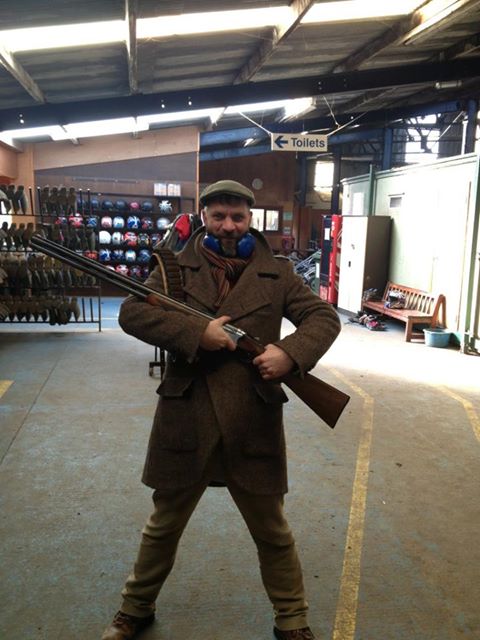 If that option wasn’t good enough, HS2 Ltd also have a list of everyone involved in the community forum process, which is what they claimed passed for ‘community engagement’.

However, this sham box was ticked some time ago, and the community forums were never anything approaching what communities considered to be ‘engagement’.

Given the reluctance of HS2 Ltd to use these channels to actually pass on the information communities wanted or needed at the time, there is simply no incentive to start now.

Finally of course, HS2 Ltd have their website, their bloated media team and a social media presence. Since May, they have found time to publish press releases announcing new staff appointments, talk about ‘job boosts’, new council houses, this HS2 college and the design work which will ‘deliver’ HS2, despite the fact it has at least another two years in Parliament before it could be passed. In fact, with less than two press releases published per month since May, it’s almost as if they could do with some more work to do to earn their wages.

Not using any of these channels is a long way from using “different channels to discuss [the] project”, which HS2 Ltd advocated Ruse doing last year, when he labelled opponents of HS2 as “Farcical, Abusive, Luddites.” on Twitter. However, the email from Ruse did answer the question “What do the highly paid HS2 media team do all day?” – They read the Stop HS2 website! Well, if we didn’t update it every day, they might get bored!

But no, none of the simple, obvious solutions we have pointed out are the HS2 Ltd way, as using any of these channels to inform as many people as possible would be far too close to providing “a reasonably comprehensive contact programme”.