Yesterday, the Transport Select Committee heard from the Chair of HS2 Ltd Sir David Higgins and the Chair of HS2-GTF Lord Deighton. The former was on similar form to when he gave a rather conceited talk at the IoD last week, while with the later it was hard to see the point of what was saying. Deightons evidence has been charitably termed as ‘waffle and flannel’ by one commentator, after he said he wanted to win ‘hearts and minds’ by ‘growing cake’, but could not offer ‘stardust or sailing’. Even the relatively pro-HS2 Committee decided they had had enough, letting him go ten minutes early. 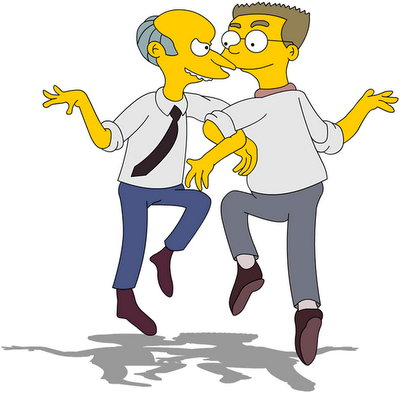 Starting off, Higgins admitted that he was aiming for the second reading of the HS2 Phase 1 Hybrid Bill to happen at the earliest realistic date, Tuesday 29th April. When pressed about East-West links, which his HS2 Plus report intimated HS2 would help, he said that HS2 was never intended to address Transpennine  and other East-West connections, but then went on to say it is “Not either or”, despite there never being an ‘or’ to HS2.

The most surprising admission from Higgins was that his plans to make Crewe a ‘rail hub, which of course it has been for over 150 years is completely uncosted, and with reference to costs and affordability admitted: “Who knows what cash flow position will be in 2020?”, and that his ‘HS2 Plus’ report delivered no cost savings. On the subject of Crewe, he was keen to say: “Interchanges are important”, despite fact planned Birmingham, Nottingham, Sheffield & Leeds HS2 stations are a long way from being interchanges.

As he did on Friday, Higgins said: “Only way you can rebuild Euston for HS2 is to divert services away from it”, which would of course take ten years and require an amendment to the current Hybrid Bill. Finally, he seemed to intimate that the proposed HS2 link to Heathrow link is dead and he would seek to extend Crossrail instead, with him insisted that Crossrail 2 is essential. Of course, up until today we’d been told that the strategic case for a direct high speed rail line to Heathrow is “compelling”!

Not surprisingly, both men were given the hardest time by MPs whose constituencies have been forecast not to see benefits from HS2, but actually to lose out economically. Karl McCartney started off by pointing out that while the map on the cover of the ‘HS2 Plus’ report included a number of cities for no apparent reason, they had missed off the one he represents, asking “How can I possibly sell HS2 to my constituents in Lincoln?”

However, it was Torbay MP Adrian Sanders who really stuck the boot in, pointing out that the much heralded KPMG report on HS2 states Devon would lose out by £52m/yr under HS2, and that those loses where originally hidden . Both Chairs seemed quite happy to accept the proposed benefits of the KPMG report, whilst claiming not to understand why places off the line would lose out, with Higgins saying the negative KPMG figures were so “staggering” he can’t believe them:

“I found that staggering. I couldn’t understand why building a railway north of London, so far away from Devon and Cornwall, was actually going to deteriorate on the economy of Devon. So I don’t actually understand how they worked that out.”

“How are you going to sell this to areas of the country, MPs like myself, to vote for this Bill when actually you’ll be voting to disadvantage our constituents and our local economies?”

Higgins responded that HS2 was about “fairness” and that the north needed investment more than London, to which Mr Sanders responded that the Westcountry needs investment more than the North. Sanders became incandescent when it was suggested that Devon and Cornwall could get displaced trains freed up by the new 250mph versions flying north, because all bar a handful of the East and West Coast mainline trains run on electric wires, where the lines into the peninsula are not electrified.

Finally, admitting that HS2 would not help the Westcountry, Higgins said:

“It won’t directly benefit the far South West at all because this scheme can’t do everything.”

When it was the turn of Lord Deighton, he possibly realised he should be honest sooner, and with reference the HS2 helping the South-West and his involvement in the Olympics which came in four times over the original budget he said:

“I don’t even have sailing in Weymouth to sell you this time.”

With another reference to the Olympics, he admitted that HS2 “Doesn’t have the inspirational stardust”, and would only go so far as saying HS2 has the “potential” to be transformational, saying there needed to be delivery bodies and other support which will increase the cost of the project. When Louise Ellman asked about the difficulties faced by local authorities in planning for HS2, Deighton admitted that HS2 would be a bigger project than many of them have had to deal with, and that HS2 would “Stretch the capability” of cities, saying that in the case of Toton “It will be like landing a giant spaceship.”

The report Deighton produced for HS2-GTF states “Local Areas are finding it hard to get funding for HS2 related growth.” When pressed on whether that would mean additional funding would be needed, he went as far as “It depends..”, and that it was the cities outside London which are asking for a HS2 Development Minister.

Before everyone dozed off, Deighton tried his hand at repeating rhetoric associated with the Afghan War and the French Revolution, saying there was a battle to “Win hearts and minds” and he wanted to “Grow the cake of benefits from which we can all eat”.

You can watch the full session here.

email
Tags: News
News
One comment to “TSC hear from two chairs, but would have done better booking a sofa.”