One of the often quoted myths about HS2, is that the Government expenditure currently being used to build Crossrail can simply be transferred across, as they both cost the taxpayer about £2bn per year. 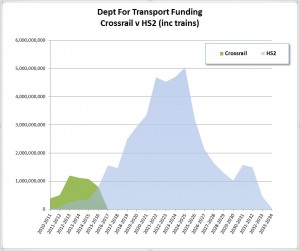 The actual cost of HS2 and Crossrail to the DfT, taken from their figures.

This argument is often coupled with north-south ‘class war’ rhetoric, along the lines of ‘there is always money for stuff in London, so when does the north get its share?’. However, the reality is somewhat different as people making these claims, a recent example being Louise Ellman the chair of the Transport Select Committee, have not paid attention to where the money for Crossrail is actually coming from.

Only £5bn of the £13bn estimated cost coming from the DfT. The majority is coming from Londoners and London businesses.

The reality about DfT spending on both projects is shown by the graph to the left, which shows that Crossrail is a molehill, opposed to the volcano which is the spending on HS2. The figures represented  on the graphs are direct from official DfT documents.

The other thing which politicians, including the Prime Minister, have been recently touting is the idea that HS2 would not deprive other projects of funding, saying “We are spending three times as much on other transport projects in the next Parliament.”, but given that HS2 construction would not start until halfway through the next Parliament, that is not too much of a surprise. It is the Parliament after that which needs to be looked at, when HS2 spending will average over £4bn per year. At the peak in 2025, spending on HS2 would be over £5bn in just the one year, equivalent to the entire DfT spend on Crossrail.

In fairness, one of the things which Government has gone quiet on is the idea that those areas which ‘benefit’ from HS2, will have to pay for it, like happened with Crossrail. Previous Secretary of State for Transport Philip Hammond was very keen that this would happen, but his successors  have gone quiet on this concept. Hammond was adamant that it wasn’t just areas that would get stations, that ‘benefit’ from HS2, but the places nearby too. If places which ‘benefit’ from HS2 will be expected to contribute, along the Crossrail model (below), it is only fair that they are told now, and then we will seem if they remain so blindly supportive of HS2. 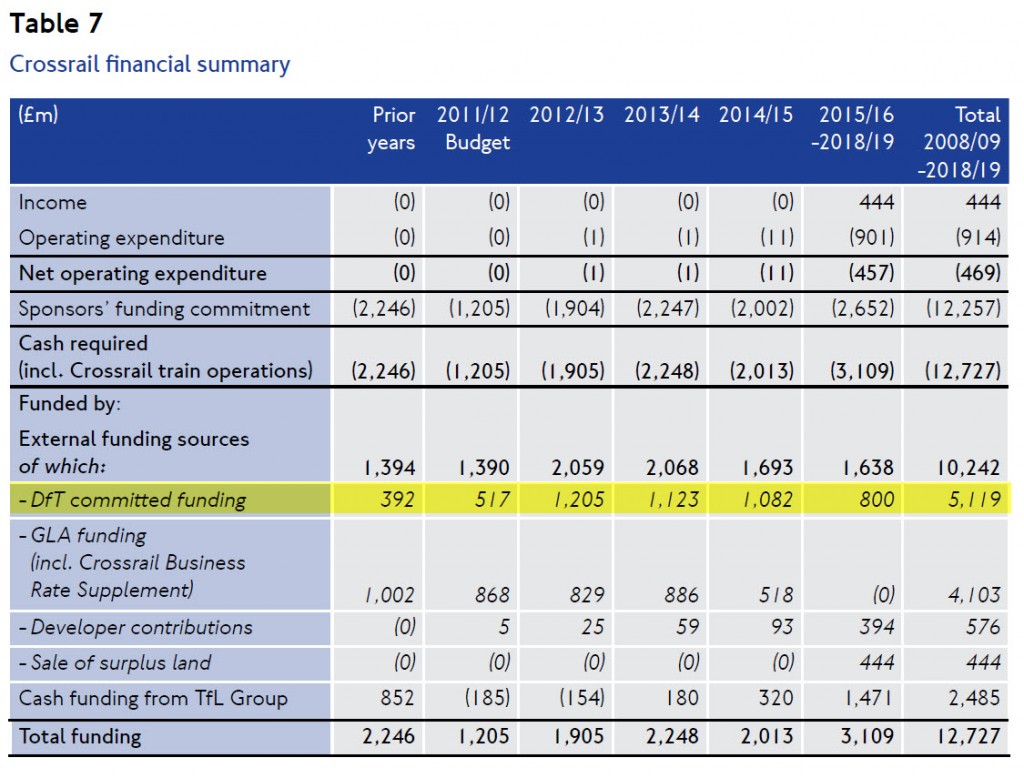 Who is really paying for Crossrail