This was originally published on HS2 Buzz.

“Psst Guv! Wanna buy into a really hot investment?” It sounded like one of those ‘boiler room scams that I regularly get in my emails. 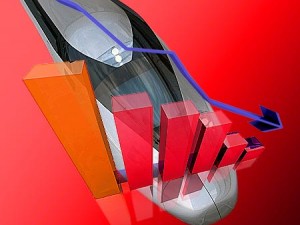 The man in the raincoat looked around to check that he could not be overheard. The station was gradually emptying as commuters hurried to the exits.

“For every quid you invest Guv you get ninety three pence back”. Somehow the offer didn’t sound quite right, perhaps I had missed something.

“Do I get my ante back?” It seemed a logical question, he looked a little puzzled, “Ante?” he replied. “The money I invest,” I explained, “the pound… I get one pound ninety three pence back do I?” The puzzled expression deepened, this was a setback, he struggled for a moment considering his response.

“It’ll narrow the North/South divide and create loads of new jobs, billions of ‘em… possibly,” This didn’t really answer my question and I noticed that he couldn’t keep eye contact, the final word was uttered at little more than a whisper.

So it was to be a charitable donation rather than an investment, I was intrigued, how did this “reduce the gulf between the Southern ‘haves’ and the Northern ‘have nots’?” I asked.

“The South has more people paying more tax,” he continued, “This project will need lots of investment by taxpayers and people in Birmingham will be able to get to London twenty minutes faster.” It all sounded a bit muddled, like he was making it up on the spot.

They always pick on the same people I thought, it is like we have “I’m a gullible idiot” tattooed on our foreheads. I should have made a scene, but typically I just smiled benignly and told him that it didn’t seem the kind of investment I needed, before walking away.

“You’ll be sorry!” he shouted, after I had stepped a few metres away from him. People slowly turned around to see what the fuss was about, he was right, I was already sorry. “If you wait ’til next year it will be fifty pence for a pound!” I hurried on, he was beginning to sound like a market trader selling lemons.

Then I remembered that someone had tried to sell me the same thing a year before. That time I think it was supposed to be one pound twenty for every pound donated!

PS If you’d like to donate £1.93 or any other amount to fighting HS2, please see the Stop HS2 donate page. Thank you!