CAMPAIGNERS from across the country have been disgusted by the double-standards displayed by Transport Secretary Justine Greening in deciding to go ahead with HS2. In opposition, the Minister was highly critical of Governments unwillingness to listen to public opinion or official consultations when opposing the third runway at Heathrow. In approving HS2 Greening has ignored all of the arguments against HS2, despite saying she would take ‘great care’ and make a ‘rational decision’. The Minister also undermined the consultation process by using a conveniently last-minute Network Rail report which did not compare like with like to justify her decision, but ignored significant concerns from the Parliamentary Transport Select Committee because their report came in ‘after the consultation’. 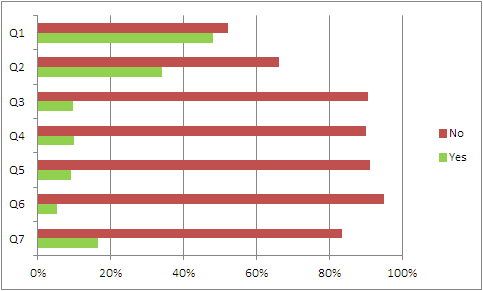 Responses to the HS2 Consultation. Please note, this includes over 12,000 pre-printed postcards from the the Yes to HS2 campaign, which covered Questions 1 and 2. Stop HS2 did not employ this tactic so all negative responses were from real people in their own words.

The vast majority of responses to the HS2 consultation were against HS2. In a speech to Parliament regarding Heathrow expansion on 28th January 2009, Greening said;

“On a democratic basis we have had a consultation and residents and people have said overwhelmingly that they do not want this plan to go ahead. The fact that in spite of all of that Ministers still seek to override the will of public opinion, I find it deeply, deeply concerning.”

Whilst after signing up to be a beneficial owner of a plot of land in the way of the Heathrow development, she told Greepeace:

“At every stage the Government has ignored public opinion and shamelessly ignored the grave environmental risk of expanding Heathrow. At every stage, residents have made their concerns and views against further expansion very clear. The battle to stop Heathrow expansion will continue because preserving our quality of life is so important. I have got involved in buying this land to very actively represent the views of my own constituents. If the Government will not listen in Parliament, then ministers will find they have to listen in the courts.”

“Justine Greening is a Grade 1 hypocrite, otherwise known as a politician. She harked on about it being ‘deeply concerning’ for Government not to listen to public opinion when it suited her, but now it doesn’t suit, she is fully committed to ride roughshod over it. She said in the Heathrow campaign that she was concerned about environmental damage, but when she announced more tunnels for HS2 she upped the environmental damage, both due to now needing larger construction depots and the fact more energy and more energy is needed to run through tunnels. Now it is certain that HS2 will lead to an increase in Carbon emissions. She also tried to say that building more tunnels means the thing will cost less! Well if that is the truth, they would tunnel the whole thing! Two years ago, like Justine I signed up to the campaign Greenpeace were running against Heathrow expansion. Now I find myself still on the same side at Greenpeace, it’s just Greening who has changed sides for political expedience.”

“The arguments made for building HS2 against the other options are mostly lies. It is simply that politicians have had strong lobbying for years from people with vested interests in building the line and they now think it is too politically embarrassing to cancel. The problem with that is that this week the country woke up to what HS2 means and the country very solidly has said: ‘How much? For one train line which I’ll never use when there are cuts on everything else? You are kidding?’. It is not now a question of whether there will be a legal challenge, it’s how many there will be. As Greening herself said: ‘If the Government will not listen in Parliament, then ministers will find they have to listen in the courts.’”

email
Tags: News
News
14 comments to “STOP HS2 – We will fight hypocrite Greening all the way”