Doug Thornton, the former head of property at HS2 Ltd has told The Sunday Times that he was put under “tremendous pressure to accede to an enormous deceit” and that the organisation may have “knowingly misled parliament” in covering up the fact they have under-estimated the cost of buying property along Phase 1 of the route by £1.9bn, putting the actual cost 68% over the official estimate. This comes the same week that New Civil Engineer reported that the first set of contracts for building parts of the first Phase of HS2 have been estimated at £1.2bn over the £6.6bn target price, 18% over budget.

Thornton said that the reason for the underestimation was due to “rudimentary map-based analysis by interns”, which in the worst instance had valued land at Whittington Heath Golf Club as agricultural land worth less than £4,000, opposed to the actual £40m it will cost to replace the Victorian clubhouse and over a quarter of the course itself.

Ever since HS2 was first announced in 2010, HS2 Ltd have been criticised for the fact that all route planning has come from map-based exercises using out of dates maps, without ever actually surveying routes before announcing them. The most famous example of this was in 2016 when HS2 announced a change to the route in Yorkshire which took it through a new housing estate in Mexborough which they did not know was there, because it wasn’t on the map they were using.

The Sunday Times reported that the documents Thornton provided them with state:

“He was sacked after refusing to ‘at worst, severely mislead’ HS2’s own board about the state of the programme. He described HS2 as ‘hostile and dysfunctional’. A few months later, Thornton said, the head of planning and performance, Andrew Bruce, was also placed on leave of absence 30 minutes before he was due to ‘present major budget, programme and capability issues’ to the board.”

“The ‘scale of the land and property budget error is petrifying’ with ‘a large proportion of properties . . . not budgeted for’.” 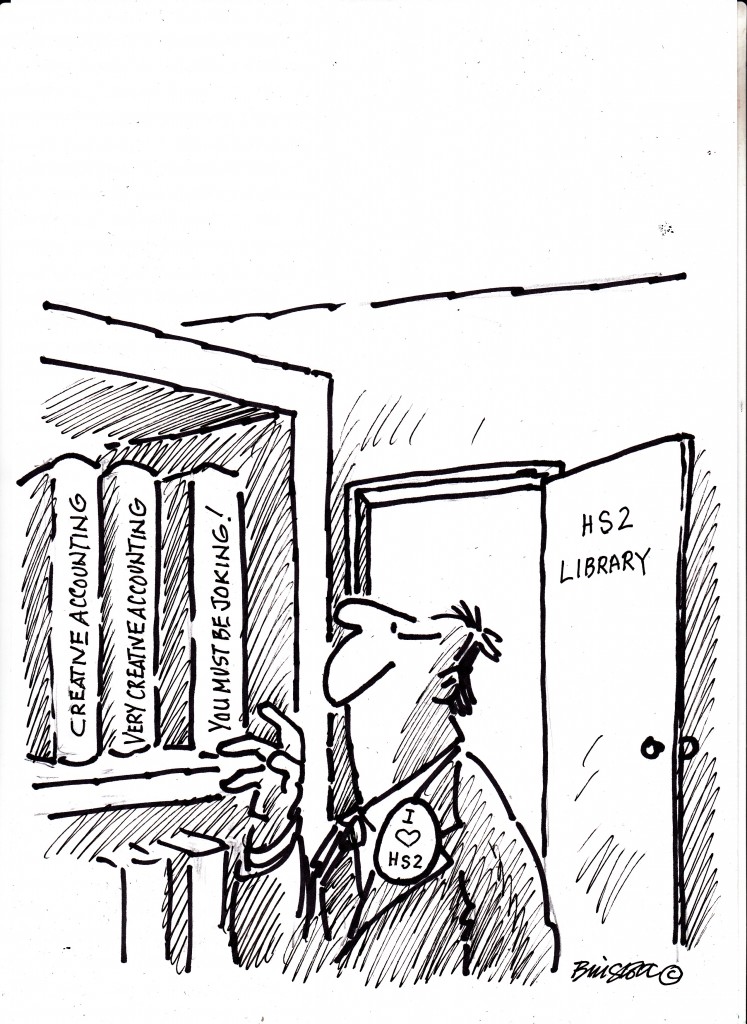 In 2016, just as Thornton and Bruce left HS2 Ltd, the company told Parliament that the total cost for acquiring property on Phase 1 of HS2 would be £2.8bn, a figure which Bruce had put at £4.7bn. His figure is backed up by the fact that HS2 Ltd currently state that they have only bought 30% of the land they need on Phase 1, at a cost of £1.6bn. However, HS2 Ltd continue to insist that the remaining 70% will cost just £1.2bn, or at least that the total will still come in at £2.8bn.

It has been confirmed that these issues are being looked at by the National Audit Office, which has already investigated HS2 several times in the past. A new report will be published next month.

“Everything we learned about HS2 Ltd over the last eight years has told us that the culture of the organisation is one of incompetence, lies, bullying and a complete disregard for taxpayers money. As such, it is no surprise that the first HS2 Ltd whistleblower has a tale of incompetence that led to lies and bullying with the aim of covering up a complete disregard for taxpayers money.”

“It doesn’t take a whistleblower to tell you that HS2 Ltd is ‘hostile and dysfunctional’. Anyone who has had to deal with them could tell you that, and it is truly astounding that a company which is wholly owned by the DfT has been allowed to get so out of control. There has been absolutely no scrutiny of HS2 Ltd for eight years, and when serious independent bodies have raised significant and repeated concerns, they have been continually brushed under the carpet. This has led to a culture whereby HS2 Ltd know they are the golden child who can get away with anything.”

“Earlier this week we saw that contracts, representing about a quarter of the cost for Phase 1 of HS2 are already £1.2bn over budget, but next to no one in Parliament batted an eyelid. Now, we’ve got another £1.9bn stuck on the bill, meaning there has been a £3.1bn increase in the space of a week, but we will be massively surprised if anyone but a handful of backbenchers notice, even though it seems to be coupled to a conspiracy to deceive Parliament. This is why HS2 has been allowed to get out of control and will continue to do so, there has been a total failure of Parliament to adequately scrutinise and supervise the spending of billions of pounds of public money, and when they get caught out, they have Ministerial apologists queuing up to cover for them.”

“The real question isn’t whether or not HS2 Ltd lied to Parliament, deliberately giving MPs and Lords figures they knew were massively understated for the  costs of property along the route of HS2, the real question is what else do they continue to knowingly lie about?”

“HS2 Ltd is shockingly incompetent and these figures are no real surprise.  Right from the start HS2 have appeared to use almost every tactic possible to minimise what they spend on property from people affected by HS2 Ltd.  It’s never been clear whether that was through malice or simple incompetence, but it’s most likely been a bit of both.”

“This is the second time it has been publicly revealed that the HS2 Ltd board were not informed with what was actually going on in the company.  They have clearly been failing in their duty to scrutinise the company’s activities, but then again it has always seemed that HS2 was being run as a gravy train to line the pockets of a favoured few with taxpayers’ money.”

“HS2 is clearly a dysfunctional organisation, pushing through a hugely expensive white elephant of a project.  It should be scrapped as soon as possible, so that the real problems with transport in this country can be sorted.”