We have the sad task of passing on the news that Neil Caulfield, Clerk to the Commons HS2 Hybrid Bill Committee has died suddenly. Whilst we have become sadly accustomed to the passing of people we know over the last six years, it is a significant shock to experience it with someone so young. Mr Caulfield was 51. 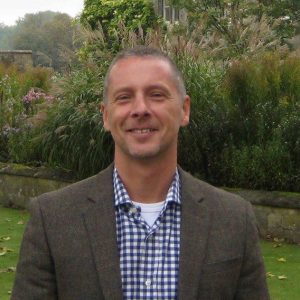 Whilst retaining his impartiality, Mr Caulfield was exceptionally helpful to both Stop HS2 and individual petitioners to the House of Commons in making what was a complex and bewildering process more accessible and understandable.

As an example of how well we had worked together, not only did he advise on the petitioning guidance published by Stop HS2, but he amended the official Parliamentary guidance based on our input.

Neil was also instrumental in allowing community representatives to accompany the Commons Committee on site visits to achieve balance, an approach which sadly the Lords Committee who made site visits last week did not adopt. His legacy has however extended into the Lords process, as he pointed out precedents on locus standi, impartially to both those challenged and the promoter of HS2 when challenges were made in the House of Commons, and Stop HS2 made use of them just this week to the Lords.

Most importantly, as he made us aware of at the time and missed this time by all other parties this week, was that of ‘Crossfire’ an action group which came into existence purely as a result of HS1. They successfully demonstrated if they had not petitioned, others who would have been automatically given locus standi would have done so. We hope that this precedent of representation, that Neil made us aware of, will again help allow locus standi for Stop HS2 and indeed action groups and others which have been challenged. It might not, but the point is that he did not have to share that knowledge, but he chose to, maybe in part as a recognition of the significant difference in resources available to the Government machine, and those of us struggling to combat it.

The Commons Private Bills Office have asked us to pass on the message that If anyone would like to write to Neil’s family, they would be very welcome to write to Neil’s mother, Mrs Eunice Caulfield, care of Michelle Garratty, Public Bill Office, House of Commons, London SW1A 0AA. Michelle (who worked closely with Neil helping with HS2 petitioning) will be forwarding on all the letters and cards received.