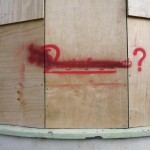 Earlier this week London TransportWatch, the London Assembly group which looks out for transport users, reviewed HS2 and in particular clause 39 of the HS2 Hybrid Bill at one of their board meetings.

Both Stop HS2 and London Transportwatch raised the issue of clause 39 in our petitions to the Hybrid Bill committee.

At the moment, the Railways Act 2005 sets out statutory closure provisions for railway services and stations, including cosultations on proposed closures. However the Hs2 Hybrid Bill circumvents this and allows the Secretary of State to ignore the statutory closure provisions at any time before HS2 “is ready for commercial use” if they consider it “necessary or expedient” because of HS2 building works or operation.

London TransportWatch expanded on this in their papers for the board meeting, with their update on High Speed Two saying:

6.5 Since we lodged our petition against the proposed exemption from the Statutory Closure Process, we have found that this is actually wider reaching than feared. The plans would allow HS2 Ltd to summarily close any line in order to construct or operate HS2, without any formal consultation process. There is ambiguity in whether this is until the opening of HS2, or in perpetuity, but either is unacceptable. We have received a commitment that HS2 Ltd would consult with London TravelWatch, but not as a formal consultation process.

What’s more, the clause 39 exemption has other nasty stings.

Whether you live near HS2 or not, this affects everyone who uses the railway, and it should be removed.