This is by Madeleine Wahlberg. 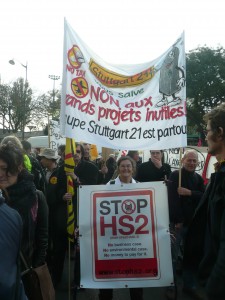 Opposition to HS2 has been as much concerned with the processes that the governments have followed as with the case against the train itself. Concerns have included the lack of accountability; the reliance on myths rather than evidence; and the attempts to by-pass democratic processes. A key criticism has been the dearth of independent and informed evaluations of HS2 proposals and the minimisation of democratic engagement (such as in the Community Forums; the ludicrous responses to consultation results; the manipulation of the Select Committee process; and the passing of an Act to spend an unspecified amount of money on HS2 before it has even become law).

All of this raises fundamental issues of democracy and human rights and this sort of experience is widespread across megaproject schemes in Europe as well as elsewhere in the world. There is an increasing understanding that what is at issue with the governance of these megaprojects goes far wider than the detailed impact of particular rail or air schemes – as bad as these are. The megaprojects have become a human rights issue.

The importance of this human rights dimension has now been recognised beyond the activists who engage with particular projects, and the latest example of this is the forthcoming  Permanent Peoples’ Tribunal (PPT) hearing. The PPT is a development of the former Russell Tribunal who conducted international tribunal hearings on human rights abuses particularly in the Third World or ‘The South’. The Tribunal intervenes when national and international justice systems have failed to ensure that people’s rights are respected. Increasingly this eminent body has come to recognise the threats to human rights in ‘The North’ and they have started a hearing on megaprojects such as HS2. The PPT aims to defend and affirm the principles of social justice and democracy.

What is this PPT process?

When the interest of the PPT in megaprojects and human rights became known, the Counter Observatory Valsusa, (an organisation closely connected to the opposition to the Turin-Lyon high speed rail TAV) submitted a petition to be heard by the PP Tribunal. The activist organisation NO TAV took this lead on behalf of a number of megaprojects across Europe including HS2. You can see the petition here (Our petition) and it was signed by many mayors from the municipalities affected; by thousands of citizens; many socially committed institutions such as the European Association of Lawyers for Democracy & World Human Rights and The Italian Association of Democratic Jurists; and by well-known figures from across the world including Leonardo Boff, Noam Chomsky, Gustavo Esteva, Gianni Ferrara, Dario Fo, Luciano Gallino, Serge Latouche, Ken Loach, Salvatore Settis, Herbert Walther. 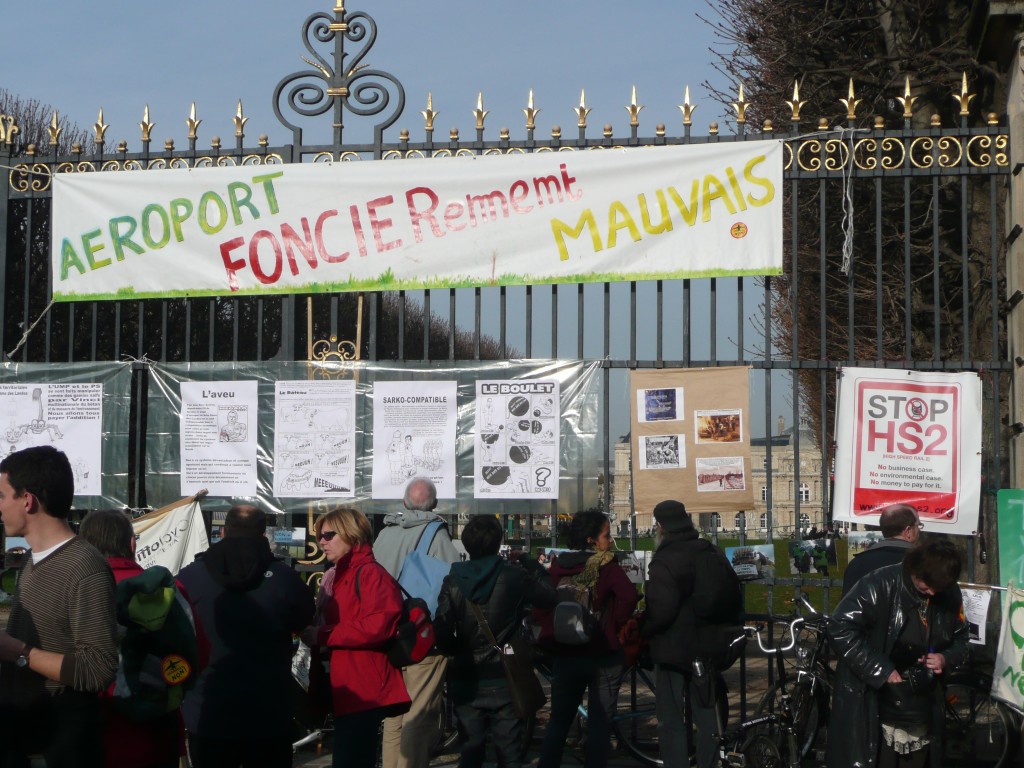 The preliminary Tribunal hearing was held on 14th March 2015. It included evidence from STOP HS2 and the PPT made the decision to go ahead with a full hearing (see details below). The issue of human rights abuse and megaprojects such as HS2 does cover the points raised in the first paragraph above. But the abuses of human rights go beyond that in places such as the Susa Valley, Notre Dame de Landes, South Basque and Stuttgart where military occupation, imprisonment, huge fines and police use of water canon against children have been a core part of the governance of those megaprojects. Many megaprojects share (and depend on) the abuse of democratic human rights and it was this that influenced the PPT to extend the hearings across a number of them, whilst taking the Lyon-Turin TAV scheme as a more detailed exemplar. The accused in that TAV case include the institutions promoting the projects and the companies selected to carry them out; the Italian Government, particularly some officials in charge of implementation; the European Parliament Petitions Committee; and the EU coordinator of the Mediterranean Corridor of the TEN-T (Trans-European Transport Network in Europe).

The full hearing will be in TURIN from 5th to 8th November 2015. The final judgement will be given on the Sunday. All the hearings are in public and details of the location and programme can be found here: 4 days of the trial in Turin. The official languages of the sessions, with simultaneous translation, will be Italian, Spanish and French.

We invite the media to attend the PP Tribunal hearings.