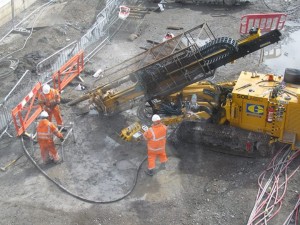 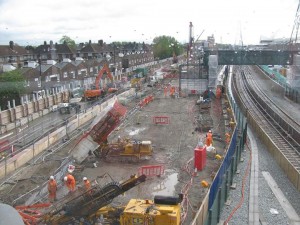 The site, at Royal Victoria Dock, was chosen because it offered the closest example of what borough people can expect because tunnel boring machines were in operation to create a tunnel portal, like the one that will be built in West Ruislip.

The group was told that Crossrail had received around 100 complaints per year from people living around the site since building began.

“There was far more surface work than we had calculated before. It seemed to go on for miles.

“The workers were moving a water utility which has taken around a year to do. This is the sort of work that will be carried out in West End Road.

“It was happening right outside front doors, there wasn’t even enough room for houses to bring a bicycle outside their homes. If Emergency services needed to get to homes they had to go into the construction site. Bus routes were diverted, and the level of noise was quite disturbing,” 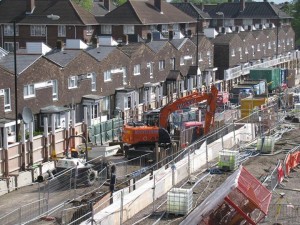 On Facebook she described the pictures she posted
“We were shown around this construction site to give an idea what to expect at West Ruislip. Note how close the houses are to the site- they were offered triple glazing but no option to move or compensation. The work closest to the houses is the utility movement which is expected to be complete in 1 YEAR. The site has been there for 2 years and not expected to be complete for a further 3 YEARS. The pics give an idea of the size of the tunnel portal – though HS2 is expected to be bigger than this. What you can’t gain from photos is noise – it was early Sat a.m and you needed to raise your voice over the machinery being used – a level that is apparently acceptable.” 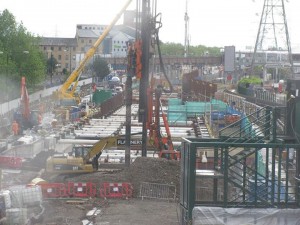 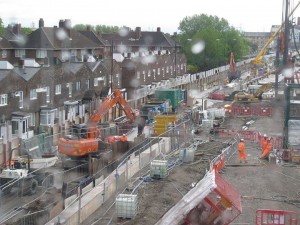