As expected, following heavy whipping from both the Coalition Government and the Labour opposition, the HS2 Phase 1 Hybrid Bill passed the second reading.

Stop HS2 will continue the fight and we intend to stop HS2.

There is a long way for the bill to go before it gets to the third reading – which will not happen until after the next general election.

When even stalwart supporters of HS2 such as Birmingham City Council intend to petition Parliament about the plans (as announced by Liam Byrne during the debate), its clear that there are serious flaws in the project.

With your support we will get HS2 cancelled.


But we need you to actively campaign, to petition where appropriate, to donate time and money and to help us get the message to MPs that they should do the right thing for the country and cancel HS2. 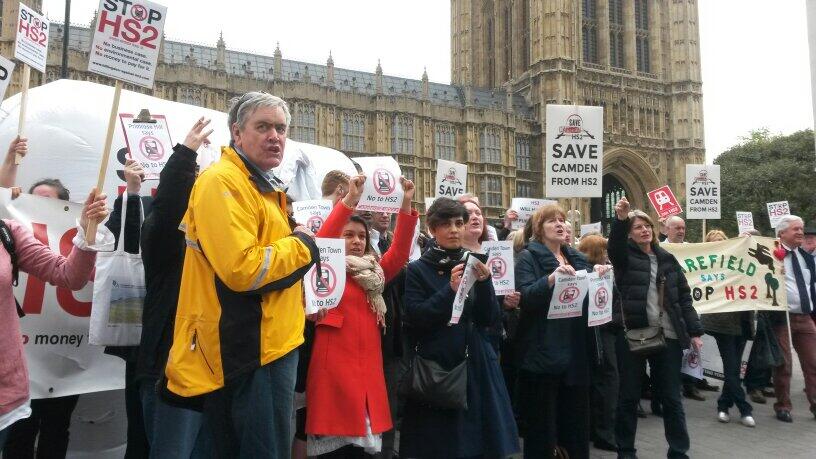 email
Tags: News
News
One comment to “The fight continues!”