Today (12th June 2018), New Civil Engineer has reported that the first set of contracts for building parts of the first Phase of HS2 are estimated to come in at £1.2bn over the target price, 18% over budget.

In July 2017 HS2 Ltd signed seven two-part design and build contracts, which were meant to be worth up to £6.6bn, designing and then building the civil engineering required for the first Phase of HS2. The concept was that the winning bidders, which included now-bankrupt Carillion, would go away and complete a final design for HS2, after which the construction element of the contracts would be confirmed. These contracts simply included building the main civil works for HS2 such as tunnels and bridges, and do not cover building the four proposed stations, or the laying of tracks and associated railway works such as the overhead power lines.

The figures reported by New Civil Engineer would put the forecast £6.6bn bill for this one element of Phase 1 of HS2 at £7.8bn. NCE reported:

“While one source said that the collective price was coming in at “around £1.2bn” over budget, another said that some bids were “as much as 30% to 40% higher” than their individual target price.”

“As a result, NCE understands that the notice to proceed has been pushed back from November until February 2019 with one source claiming that they had been told to “go away and sharpen their pencils” to cut costs.” 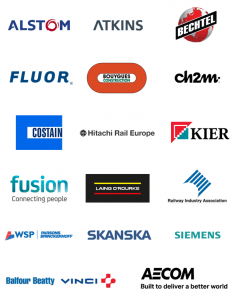 Last week the National Audit Office confirmed that two of the contracts, which cover all the work from Amersham in Buckinghamshire to Long Itchington in Warwickshire, were awarded in July 2017 to a joint venture which included Carillion, just 21 days after they had issued a profit warning. That followed on from the news that a joint investigation into the collapse of Carillon, by Parliament’s pensions and work and business committees, found the accountancy firm EY had been advising HS2 Ltd on the health of Carillion while simultaneously giving financial advice to Carillion.

The remaining partners in CEK JV consortium, Eiffage and Kier since have taken over Carillions slice of the work, which on the original estimates was worth £450m of the total £1.34bn they said last year their work would cost.

Whilst some enabling works, such as clearing wildlife habitats, knocking down buildings, digging up graves and moving gas pipelines has started, no construction work on HS2 has taken place despite the fact this was originally scheduled to start in summer 2017.

“It is absolutely no surprise at all that the costs of HS2 are due to go up, because going up is the only thing the costs of HS2 ever do. Ever since vested interest groups first conned Government into taking on the white elephant they wanted to build, that small cartel of construction firms have been running transport policy at the taxpayers expense. With a complete lack of oversight for an unjustifiable project, it is inevitable that the cost will keep going up and up and up.”

“The important thing to remember here is it’s not the overall £55.6bn price of HS2 that’s due to go up by £1.2bn, it’s a small element, only about a tenth of the overall work which is jumping 18%  as £6.6bn becomes £7.8bn, and that’s before they have even started! There is only one way to stop the cost of HS2 spiralling to even more ridiculously unmanageable levels, stop it now before we are absolutely committed to it.”

“The sad reality is that despite the fact the cost of HS2 has almost doubled since it was first announced and that construction is already over a year last, we have a transport secretary who can say nothing except that he believes ‘HS2 is on time and on budget’, despite the fact it is absolutely clear prioritising HS2 is already starving the rest of the rail network of any investment, and this will continue to do for decades if it goes ahead. We have seen in the last few months the cancellation of planned upgrades across the rail network and a delusional Transport Secretary who doesn’t seem to think that he has any responsibility for the unbridled misery faced by people who are simply trying to catch a train. Given this, does anyone really expect HS2 to be anything other than a cataclysmic disaster?”

The value of the contracts as signed in July 2017 was: