A Freedom of Information request has revealed that reports from the Governmental Major Projects Authority (MPA) which assess the progress of HS2 are no longer being shared with HS2 Ltd themselves.

In answer to the request: “I would like to know the latest traffic-light rating given to the HS2 project by the Major Projects Authority. I would also like a copy of this report, or at least to know the areas of concern and/or suggested actions which have been recommended.”

“The information requested forms part of the Major Projects Authority’s advice to the Senior Responsible Officer for the HS2 project at the Department for Transport. HS2 Ltd does not hold this information.” 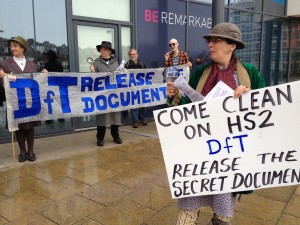 Whilst all previous FOI requests to HS2 Ltd for MPA reports have been turned down, with it being claimed that publication does not pass the public interests tests, the quango has never before claimed not to have received the MPA reports, which make specific recommendations for HS2 Ltd to implement. It seems unlikely that HS2 Ltd would be able to implement recommendations from the MPA if, as the FOI response claims, they do not know what those recommendations are. The same request was made to the Cabinet Office, who run the MPA, on 27th August, but they are yet to reply.

This request relates to a report believed to have been compiled in June this year, whilst an FOI relating to the MPA report from November 2014, which HS2 Ltd Chairman Sir David Higgins admitted raised ’75 complex questions’ with the project, has now reached tribunal stage. Following both the Cabinet Office and HS2 Ltd refusing to release this report, the Information Commissioner ruled in August that both bodies should either release the report, or come up with a better excuse, as they had failed to accept the information had environmental implications. They have decided to appeal this decision and this case will now go to a tribunal at a later date. Click on the links for the rulings made over the Cabinet Office and HS2 Ltd. 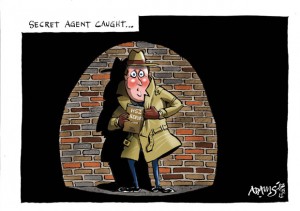 Following a three-year legal battle from Dr Paul Thornton over a request to see MPA reports on HS2 from 2011 & 2012, the Government finally published them in June this year. Originally Transport Secretary Patrick McLoughlin had exercised a veto, saying publication would “Create political and presentational difficulties”, continuing: “Counsel has advised that it will be better to veto now rather than after an adverse tribunal decision.”

In the end those reports were clearly prophetic. Following the Evans case regarding Prince Charles’ ‘Black Spider’ Letters which set a legal precedent for publication, the reports were sneaked out on the same day that  McLoughlin ‘paused’ Trans-Pennine and Midland Mainline electrification projects. If these reports had been made public sooner, this decision would have been known to be inevitable, with the June 2012 report stating clearly:

Whilst the November 2011 report stated:

“The Department [for Transport] cannot judge with a high degree confidence that the delivery of the London to West Midlands project is affordable.”

“We are now being told that reports which make recommendations for HS2 Ltd to implement are no longer being given to HS2 Ltd, just six months after the previous report raised ‘75 complex questions’. Whilst there is little evidence that HS2 Ltd have ever implemented recommendations from the MPA, it would seem rather impossible to do so if they do not even know what those recommendations are! This is just another indication that this project is totally out of control.”

“Having lost the Prince Charles case, the entire legal basis for the Government refusing to publish MPA reports on HS2 has vanished. They should publish all these reports without further delay, but instead want to stretch things out as long as possible because they don’t want people to know the truth about how badly managed HS2 is. It’s quite simple, you don’t bury good news.”