It seems that every event that affects the railways encourages claims that the £55 billion HS2 is needed, and yesterday’s collapse of a bridge at Barrow-upon-Soar was no exception.

Rail line between #Leicester and #Loughborough closed due to bridge collapse. #HS2 will add an alternative to this route when open.

The thing is, the extra routes provided by HS2 will be of very limited. It certainly won’t help with some of the biggest problems in recent years – such as the collapse of the railway in Dawlish.

There are already a number of alternative routes to London – for yesterday’s travellers, Network Rail listed the following alternatives on their website: 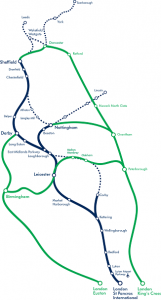 But that was for yesterday: today trains are running to London again with most local routes due to reopen this afternoon.

HS2 would have no effect on the part of the railway directly affected, the Leicester to Loughborough line. It won’t an alternative for people in the area: even if HS2 was built they would still be using the replacement bus service. What’s more, HS2 would only provide an alternative to a closure like this if it happened in a limited list of places.

But a bigger problem with HS2 is the opportunity cost. Any new stations will need infrastructure to get passengers to the stations so they can go to London, which will divert spending from maintenance and infrastructure needed by local people to get to local destinations.

HS2 is a £55billion white elephant which should be cancelled, not a panacea for other railway problems. 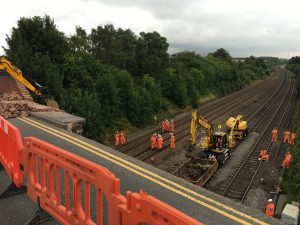 Whatsapp
Tags: News
News
One comment to “HS2 is not the alternative”