Richard Lloyd, from the Heart of England High Speed Railway Action Group recently had the following graph published in the Solihull Observer. 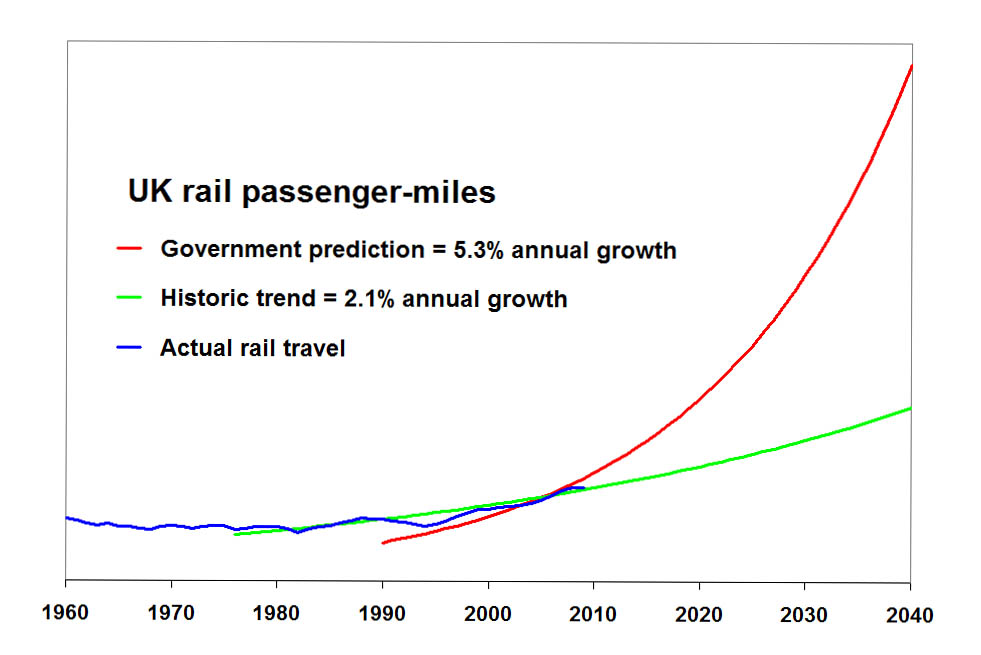 The blue line shows the actual annual totals of passenger-miles over the last few decades, copied from Government statistics.

The green curve is an estimate for the future, based on smoothing out the bumps and dips in the blue line over the last 30 years.

So what’s the red line?  It’s the projected growth in demand for rail travel that the government are using as the basis for the case for the proposed high speed rail link.

HS2 Ltd’s expected growth in demand for passenger numbers underpins the entire case for building HS2.  This is much higher then other forecasts, such as Network Rail’s predictions.

(To be fair, HS2 Ltd’s CEO, Alison Munro told the Transport Select Committee that HS2 Ltd weren’t taking the most optimistic possible case, because  they “have assumed that there is a point in the future where demand doesn’t continue to grow” – it’s just that point is  a very long time in the future.)

The case for HS1 in Kent was also based on a large expected growth in passenger demand.  However, as the following graph shows, the actual passenger numbers are a fraction of the original projections. 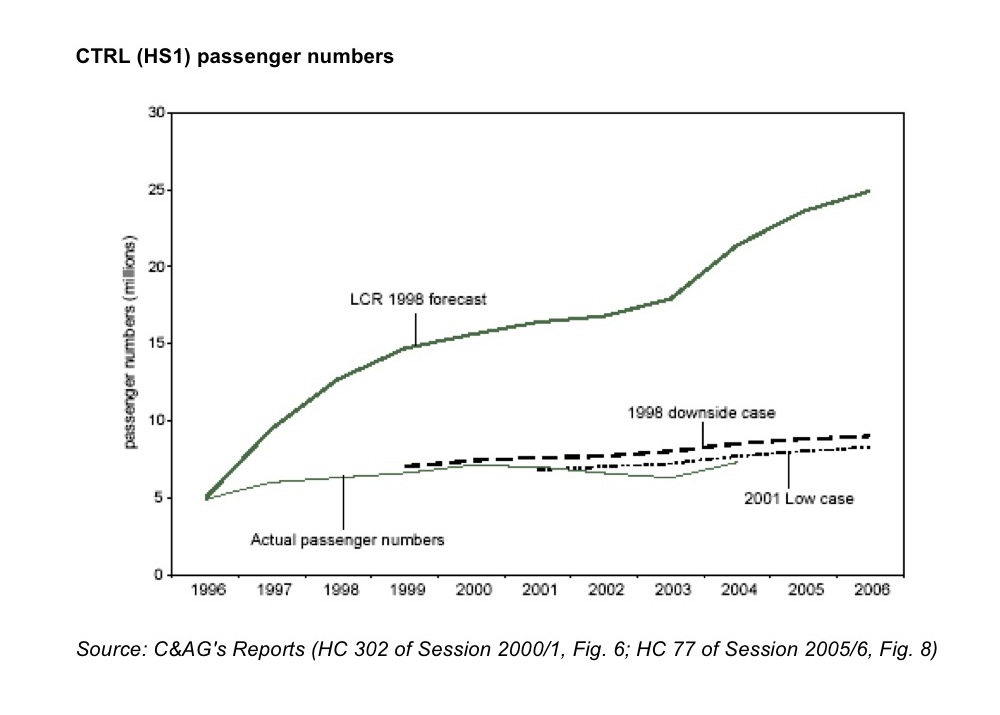