Today, Stop HS2 campaigners have rebranded the Labour Conference, as a new petition against the project has started trending on the government e-petitions website.

There’s a class war take on #hs2 at #labourconference2017 pic.twitter.com/KPJX5MW1pQ 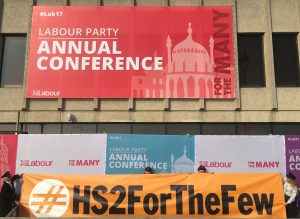 Campaigners, dressed as ticket inspectors rebranded the Labour slogan ‘For the many not the few’ as ‘#HS2ForTheFew’, with a large banner across the front of the conference building. Campaigners have also been giving out replicated rail tickets which have been edited to reflect the costs and consequences of HS2, with the class bracket stating “privileged few”, the route labelled “one way to disaster”, the ticket type referred to as “super excess vanity project” and the method of payment “increased cuts to essential services”.

This is at the same time as a new petition, launched on 21st September which calls for the cancelation of HS2 and the repeal of the High Speed Rail Acts, which is on course to reach the 10,000 signatures needed to get a Government response in just one week. The petition laments the fact that independent analysis of the case for HS2 has been ignored, the rising costs and hollow justifications, along with the fact it is being pushed at a time of continued austerity and cuts to essential services.

“We’ve handed out thousands of #HS2ForTheFew rail tickets to Labour supporters and you can count on one hand those delegates who are in favour of this white elephant. It’s about time Jeremy Corbyn got up to speed with his supporters and says no to this colossal waste of money.”

Lots of great campaigns at #lab17 – none better than the voices against #HS2. An expensive white elephant that should be scrapped! pic.twitter.com/6WkXq9j2oj

“We’ve been using the slogan #HS2ForTheFew, because whether it is the construction firms who will make billions after lobbying for HS2 to be built, the business elite who will be able to afford tickets, the politician who dreams of cutting a ribbon and having their name on a plaque, or a couple of short-sighted unions who can’t see the bigger picture behind the fact more railways mean more members, this entire project is being built because there are a few, a very few, with vested interests and access to power who want this vanity project built. It is clear that there is a lot of public anger out there about HS2, and we hope people will show it and sign our petition.” 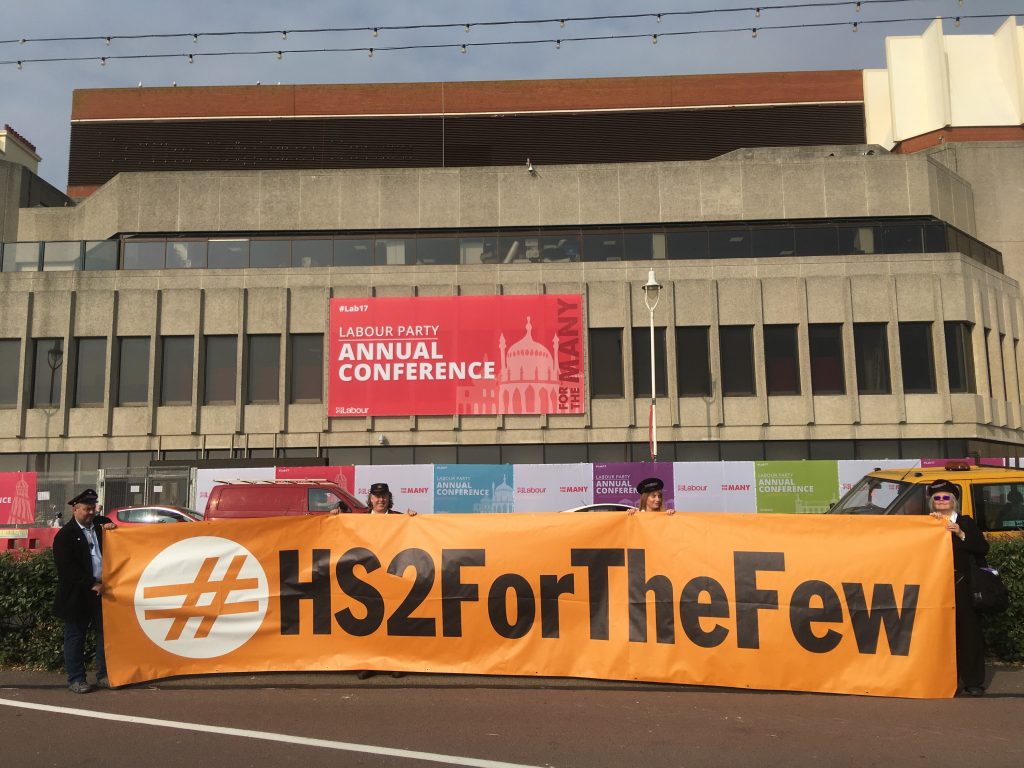