Famous detectives including Sherlock Holmes, Miss Marple, Inspector Poirot and Kojak arrived in Hastings today to search for secret documents about the HS2 rail project. Release of the suppressed Cabinet Office report has been blocked by Secretary of State for Transport, Patrick McLoughlin, who was in town to attend a ‘rail summit’ organised by Amber Rudd MP. 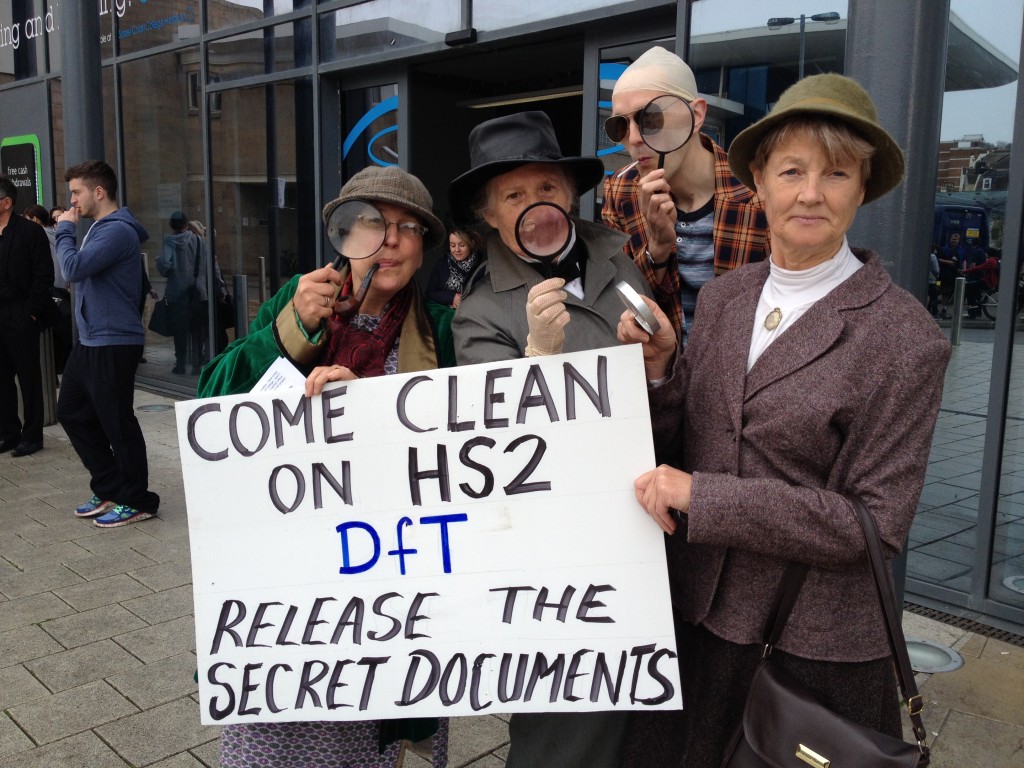 The Information Commissioner has ordered the release of the 2011 Major Projects Authority report, which is believed to show that HS2 has been assessed as ‘amber-red’, meaning that its successful completion is in doubt. However, McLoughlin blocked the release of the report, using rarely exercised veto powers, and citing the need for officials to be able to make their decisions in a ‘safe space’ (the same argument that was used to justify the redaction of the Department for Transport assessment of the case for the Bexhill Hastings Link Road.) 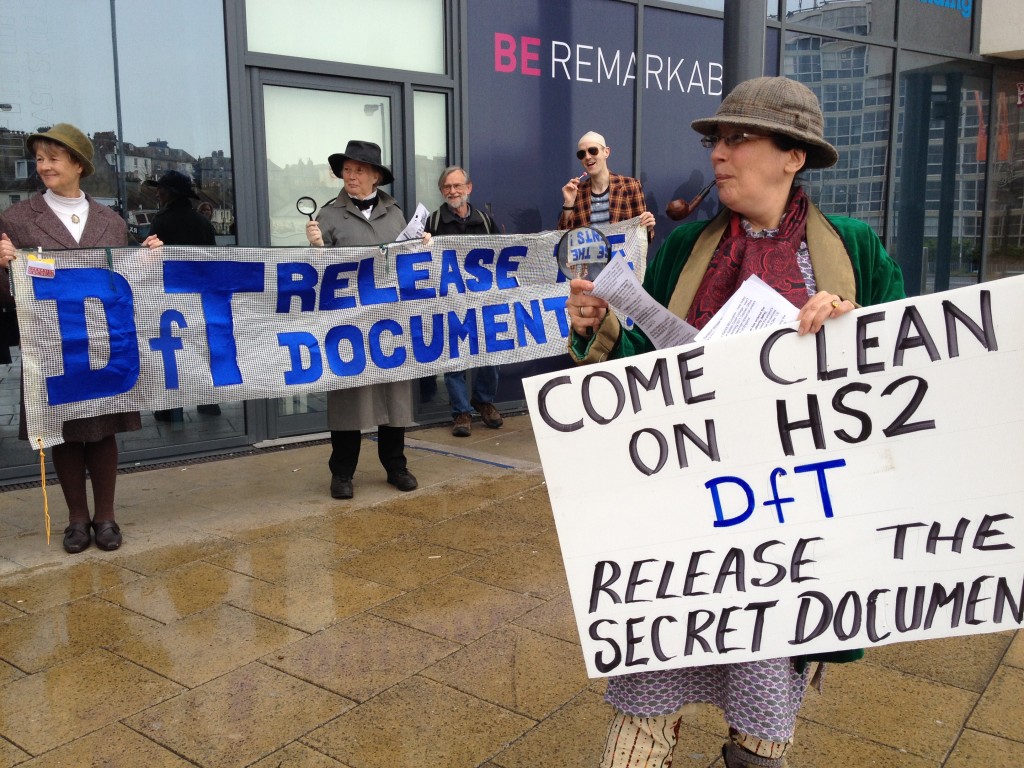 HS2 will cost around £50bn at 2011 prices. It will destroy or put at risk over 80 ancient woodlands, as well as huge areas of open countryside along its 140 mile length. It will cause an overall increase in carbon emissions for at least the first sixty years of operation.

Emily Johns, spokesperson for Combe Haven Defenders, who co-ordinated the detectives’ search, said, “HS2 will increase carbon emissions, cause massive damage to the countryside, and cost the public £50bn. If Patrick McLoughlin truly believes that this white elephant project will be beneficial, he should put his money where his mouth is and release the report. Our crack detectives will continue to search for these vital documents which the Information Commissioner has ruled we have a right to see.” 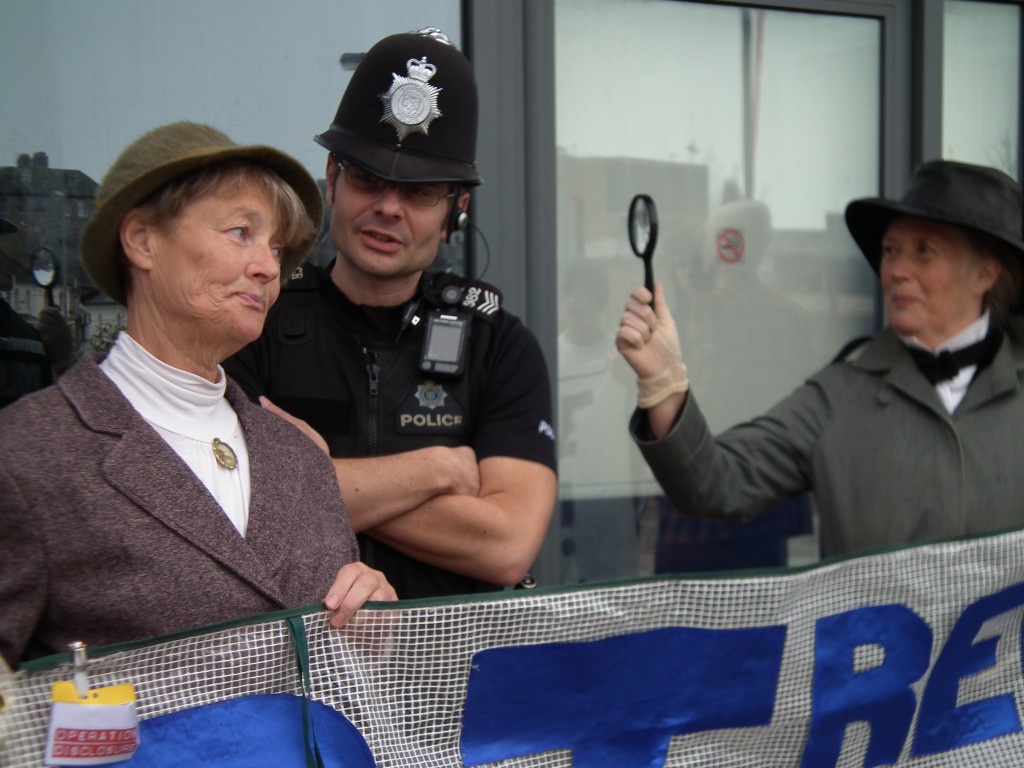