A new report published by The Wildlife Trusts today reveals, for the first time, the vast scale of the destruction and impact that HS2 will cause to nature. ‘What’s the damage? Why HS2 will cost nature too much’ is the most comprehensive assessment of the environmental damage that HS2 will cause. It assesses the broad range of impacts across all phases of HS2 on protected wildlife sites, species and landscape restoration projects.

You can view the full report via this link, or the summary report here.

Drawing on data from 14 Wildlife Trusts affected by the current plans, other charities and landowners* along the route, the report shows that HS2 will divide and destroy huge swathes of irreplaceable natural habitat and important protected wildlife sites up the length of England. This will cause permanent loss of nature, increased fragmentation of wild places, and the local extinction of endangered species.

The report finds that HS2’s current proposals will risk the loss of, or significantly impact: 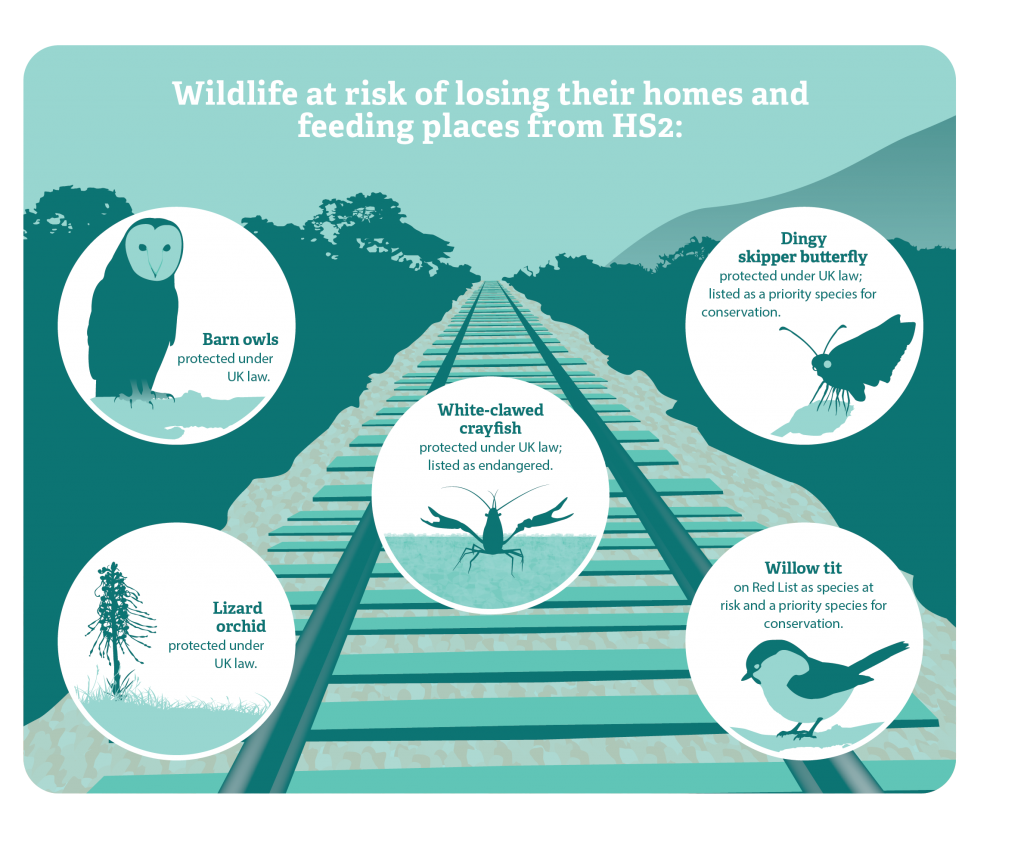 “The figures are grim and the reality is worse. The potential loss of so many really important wild places and the wildlife that depends on them has never been revealed before – nor has the damage that will be done to taxpayer-funded, nature recovery projects. HS2 will destroy precious carbon-capturing habitats if it’s allowed to continue in its current form – it will damage the very ecosystems that provide a natural solution to the climate emergency.”

“The data also shows that HS2 Ltd’s proposed mitigation and compensation is inadequate and the small measures that they have suggested are inappropriate – amateurish suggestions of paltry measures in the wrong places. Nature and our climate are already in big trouble and we must not make a dire situation even worse – that’s why we are calling on the Prime Minister to stop and rethink the entire development.”

The Wildlife Trusts believe that if HS2 has to go ahead, a new approach is needed – one that, in keeping with current government commitments, takes a greener approach which leaves the natural world in a better condition than it was before. The Government has pledged to create a Nature Recovery Network – a commitment to reverse wildlife’s decline by creating more habitat and green arteries that allow nature to spread and thrive once more. Developments like HS2 should not be a permanent barrier to wildlife – they should be designed to enhance, not harm, the environment. It’s not too late to stop and rethink now – before HS2 creates a scar that can never heal.” 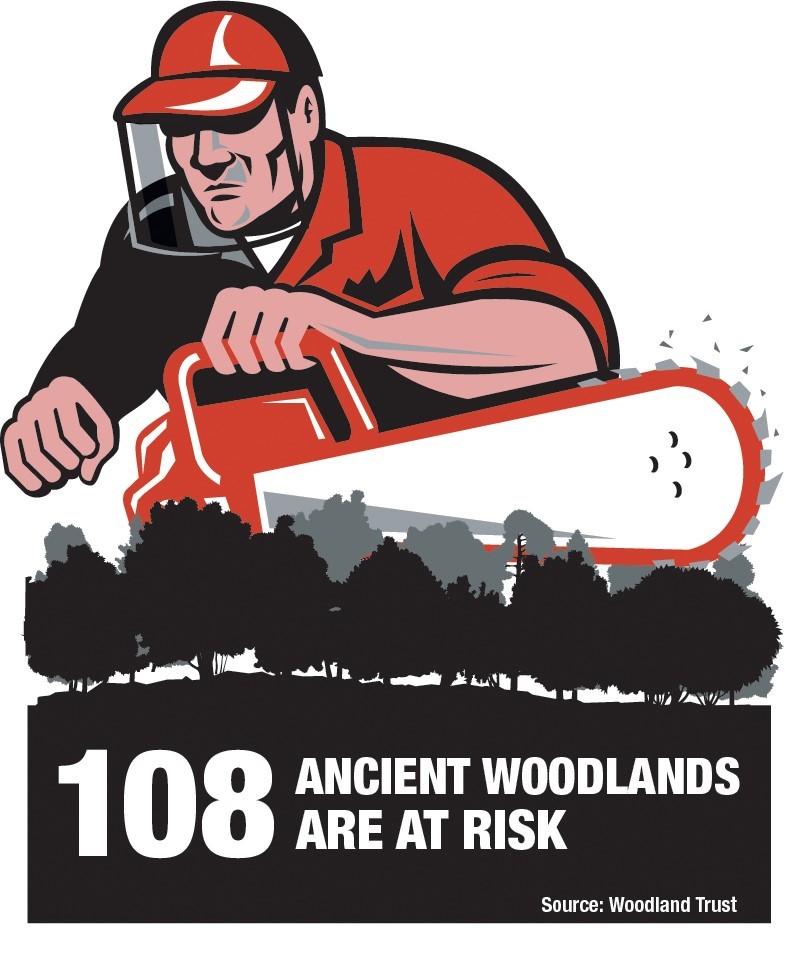 “Because a running speed of 250mph was pulled out of the air for no reason, HS2 has been designed from the outset to be as destructive to the natural environment as possible, and on official HS2 Ltd forecasts will still be a net carbon contributor 120 years in the future. HS2 Ltd has consistently tried to greenwash the impacts of their planned ecocide and downplay the destruction they plan to carry out, but even we are shocked by the sheer scale of the level of planned devastation the Wildlife Trusts have discovered.”

“The greatest shame is that despite there being a review of the future of HS2, some of the sites we have identified are being destroyed right now, the work has not stopped. The Wildlife Trust has identified 693 classified wildlife sites that are threatened by HS2, but we know it will be fewer than that now, as HS2 Ltd have wantonly carried on with their irreversible vandalism during the review process.” 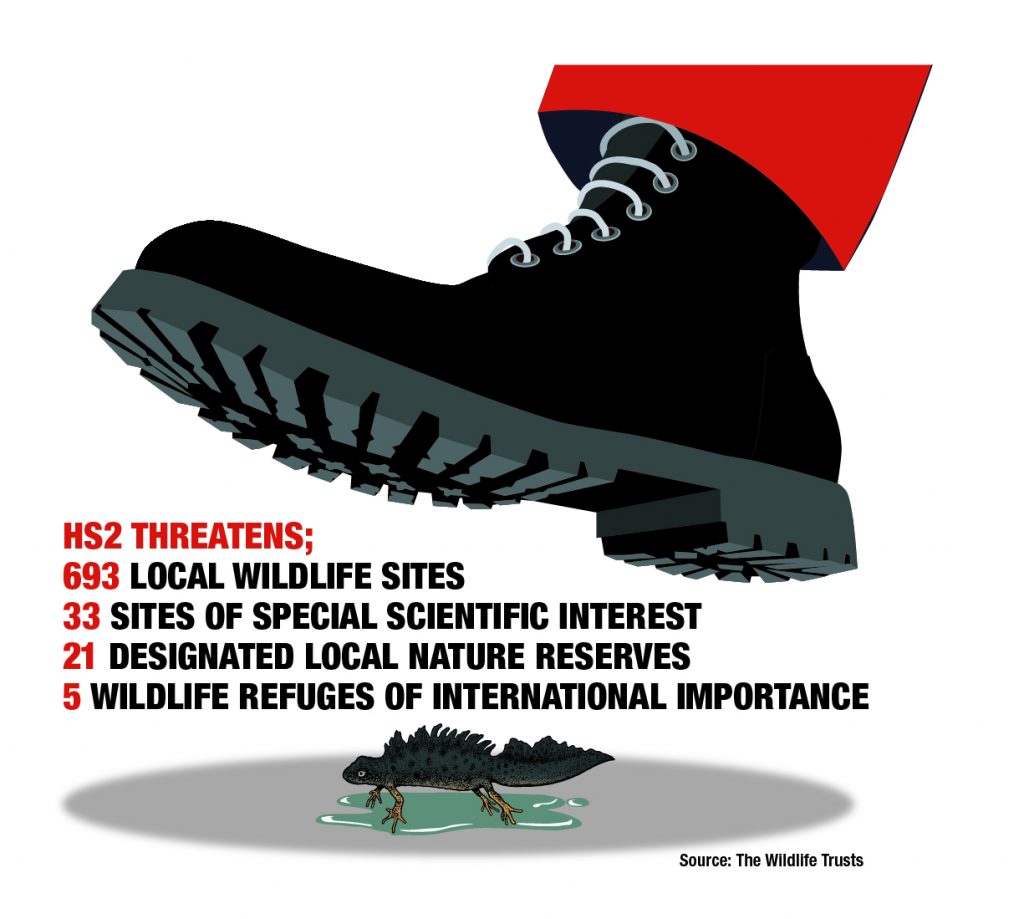 “The scale of damage to the environment from HS2 is horrifying.  A decision to go ahead with HS2 from Boris Johnson will be a decision to slice a scar through England.  Precious ildlife sites are already being hacked apart.  There is no environmental rationale for HS2, it will cause increased carbon emissions well into the 22nd century.  We call on Boris Johnson to halt all enabling works for HS2 immediately, and to cancel HS2 as soon as possible.”

The Wildlife Trusts’ report ‘What’s the damage? Why HS2 will cost nature too much’ can be downloaded at www.wildlifetrusts.org/HS2-report. The Wildlife Trusts are urging people to send a message to the Prime Minister – stop and rethink! This e-action will be live from Wednesday 15th January: wtru.st/ReThink-HS2

Early on in the planning stages of HS2, The Wildlife Trusts developed A Greener Vision for HS2. This report provides the large-scale thinking lacking from current HS2 Ltd plans and, if considered, could provide the net gain for wildlife that is so vital to allow our natural world to recover. While HS2 Ltd has proposed a green corridor along the route, it is far from adequate and can only be seen as a start to delivering a necessarily more ambitious vision.

The Wildlife Trusts are deeply concerned at reports that HS2 has removed its intention to “minimise the combined effect of the project” on climate change and the environment from its policy.

This weekend, in conjunction with Extinction Rebellion and Save Colne Valley, Stop HS2 will be holding Stand for the Trees event in Harefield. Details can be found here. 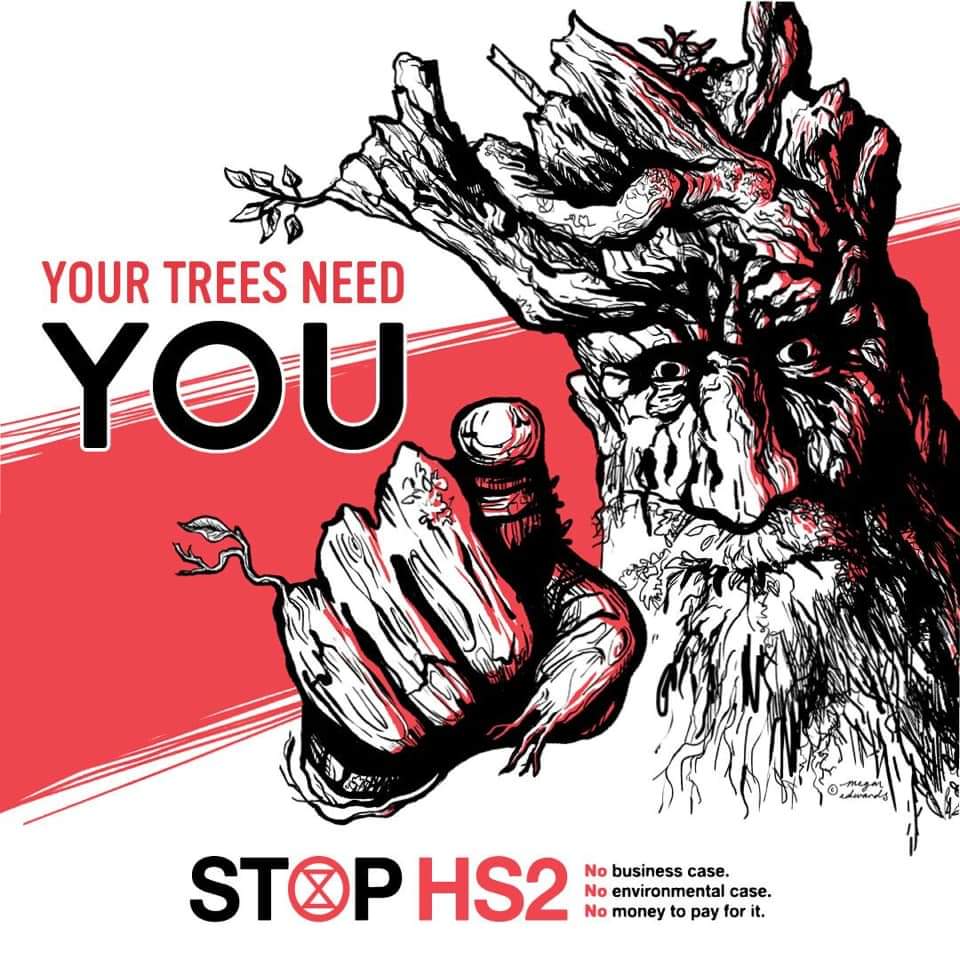