Andrew Tyrie MP, the Chair of the Commons Treasury Select Committee has written to the Secretary of State for Transport, saying that the economic case for HS2 is not supported by the numbers when it comes to capacity and speed, and that out of all the projects proposed by Government, HS2 is the weakest.

His comments come during a terrible week for the project in which; the Adam Smith Institute labelled the project ‘economically irresponsible’, the Lords Economic Affairs Committee reminded the Chancellor that they concluded the case for HS2 has not been made, the Public Accounts Committee reported that the costs of HS2 are volatile, the timescales unrealistic, that there is no money for regeneration and no plan for how it will effect existing trains, and of course the Chief Executive of HS2 Ltd quit his job.

In his letter, Mr Tyrie said:

“We also discussed HS2. In your speech in Derby on 21 July, you made clear your support for the project, justifying HS2’s economic case on the basis of both capacity and speed. But the numbers do not support such an argument, as the Treasury Committee found when it took evidence from KPMG and a panel of academics in November 2013. HS2 has the weakest economic case of all the projects within the infrastructure programme, yet it is being pushed through with the most enthusiasm.” 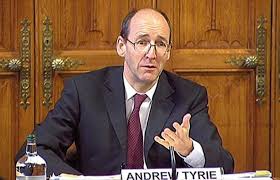 “The question of whether it is possible to improve capacity at lower speed and, consequently, at a lower cost, has not been comprehensively examined. In its strategic case for HS2, the Department for Transport asserts that the nine per cent cost savings attributable to the construction of a new conventional railway — along the proposed high speed route— would be outweighed by the economic benefits to be gained from reducing journey times and improving connectivity between our main cities.”

“As the Lords Economic Affairs Committee and the Institute of Transport Studies at the University of Leeds have concluded, the evidence behind these benefits was unclear. The Lords Committee recommended that ‘the Government review opportunities to reduce the cost of constructing HS2 through a change in the design of the scheme to one with a lower maximum speed’. This work has yet to be completed.”

“The question about what route a high speed line might follow was addressed over 12 years ago in a feasibility study commissioned by the Strategic Rail Authority. The Government has failed to explain clearly why it regards this feasibility study as providing the evidence to select the corridor through the Chilterns. Some details of other alignments to the Chiltern alignment have been set out in subsequent reports — including in the London-West Midlands Environmental Statement published by the Department for Transport in November 2013 — but these do not appraise the costs and benefits of constructing a conventional rail line along a different route to the high speed option at a level of detail that should be a requirement of a project of this scale and cost.”

“The case for providing sufficient detail to enable other ways of improving rail capacity — including at lower speed – to be fully assessed, remains very strong.”

“As Andrew Tyrie points out, the Department for Transport say that a conventional speed railway would cost 9% less than HS2.  With HS2 currently expected to cost £56 billion, that’s around £5 billion.  But in additional to being substantially cheaper, a conventional speed railway could have stations in more places, bringing benefits to far more people. It would also be able to curve round sensitive wildlife sites, whereas to get the speed wanted by ministers, HS2 has to blast through them.”

“In Andrew Tyrie, we have yet another person representing a group which has no axe to grind apart from making sure public money is not wasted, who is saying HS2 will be a waste of money, and the case to support the project has basically made up. When the Chair of the Treasury Select Committee says HS2 is the weakest of all the projects proposed by Government, any rational person might think something would be done, but sadly there is nothing rational about HS2.”

“In the last week we have seen widespread, detailed and authoritative criticism of HS2, but it doesn’t seem to matter how bad the case for HS2 gets, there seems to be a collective blindness to reality, meaning the only response from Government when the alarm bells ring is to stick their fingers in their ears. The whole thing defies any logic whatsoever.”